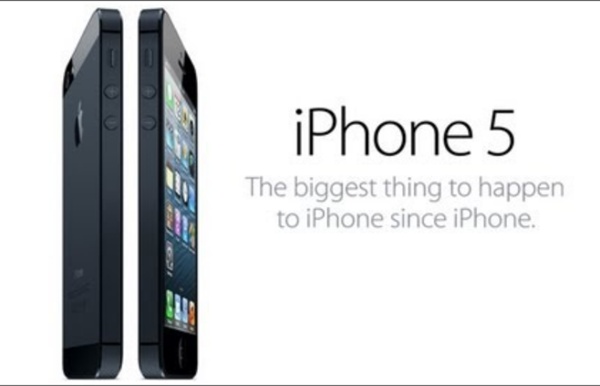 Judas Iscariot Judas Iscariot (Hebrew: יהודה‎, Yəhûḏāh) was, according to the New Testament, one of the twelve original apostles of Jesus Christ, and the son of Simon Iscariot. He is infamously known for his kiss and betrayal of Jesus to the hands of the chief Sanhedrin priests in exchange for a payment of thirty silver coins.[1] His name is often invoked to accuse someone of betrayal, and is sometimes confused with Jude Thaddeus. Though there are varied accounts of his death, the traditional version sees him as having hanged himself out of remorse following his betrayal. His place among the Twelve Apostles was later filled by Matthias. He was the first apostle to die, and the only apostle not to achieve sainthood in the Roman Catholic Church. Etymology[edit] One popular explanation derives Iscariot from Hebrew איש־קריות, Îš-Qrîyôth, or "man of Kerioth". Role as an apostle[edit] Judas is mentioned in the synoptic gospels, the Gospel of John and at the beginning of Acts of the Apostles. Theology[edit]

Cosmo, the Hacker 'God' Who Fell to Earth | Gadget Lab Cosmo is huge — 6 foot 7 and 220 pounds the last time he was weighed, at a detention facility in Long Beach, California on June 26. And yet he’s getting bigger, because Cosmo — also known as Cosmo the God, the social-engineering mastermind who weaseled his way past security systems at Amazon, Apple, AT&T, PayPal, AOL, Netflix, Network Solutions, and Microsoft — is just 15 years old. He turns 16 next March, and he may very well do so inside a prison cell. Cosmo was arrested along with dozens of others in a recent multi-state FBI sting targeting credit card fraud. It is the day before his court date, but he doesn’t know which task force is investigating him or the name of his public defender. With his group, UGNazi (short for “underground nazi” and pronounced “you-gee” not “uhg”), Cosmo took part in some of the most notorious hacks of the year. “UGNazi was a big deal,” Mikko Hypponen, the chief security researcher at F-Secure, told Wired via email. So, yes, he is Cosmo the God. “Oh! Busted

ultimate fighting jesus | Eugene Cho I get it. Men and women are different. In fact, I embrace it. And I also get it that there’s an issue with men in the church. Statistically, only 40% of folks in the church are men and there is also the issue of fewer men actively serving and leading within the church. Emasculation as one of the greatest threats? Christianity Today has a worthwhile read entitled, A Jesus for Real Men [What the new masculinity movement gets right and wrong]. Mark Driscoll, pastor of Seattle’s Mars Hill Church, desires greater testosterone in contemporary Christianity. The aspect of church that men find least appealing is its conception of Jesus. There is an issue but aren’t we overreacting and going to the other extreme – and consequently, further away from Jesus. So, what does it mean to be a Christian man? Seriously, I personally don’t care what you eat, drink, hunt, or watch as long as it isn’t porn. Brandon O’ Brien, the author of the article, writes: I live for this Jesus! What do you think?

my quasi-conversation with rob bell…about women | Eugene Cho Well, I finally met Rob Bell last night and had an intense conversation with him. Kind of. Like indirectly. He was in Seattle for the Seeds of Compassion event with the Dalai Lama. I have no problem with that at all. Rob Bell spoke initially and eloquently for about 15-20 minutes on the thrust behind his upcoming book entitled, Jesus Wants to Save Christians. There is a church not too far from us that recently added a $25 million addition to their building. This is a book about those two numbers. It’s about empty empires and the truth that everybody’s a priest, it’s about oppression, occupation, and what happens when Christians support, animate and participate in the very things Jesus came to set people free from. It’s about what it means to be a part of the church of Jesus in a world where some people fly planes into buildings while others pick up groceries in Hummers. Ok, that’s when things got a little awkward and we had our indirect conversation. And how did she begin her interview?

How to Install 200+ Free and Open Source Games in One Command on Ubuntu 12.04 - 11.10 - 11.04 -10.04 | If you are looking for an easy way to install over 200 quality free and open source games in Ubuntu, this is it. I've taken the time to go through the Ubuntu Software Center and pick out some of the best games it has to offer. I tried to only include quality games (yes, I left out the glamorous xBill and Bugsx). I must warn, installing these games will download up to 8GB of data from the Ubuntu repositories and depending on your internet speed, could take over 4 hours to complete. Ubuntu 12.04: ​Ubuntu 11.10: ​Ubuntu 11.04 Ubuntu 10.04: If you know of any other great games from the repositories that weren't included, feel free to leave a comment below.

A Jesus for Real Men "The stallions hang out in bars; the geldings hang out in church." This observation from David Murrow strikes a little close to home for someone like me. I always thrived in my congregation but was never certain I fit the mold of masculinity I saw modeled around me. So as much as I resent Murrow's sentiment, it nevertheless rings true: In many churches, a certain type of man is conspicuously absent. The disparity in men's and women's attendance in American churches has made men the target of specialized ministry over the last two decades. The first writer to popularize this concern was John Eldredge, who, in his three-million-selling Wild at Heart (Thomas Nelson, 2001), lamented that the masculine spirit was at risk because "most men believe God put them on the earth to be good boys." We've been beaten down Feminized by the culture crowdNo more nice guy, timid and ashamed … Grab a sword, don't be scared Be ... You have reached the end of this Article Preview A Thread Called Grace Peter T.

Web World Wide » 50 Free Internet Tools for Tin-Foil Hat Wearers If your wardrobe includes a shiny tin-foil hat, then you will love these free Ma Internet tools. Whether you want to protect yourself from Internet snoopers, want to spy on those out to get you, or want to be able to track trends that you know will lead to something big, then these tools will help you get the job done. Without a Trace If you want to use the Internet without anyone knowing who you are or leave an untraceable phone number, then these tools are for you. Big String. Browsing Security If you want to browse the Internet in privacy, these tools will help you do just that. Hide My Ass!. Computer Security Using the Internet is a huge open door for people to stick their nose in your business. avast!. Laptop Tracking If someone makes off with your laptop, know how to stop them with these tools. Adeona. Spying on Those Out to Get You If you know someone is trying to get to you, then turn the tables on them with these tools that will help you get the dirt on them. GotVoice.

Useful and Fun things to do with the Ubuntu Terminal  If you're new here, you may want to subscribe to my RSS feed and if you have questions related to your ubuntu system post question to our forums. Thanks for visiting! Sponsored Link If you want to have fun with ubuntu terminal this is for you Entertainment Watch Star Wars telnet towel.blinkenlights.nl Chat with a bot telnet the-funk.net 7000 Custom ascii text banner See how long your machine has been running uptime To see the arbitrary precision calculator (7^500 is interesting! bc Must enter below code to use the next few sudo apt-get install cowsaySee your fortune fortune Use cowsay (replace “message” with your own text in single quotes) cowsay ‘message' Cowsay your Amarok lyrics dcop amarok player lyrics | cowsay sudo apt-get emacs21 To play ‘snake' emacs21 Once emacs21 opens, hit... Esc>>”X” Type in... snake To play ‘tetris' tetris Useful Show some computer stats lspci curl Check system temperature and battery charge acpi -t See a list of all running processes ps aux date Show a simple calendar cal

Teaching Satire: Terminology, Tips, & Tools for Teachers Part I What is satire? Teaching satire is difficult for teachers because students often have difficulty with identifying this abstract concept. Satire is a literary term for an approach to a subject with irony and criticism, which seeks to see changes or reforms in its target. Front loading this list of terms related to satire will help teachers make satire more concrete and easier for students to understand. Follow the links provided to discover valuable literary examples of satire in the different forms students may encounter. Basic Forms of Satire Defined Horatian: light and humorous form of satire. Juvenalian: dark and bitter form of satire. Satire & Literary Style Parody: a style, which imitates a subject using humor, highlights flaws or follies requiring change. Caricature: a literary style focusing on one characteristic, quality, or feature of a person or group of people, exaggerating it to a humorous level. Satirical Devices Wit: verbal cleverness. Language & Satire Sources: