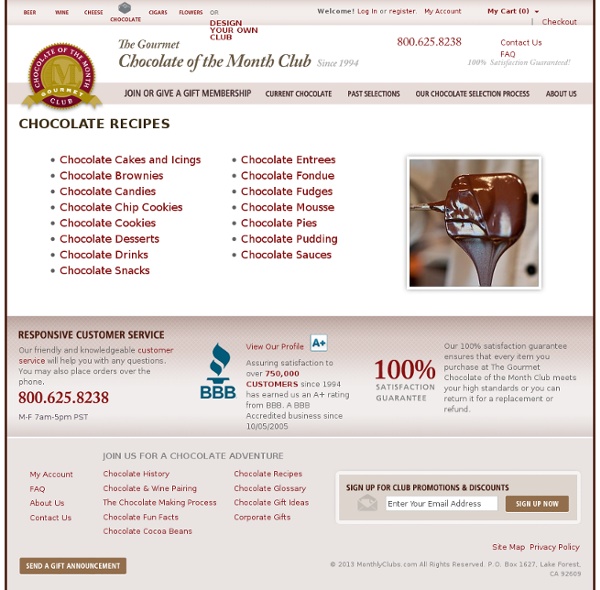 How to Brew Beer - Home Brewing Getting Started - Popular Mechanics - StumbleUpon Serious about making large batches of beer? Splurge for a propane-powered rig with a three-tiered brew stand. This setup, by Indiana-based Blichmann Engineering, costs about $2000 and features a trio of 20- to 30-gallon pots and gas burners that put out 216,000 Btu per hour. (The high heat quickly boils large amounts of liquid, shaving hours off the brewing process.)

Make Your Own Wedding Cake Weddings at Epicurious I f you've decided to make a wedding cake at home, congratulations on your bravery! Now, relax: We've got everything you'll need to create a masterpiece. We've enlisted Melissa Murphy, owner of the Sweet Melissa Patisseries in Brooklyn, New York, to help, and she's designed an elegant three-tiered cake decorated with delicate rosebuds and filled with luscious lemon curd and fresh raspberries. To help you reproduce it successfully, our do-it-yourself guide has multiple parts: Start with Murphy's recipes for baking the cake, then move on to our printable step-by-step assembly and decoration instructions. Or, if you prefer, skip right to Murphy's demonstrations in our videos. Recipes by Melissa Murphy; photography by Emily Webster; videos produced by Nondas Voll

Mint Chocolate Chip Cake - StumbleUpon Chocolate cake and I have had a very interesting romance. I started off with quite an intense dislike of chocolate cake. I KNOW. But try not to judge me too harshly, I had many bad experiences with store-bought dry, dense mudcakes covered in grainy baking chocolate icing. So every year when I asked Regex Man what cake he would like for his birthday and every year he replied me with "Chocolate

How To Cook Like Your Grandmother - StumbleUpon I’ve tried lots of brownie recipes: Boxes, scratch, frosted, plain, nuts, chips, fudge … Each of them has something to like, but depending on my mood I might want a change of pace. Not any more. My wife found this recipe, and it’s perfect. I’m done looking. This is the brownie recipe that I’ll use from now on. Ultimate Dessert Guide - 50 Best Chocolate Desserts - StumbleUpon Mmm, the Best Chocolate Desserts! I honestly believe that chocolate is the closest we can get to heaven as mortals. Seriously. Is there anything better than chocolate to make you feel all wonderful and gooey inside? Can anything cheer you up as instantly as chocolate desserts can?

Preserving Fruit Flavors in Alcohol: Homemade Liqueurs When we discuss food preservation, we are usually talking about canning, dehydrating, freezing or fermenting. But did you know that you can also preserve fruit in alcohol, such as brandy or vodka? It is a way of preserving the flavor or essence of the fruit for later use. dobos torte Last week, when it was ninety million degrees in New York City and all the sane people were cracking open fire hydrants, grilling on their roof decks and/or sticking their faces in their wheezing air conditioner units, I looked around my shoebox kitchen, with its half-counter and miniature oven, considered the sheer volume of items left on my to-do that I’d never get done and said, “Clearly, this is the day for me to make an 11-layer dobos torte.” Because my birthday was two days away and that seemed as good as any to sever what frayed tethers I had left to my sanity. [Plus, I already had cleaning help!]

Dulce de Leche Brownies - StumbleUpon Dulce de Leche Brownies At seven o’clock last night I had a chocolate craving. I approach the pantry and see a can of Dulce de Leche and instantly think caramel brownies. I have been wanting to try a new brownie so I did a quick Google search and found these babies. Being seven at night and the fact that I live in the middle of nowhere, I used semi-sweet chocolate chips because that’s what I had. If you have fancy- shmancy chocolate feel free to use it, I am sure it would elevate these already fantastic brownies!

General Tso's Chicken Recipe At nearly any buffet or take-out place you can find General Tso’s Chicken. General Tso’s Chicken is a perfect combination of sweet and spicy flavors. It is a very popular dish throughout the United States and Canada. Smores Pie This may be a bit ridiculous. And it just may be one of the best desserts I’ve ever made. You might remember that last year I whipped up some mini s’mores tarts. They were fabulous, but I must have had a few screws loose. Why didn’t I just make an entire pie?

Moroccan/Mediterranean Lamb Chops w/ Roasted Veggies Sportsglutton is feeling a little under the weather today, so I, Liz-aka Craftyglutton, will be posting this Wednesday’s food recipe. We celebrated a belated Christmas with Sportsglutton’s family this year with some fabulously delicious (and easy) rack of lamb. This recipe is a Moroccan/Mediterranean twist on roasted lamb chops. Feel free to spice it up by adding some red pepper flakes or subbing hot paprika for the mild. Enjoy and be sure to check back in tomorrow for another edition Thirsty Thursday!

No-Bake Nutter Butter Nutella Pie Ok, guys! While I’m in Chicago, I thought I would post a recipe that was just featured on my friend, Jenna’s blog: EatLiveRun {she just did a guest post, remember?!} Anyways, this is what I made for her site that I thought you all would want to know about! No-Bake Nutter Butter Nutella Pie! Erin's Food Files & Lincoln's Red Velvet (Cheesecake) Cake Wednesday, April 7, 2010 Lincoln’s Red Velvet (Cheesecake) Cake Psssst…. there’s a surprise inside this pale exterior!