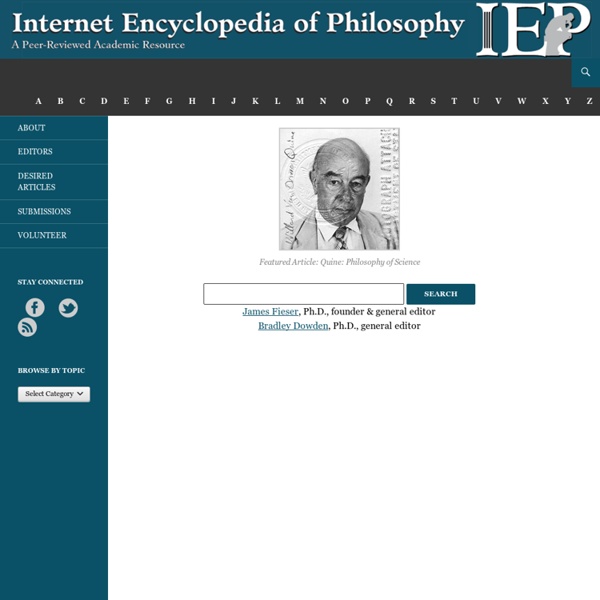 7 Basic Things You Won't Believe You're All Doing Wrong If you're like us, you might sometimes have a problem with complex tasks, like trying to drive an ambulance and send a text message at the same time. But hey, at least most of us have figured out the simplest things that get us through the day, right? Except, you know, some of the simple things we've done every day of our lives, like ... What could be simpler than taking a good crap? Even babies are good at it. 10 Fascinating Facts About Slavery Facts [WARNING: Some images may disturb.] Slavery has been a part of human society since its beginning – and it continues to thrive today. This list looks at some facts about slavery that should (for the most part) be unknown to most of our readers. This is a look through history at how slavery has existed and survived through time. Established In Virginia

The life and reign of English kings and queens visualised Primogeniture is a pain. You can spend all your life waiting to be king or queen and then just have a few years on the throne - or you could be ruling for basically all of your life, which is probably a lot of responsibility. Elizabeth II is under a year away from becoming the longest reigning monarch in the history of England or the United Kingdom - Victoria was on the throne for 63 years - with this in mind we were inspired to look at how other post-Norman conquest rulers have lasted.

200 Free eBooks: Download Great Classics for Free Download 800 free eBooks to your Kindle, iPad/iPhone, computer, smart phone or ereader. Collection includes great works of fiction, non-fiction and poetry, including works by Asimov, Jane Austen, Philip K. Dick, F. Scott Fitzgerald, Neil Gaiman, Tolstoy, Dostoevsky, Shakespeare, Ernest Hemingway, Virginia Woolf & James Joyce. Also please see our collection 1,000 Free Audio Books: Download Great Books for Free, where you can download more great books to your computer or mp3 player. 50 Life Secrets and Tips Memorize something everyday.Not only will this leave your brain sharp and your memory functioning, you will also have a huge library of quotes to bust out at any moment. Poetry, sayings and philosophies are your best options.Constantly try to reduce your attachment to possessions.Those who are heavy-set with material desires will have a lot of trouble when their things are taken away from them or lost. Possessions do end up owning you, not the other way around. Become a person of minimal needs and you will be much more content.Develop an endless curiosity about this world.Become an explorer and view the world as your jungle. Stop and observe all of the little things as completely unique events. Try new things.

Iconographic Database The Warburg Institute Iconographic Database contains digitised images from the Institute's Photographic Collection and Library. The material for which the Warburg Institute holds the copyrights is licensed under a Creative Commons Attribution-Non Commercial 3.0 Unported License. Search by iconographic keywords or browse the iconographic classification system.To search by artist, date, location, or other parameters, please use the advanced search menu. The iconographic classification system of the database is based on that of the Warburg Institute Photographic Collection. Force Field Analysis (Forcefield Analysis) - Decision-Making Skills Training from MindTools Analyzing the Pressures For and Against Change How to use Force Field Analysis, with James Manktelow & Amy Carlson. Force Field Analysis is a useful decision-making technique. It helps you make a decision by analyzing the forces for and against a change, and it helps you communicate the reasoning behind your decision.

10 simple habits to improve self-esteem Low self-esteem is like driving through life with your handbreak on. – Maxwell Maltz There are tons of articles out there claiming capability to change your life for the better, but the truth is that it’s completely up to you. Or not. Let me paraphrase that. In order to change anything in your life you need to look up for your old limiting habits first. Evolution of Humans: Developed world and Developing world « Exploring the Endeavors of Human Civilization ……. Recently a British genetics expert, Steve Jones stated that humans in developed world have stopped evolving, because people there in western countries need not struggle for there survival and the famous theory of Darvin “survival for the fittest” doesn’t come into picture. And he didn’t miss saying that the evolution hasn’t stopped in the developing world, because people there have to struggle for survival. I am no expert in the evolution theory of genetics, nor have I studied biology beyond matriculation, nor I want to challenge the British expert because I am not qualified enough, but I cant suppress something in me which tend to disagree. This seems to be a loose statement and I differ and would like to raise some points

Terrorism, Counterterrorism, and Unconventional Warfare chemical and biological weapons: global terrorism: WMD terrorism: Irena Sendler Highlights from personal life[edit] Irena Sendler was born as Irena Krzyżanowska on 15 February 1910 in Warsaw to Dr. Stanisław Krzyżanowski, a physician, and his wife, Janina. Her father died in February 1917 from typhus contracted while treating patients whom his colleagues refused to treat in fear of contracting the disease, among them many Jews. 7 Essential Books on the Art and Science of Happiness by Maria Popova From Plato to Buddha, or what imperfection has to do with the neuroscience of the good life. If you, like me, are fascinated by the human quest to understand the underpinnings of happiness but break out in hives at the mere mention of self-help books, you’re in luck: I’ve sifted through my personal library, a decade’s worth of obsessive reading, to surface seven essential books on the art and science of happiness, rooted in solid science, contemporary philosophy and cross-disciplinary insight.

Forbidden Knowledge from TimeTravelResearchCenter Website Spanish version The False Front Temporal anomalies are scattered throughout the world -- things that could not possibly belong to the time period in which they were found. Evidence exists of human civilization, artifacts and technology out of time that are abundant, well researched and well documented.