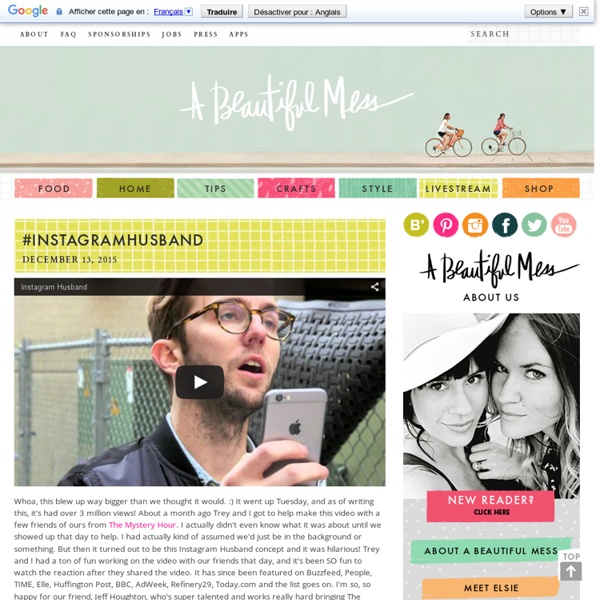 I've always been intrigued by the world of soap making. Choosing your own ingredients to make your own special scent, adding colors and textures to make it aesthetically pleasing, and then getting to share those goodies with friends and family just sounds like the best thing ever. I'll admit that I've been an admirer for some time, but the thought of taking on another hobby that can be very involved was pretty intimidating ... until I heard about melt-and-pour soap bases, that is. Craft stores sell soap bases that you literally heat up in your microwave (or on your stove top) and then add whatever ingredients you want to customize your own soap bars. Now THAT I can get on board with. Ingredients:-10 oz goat's milk melt-and-pour soap base (sold at local craft stores or on Amazon)-1 grapefruit (only zest half the grapefruit)-1 tbsp poppy seeds-10 drops of grapefruit essential oil-4 drops of mint essential oil

We love soft pretzels! Elsie and I always loved going to the mall with our mom growing up, even before we loved fashion. Our mom would always get us a soft pretzel at Auntie Ann's to share and it was always a fun treat. I still sometimes get a soft pretzel when I'm at the mall, as it reminds me of all those trips with our mom. Plus, soft pretzels are AWESOME! Single File: A Retro-Inspired File Folder DIY from A Beautiful Mess Easy Breezy Floral File FoldersBy Elsie Larson, A Beautiful Mess “Getting organized helps me stay motivated, especially when I have pretty things in my workspace to enjoy!” says Elsie. “Today, I’ll show you how to make some retro-inspired file folders in under 15 minutes!”

Creative Truths Creative Truths Nice series called Creative Truths by Shirley-Ann Dick. 28th of September 2010 Probably Related Commands Alive Objects Series. homemade peanut butter cups Everybody likes getting candy, even if they are (ahem) maybe a bit too old to be Trick or Treating. (If that's even possible.) Here's a cute idea to dress up a sweet candy gift for a friend or coworker, preset your candy in decorative jars! Simply use mason jars (or other canning jars) and cover the tops with colorful fabrics. Song Lyric Wall Art / D.I.Y. Project A couple weeks ago, I found a paint-by-number at an unbeatable price. I can't pass these things up even though I already owned this particular design. I thought that I could maybe use it to make a fun D.I.Y., but my new rule is that all thrifts that I purchase with the intent of restyling need to get done right away. I have way too many half finished projects in my life. With that little bit of motivation I came up with a fun D.I.Y. to display some of my favorite song lyrcis in our newlywed home. Enjoy....

elsewhere In recent posts both here and High Up in the Trees, you will have read mention to not one, not two, but four new zines for 2014. As if from the clouds, restless is one. Four Rainbow Lorikeets who visited my garden one summer's day is another. G's Misreadings makes three. And this, Twelve months, an explorer, is the fourth. Printed on Sparrow Grey stock, it features my bird portraits from A Year of Southern Hemisphere Birds and the hand-coloured version A Flight of Twelve Southern Hemisphere Birds accompanied by G's imaginative narrative. Easy Cat Eyeliner Tutorial Cat eyeliner has got to the most unpredictable thing in makeup. You never know what shape you'll end up with. One wrong move & you'll have to think of ways to make it look right. I thought I'd share with you how I've been doing mine, because I think it's almost mistake-proof. So, here's a step-by-step tutorial: Apply eyeshadow on lid.

Transatlantic accent Thu 9 Apr 2009 by abagond The Transatlantic accent, also called a Mid-Atlantic accent, is a way of speaking English that is halfway between American and British. It makes you sound like you have a good education but no one can tell quite where you are from. You hear it in old Hollywood films from the 1930s and 1940s.