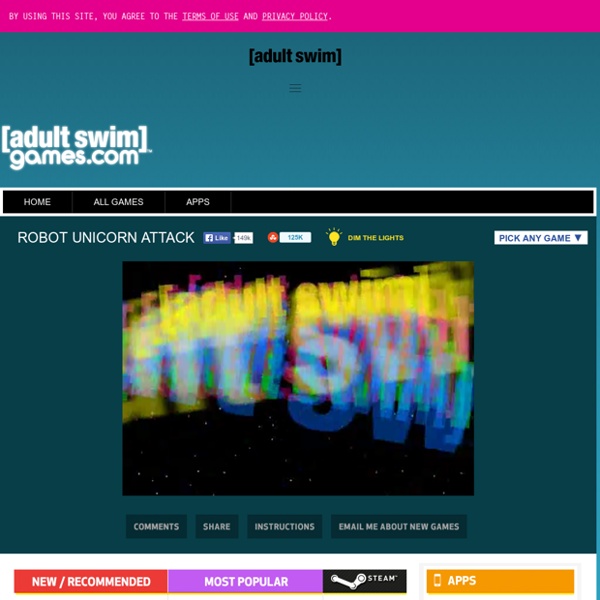 AdultSwim.com is your official Adult Swim site for free original online games like Amateur Surgeon, Five Minutes to Kill Yourself, My Lil Bastard, Meowcenaries, Vending Machine Champ and HRmageddon. We also have a few online games based on some of our shows, like Inuyasha Demon Tournament, Venture Bros. Flight of the Monarch, Squidbillies Floor It and Aqua Teen Hunger Force's Worst Game Ever. But we're mainly doing original online games these days. So, if you like online puzzle games, online fighting games, online twitchy games, online strategy games and even some first person shooters, we're the place to visit. Enjoy the free online games!

How To Access THE HIDDEN WIKI (Deep web, secret Internet) (Some of this was copied from BB.com, I'm just bringing it to TBN) For those who don't know, the deep web represents a gargantuan part of the internet which is not accessible through regular searches via google or other search engines. Searching on the Internet today can be compared to dragging a net across the surface of the ocean. While a great deal may be caught in the net, there is still a wealth of information that is deep, and therefore, missed. Free Online Game - Robot Unicorn Attack Heavy Metal from Adult Swim Description: Enter a world of darkness, where rainbows are replaced by fire and brimstone, skillfully navigating the platforms that stretch unending through the deepest depths of the underworld. Collect imps as you go, leaping majestically from island to island and dashing through the perilous pentagrams that block your way.

37 Ways to Tie a Scarf Hello there! Welcome to The Knot Library. Are you ready to knot, twist, tie, tuck, loop, braid, fold, and fluff with Scarves Dot Net? We compiled over 50 (and counting!) different ways to tie a scarf, so chances are we have a new knot or two for you! How to Use Scarves.net s Curiosities A little creativity and skill turns a boring old video game system into something awesome. It's a Nintendo Gamecube That's an entire Nintendo Classic System miniaturized into one of its own cartridges!

Free Online Game - House of Dead Ninjas from Adult Swim Description: What's a ninja to do when he finds himself at the top of an infinitely tall tower filled with deadly enemies? Jump, stab, bomb, and make "HIYA!" sounds in this challenging platformer that pits you against endless floors of enemies and a ticking clock. How to Make Cinemagraphs — Still Photos that Move Like Movies Yup, that picture moves. Nope, you’re not going crazy! ‘Cause who said photos can only feature “still” life? Inspired by the moving pictures created by photographer and motion designer duo Jamie Beck and Kevin Burg, we set out to make the magic happen. Make your pictures move like ours did with a some Photoshop magic! The Video Games of Today Reimagined in 8 and 16 Bits Today’s games are great, but they just don’t carry the same immeasurable nostalgic value as, say, Chrono Trigger, Link’s Awakening, or even Number Crunchers. Now Stockholm-based pixel artist Junkboy has hypothesized for Swedish magazine Level what it might have looked like had contemporary games—Arkham Asylum, Bioshock, Guitar Hero, Little Big Planet, Red Dead Redemption, Super Smash Bros. Brawl, Soul Calibur, and more—existed in the golden age of 8- and 16-bit gaming. Of course, several of these games indeed had low-bit predecessors!

Big Daddy (Bioshock) I finally lost my mind enough to try to tackle one of these big guys. For those unfamiliar, Big Daddys are the protectors of the Little Sisters in Rapture, an underwater city devoid of morality which has degenerated into chaos and insanity. They are huge, fast, strong, and as it turns out, a solid pain in the ass to build. I'm going to break with tradition for a sec, and show you the finished product first. This is a long, long, long post that details nearly 7 solid weeks of work, and you guys deserve to know that the long post is quite necessary, and (I think) well worth the read.