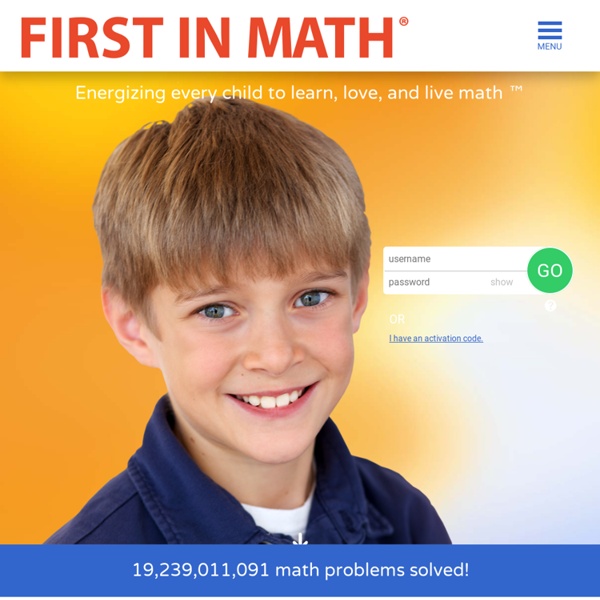 Top 7 Websites to Teach Kids About Internet Safety The ease with which anyone can use the Internet and can do so in such an anonymous way creates an environment that's especially dangerous for young and naive kids. While the Internet offers children with a wonderful opportunities to play educational online games or connect with pen pals from across the world, it also presents an open doorway into your home where numerous dangers can find a way to a child. The following websites are some of the best resources that parents and teachers can use to introduce kids to some of the things they need to be careful about when they're spending time on the Internet.

Larry Green Below are Mathematical Applets. Enjoy! Intermediate and College Algebra Functions Conics Sequences and Series Logs and Exponents Linear Programming Lecture Notes For Lake Tahoe Community College Math Courses (Not Interactive, but informative) Catalog of Mathematics Applications Found in Non-Mathematics Courses Catch of the Day - The Maths Zone - June 30, 2010 The Maths Zone website brings together and organizes a variety of free resources located on the Internet which can be used for teaching mathematics. The Maths Zone groups together resources from numerous sites in sections sorted by age level and topic to form a repository of interactive games and other activities for teaching math skills to learners aged 5-16. Content intended for young learners (KS1/2, ages 5-11) is grouped by the following topics: counting and number sense, number facts, calculating, shapes, measuring, handling data, and using and applying math. For older students (KS3/4, ages 11-16), content is categorized as tools, number sense, addition/subtraction, multiplication/division, algebra, geometry, and data handling.

Top Notch Teaching My little Miss Four seems to be right into math at the moment. She’s always counting things and using her fingers to help keep track of things she’s counting. I wanted to harness this eagerness so I’ve been searching the Internet for some cool math games that I can use with her. Well there are definitely some great math games out there, so I’ve put this list together to help you find some of those games as well. Is It a Cheetah? By Stephanie S. Tolan © 1996 Stephanie S. Tolan It's a tough time to raise, teach or be a highly gifted child. As the term "gifted" and the unusual intellectual capacity to which that term refers become more and more politically incorrect, the educational establishment changes terminology and focus. Rosetta is awake! Space engineers report that they have now received a signal from the Rosetta spacecraft, which has been sleeping for more than two years. Launched from the Guiana Space Centre in French Guiana in March, 2004, Rosetta is on a 10-year mission to Comet 67P/Churyumov-Gerasimenko. The spacecraft was placed in a hibernation mode in June, 2011. The wake-up procedure began at 4 a.m.