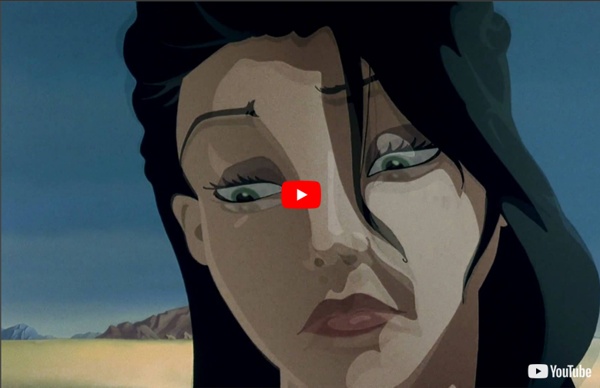 An Art Student Designed a 10,000-Year Plan for London Images courtesy the artist For the recently-sold Mount Pleasant site in Farringdon, London, once the home to one of the largest mail sorting offices in the world, the development of 700 Mayor Boris Johnson-approved apartments comes much to the dismay of nearby residents. In response to Johnson's decision to turn the site into one of the biggest developments in the city, British arts student Alice Theodorou has designed a 10,000-year masterplan, The Future Will Just Have to Wait, which explores an alternative scenario for Mount Pleasant. "By anticipating the challenges that London will face over the next 10,000 years (including population growth and then decline, rising sea levels, stricter energy targets, future space exploration and language obsolescence) the building addresses generational-scale questions and sets the agenda for the sustainable growth," Theodorou says in her project's description.

Beyond Player Types: Kim's Social Action Matrix - Amy Jo Kim Human nature is complex – and personality types are convenient simplifications. that help us understand people’s different temperaments, motivations and social styles. Like many game designers, I’ve found Bartle’s Player Types useful, especially for MMOs and online competitive games. A key value of Bartle’s system is to raise awareness that different people enjoy different types of fun. It’s also useful for de-bugging some of the more simple-minded thinking around gamification – particularly the limited appeal of Achiever-style point, badges and levels. Yet when I’ve applied Bartle’s system to casual, social and educational games, it wasn’t always a good fit. For example, I was working on casual games for a high-traffic women’s portal, and we found that the “Killer” archetype was almost non-existent in their player base.

Photographer Víctor Enrich Imagines the Same Building in Munich Configured in 88 Ways As part of his latest project NHDK, photographer Víctor Enrich challenged himself to digitally reconfigure the same building in Munich, Germany in 88 different configurations. The Barcelona-based artist is known for his warped and skewed interpretations of architecture in locations around the world including an extensive series of images shot in Tel Aviv back in 2010. All of the photos are avilable as prints which you can pickup on his website. (thnx, Nacho!) Nicole Lazzaro's Blog Emotion and the Fun of Games As experts in player experiences we see a huge gap between “market research” and what players most enjoy about play. Players may check “good graphics” on a online survey, but our cross-genre contextual research reveals a more interesting story. We know how games deliver more emotions than frustration, excitement, and fear. The secret is in the gameplay. The 4 Fun Keys create games’ four most important emotions 1.

London Underground Tube Diary - Going Underground's Blog BBC2's The Tube documentary will help to make that fascination with what goes on beneath our streets even stronger. Matt Brown from The Londonist has recently been experimenting with Google Sketchup to see what a 3D Tube Map would look like. He said "it's a confusing tangle. The Magic Potion of Game Dynamics - Lithium Community www.linkedin.com Michael Wu, Ph.D. is www.destinationcrm.com Lithium's Principal Scientist of Analytics, digging into the complex dynamics of social interaction and group behavior in online communities and social networks. Michael was voted a 2010 Influential Leader by CRM Magazine for his work on predictive social analytics and its application to Social CRM.He's a regular blogger on the Lithosphere's Building Community blog and previously wrote in the Analytic Science blog. You can follow him on Twitter at mich8elwu. When I kicked off this short-series on gaming last week I explained the various game related terminologies.

A History of the London Tube Maps Please note that if anyone knows different or finds a mistake, no matter how trivial, regarding the details given below, I would be glad to hear from you via the guest book on the home page (link above). You are also invited to leave your comments if you simply like what you see. Inset into an original geographical map, which is the same style as Britain's railway maps produced since the first railways in the 1840s, this map is a late example (1905) of how the earlier underground maps looked from 1863, when the first underground railway was opened, until around 1906. It covers a wide area of London and the Home Counties and shows the routes of the "District Railways". Its physical size is so immense; being approximately 42 by 26 inches, it would have only been suitable for pre-journey planning; not an item that could have been opened out on a congested platform. The key, difficult to read on this illustration, shows the lines for the District trains in red where other lines are in blue.

Guillaume Lachapelle’s Mirrored Dioramas Create the Illusion of Infinite Space Canadian artist Guillaume Lachapelle explores the infinite in this series of mysterious 3D printed dioramas titled Visions. Sitting atop pedestals in a darkened gallery, the eerie “rooms” rely on lights and mirrors to create the illusion of vast spaces that seem to reflect into much larger open spaces. These pieces were on view last year as part of a solo show at Art Mur in Québec, and you can see more of them up close over on Artsy.