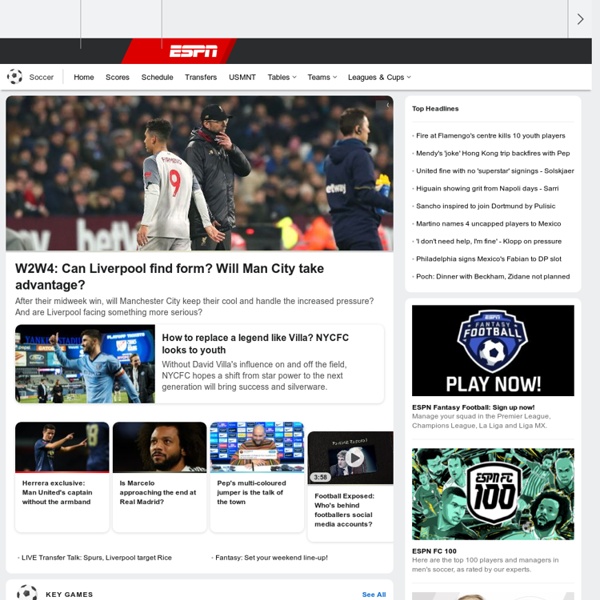 BBC SPORT | Football | Fixtures Please note: All times UK. Fixtures are subject to change. The BBC is not responsible for any changes that may be made. When The Beautiful Game Turns Ugly VERONA, Italy -- Right up until he started quoting Hitler and dropping N-bombs, my new friend was a great dude. I'll call him The Hooligan. A more generous host would be hard to find. Soon after we met, he made sure we stopped at the one place in town that served Campari correctly. He speaks eight languages, and seemed nothing like the Hellas Verona fans I'd read about, the neo-fascist, neo-Nazi, racist thugs. Now we are headed toward the terraces of the stadium. "How about, 'You're a f---ing n-----'?" Lost in the Pontine Marshes Enlarge Benito Mussolini in 1936. This story is about a red motorcycle. The ghost of Mussolini rides through the swampland he turned into farms, the sound of his bike's engine going tom-tom-tom in the dark. Pennacchi lectures me that American democracy is not morally superior. "You are simplifying!" He stands up, imitating the way Balotelli appeals for a foul to the officials, moving around like he's been shot, the curse words flying in Italian. Enlarge Enlarge

Association football Name The rules of association football were codified in England by the Football Association in 1863 and the name association football was coined to distinguish the game from the other forms of football played at the time, specifically rugby football. The first written "reference to the inflated ball used in the game" was in the mid-14th century: "Þe heued fro þe body went, Als it were a foteballe".[8] The Online Etymology Dictionary states that the word "soccer" was "split off in 1863".[9] According to Partha Mazumdar, the term soccer originated in England, first appearing in the 1880s as an Oxford "-er" abbreviation of the word "association".[10] Within the English-speaking world, association football is now usually called football in the United Kingdom and mainly soccer in Canada and the United States. History The Cambridge Rules, first drawn up at Cambridge University in 1848, were particularly influential in the development of subsequent codes, including association football. Gameplay