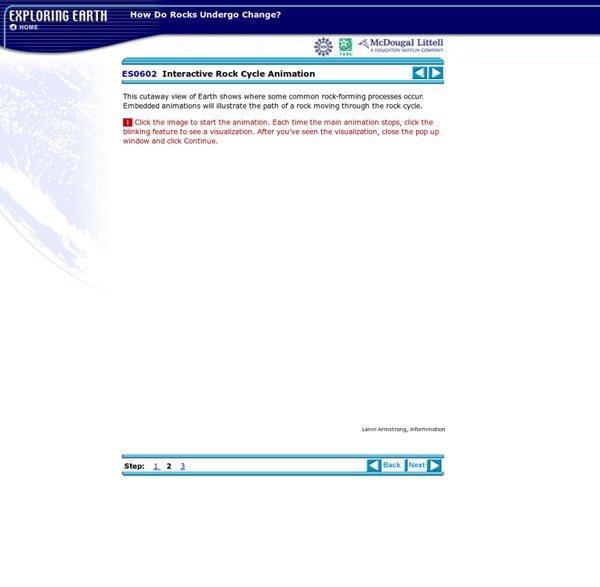 plant structure bi Seed Plant Overview: The plant body consists of two basic parts--- the shoot system and the root system Shoot system is above ground and includes organs such as leaves, buds, stems, flowers, and fruits The functions of the shoot system include photosynthesis, reproduction, storage, transport, and hormone production The root system is below ground and includes roots as well as modified stem structures such as tubers and rhizomes The functions of the root system include anchorage, absorption, storage, transport, and production of certain hormones Seed plants contain 2 types of vascular tissue (xylem & phloem) to help transport water, minerals, & food throughout the root & shoot systems Plant cells have several specialized structures including a central vacuole for storage, plastids for storage of pigments, and a thick cell wall of cellulose Plant cells are all box-shaped in appearance Meristems: Root Tip with Meristems

Rocks - Kids Discover Run Slideshow Rocks rule! They’re found in our toothpaste, our roads, and even our cereal (in the form of iron). Kids curious about rocks will love this issue, which first takes them through the whole rock cycle – from igneous to sedimentary to metamorphic stages – then leads them right into the center of the Earth to learn about the different rocky layers. The Life Cycle of a Mineral Deposit—A Teacher’s Guide for Hands-On Mineral Education Activities This teacher's guide defines what a mineral deposit is and how a mineral deposit is identified and measured, how the mineral resources are extracted, and how the mining site is reclaimed; how minerals and mineral resources are processed; and how we use mineral resources in our every day lives. Included are 10 activitybased learning exercises that educate students on basic geologic concepts; the processes of finding, identifying, and extracting the resources from a mineral deposit; and the uses of minerals. The guide is intended for K through 12 Earth science teachers and students and is designed to meet the National Science Content Standards as defined by the National Research Council (1996). To assist in the understanding of some of the geology and mineral terms, see the Glossary (appendix 1) and Minerals and Their Uses (appendix 2).

A Virtual Tour of the Grand Canyon National Park National Park Service U.S. Department of the Interior Search: Grand Canyon National Park Arizona Explore This Park The Learning Zone: Rock Cycle Games Skip to content Home Animals Fossils Insects Minerals Rocks Funstuff Have another go Move on to the next levelHaving trouble? Take a closer look at the rock cycle. Site search Site map Accessibility Help Contact us Copyright © 2006, Oxford University Museum of Natural History Motion: Laws of Motion There was this fellow in England named Sir Isaac Newton. A little bit stuffy, bad hair, but quite an intelligent guy. He worked on developing calculus and physics at the same time. During his work, he came up with the three basic ideas that are applied to the physics of most motion (NOT modern physics). The ideas have been tested and verified so many times over the years, that scientists now call them Newton's Three Laws of Motion. The first law says that an object at rest tends to stay at rest, and an object in motion tends to stay in motion, with the same direction and speed.

Rock Experiments - Learn About Erosion Frozen Rock Rocks are broken down in all sorts of ways - by wind, rain, rivers, and rock slides. But they are also broken apart by freezing and thawing. When water freezes, it expands. Rock Key The Rock Identification Key - by Don PeckRock Key Table of Contents What Are Rocks? Rocks are what the crust of the earth is made of. They are the mountains and the bottom of the ocean. They are everywhere on earth, but often buried under soil. Rocks are made of minerals, like quartz, calcite, feldspars, and micas. Geology Dictionary ablation Occurs when more glacier ice is lost by melting and evaporation each year than is added by snowfall. absolute age The approximate age of a geologic event, feature, fossil, or rock in years. 'Absolute' ages are determined by using natural radioactive 'clocks'. The preferred term is radiometric age.

A Milk Jug Skeleton is a Fun Recycled Craft Decoration for Halloween Years ago I created one of these Milk Jug Skeletons for Halloween. Just recently I was cleaning out my craft room and came across the directions again and thought I would share for those who have never seen it before. My Milk Jug Skeleton I think got lost in one of my many moves years ago and now that I have found the pattern I think I may have to create another one. This Skeleton would be a craft for an older child or adult since there is a lot of cutting involved, but it is well worth the effort.

Collecting Rocks by Rachel M. Barker Rocks Tell the Story of the Earth The Earth is made of rock, from the tallest mountains to the floor of the deepest ocean. Thousands of different types of rocks and minerals have been found on Earth. Most rocks at the Earth's surface are formed from only eight elements (oxygen, silicon, aluminum, iron, magnesium, calcium, potassium, and sodium), but these elements are combined in a number of ways to make rocks that are very different.

Japan's Newest Island Is Now Eight Times Bigger Japan's newest island keeps on growing, and it has now taken on a cartoonish look. Previously called Niijima, the volcanic island that first broke above the Pacific Ocean on November 20 has merged with a neighboring uninhabited island called Nishino Shima as it continues to expand. The small volcanic island sits about 600 miles (970 kilometers) south of Tokyo in Japanese waters, part of a chain of about 30 small islands called the Bonin Islands, or the Ogasawara chain. The newest island is now about eight times bigger than it was when it first emerged.