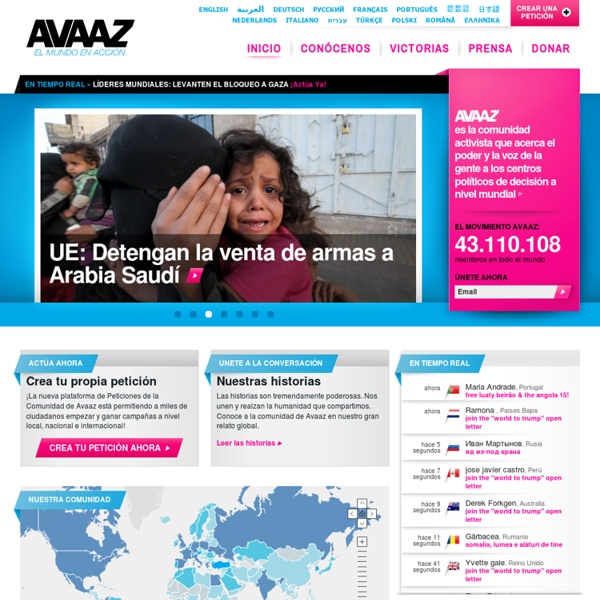 Project Hub - Spartanburg by Laney Alverson Hey everyone! First of all, thank you for visiting our Kickstarter Campaign! Our space downtown will be located at 111 East Main Spartanburg, SC giving us ~25,000 sq. ft. with plenty of room to grow. 8 great examples of nonprofit storytelling “A Glimmer of Hope – LTBH Feature – Austin 2009″ How to convey a powerful message with videos & photos Target audience: Nonprofits, social enterprises, NGOs, foundations, cause organizations, Web publishers, small businesses. As regular readers know, I’ve been a longtime proponent of visual storytelling to advance the missions of nonprofits, cause organizations and businesses.

Bacteria and Fungi Together: A Biofuel Dream Team? It is an obvious idea—in fact, it’s how nature disposes of trees after they die. Yet before researchers at the University of Michigan tried it, no one had paired bacterium with fungus to make cellulosic biofuel. The team took Trichoderma reesei, a fungi widely known for its ability to efficiently decompose the non-edible parts of plants, plus a specially engineered strain of the bacteria Escherichia coli, and applied them both to a vat of dried cornhusks. After the fungi degraded the husks into sugars, the bacteria finished the job. The result was isobutanol, a colorless, flammable liquid that researchers hope could one day replace gasoline.

Design Thinking Requires Storytelling. It Is Both An Insight Tool And An Organization Culture Building Tool Stories inspire, motivate, and shift the way the people think and work. Many civilizations throughout history understood the power of storytelling. From ancient Egypt to modern China story- telling provided the foundation for nearly everything. Trichoderma reesei - Wikipedia Trichoderma reesei is a mesophilic and filamentous fungus. It is an anamorph of the fungus Hypocrea jecorina. T. reesei has the capacity to secrete large amounts of cellulolytic enzymes (cellulases and hemicellulases). The Documentary — The Chair that Rocks When I started doing research about Tlacotalpan for this proyect, there where plenty about the small town, but there is almost no information about the woodcraft culture of the region. This meant, if I ever needed to get enough information about the woodcraft culture, it needed to be extracted directly from the source. As I was looking for the best way to do design research in a format capable of self-replicating in the web, I came up with the idea to do a Micro-Documentary. In October 2012, together with my good friend and cinematographer Rafael Arcos and the guidance of Mario Cruz Terán from Foro Cultural Luz de Noche, we went down to Tlacotalpan for 3 days to interview different carpenters and craftsmen and film what you see in this video. The Chair that Rocks is the "first chapter" of this research. Help me spread it around the globe!

Products Skip to main content Product specifications comparison Higher sample input will result in a higher yield. The system can, in principle, detect just one molecule subject to a long enough wait and random diffusion. Data is available within a minute of the run starting. If a user reaches the answer necessary quickly they can simply stop the run, wash, load and analyse another sample. Blog — Sketchnotes by Eva-Lotta Lamm Sacha writes about her sketchnote: What do you like about your sketchnote/what works well? I captured enough to help me remember, and I had time for little doodles too. The light blue images and dark blue text look calmer than the red-black combination I used in some of my other sketchnotes. The brush size worked out fine in terms of the proportion.