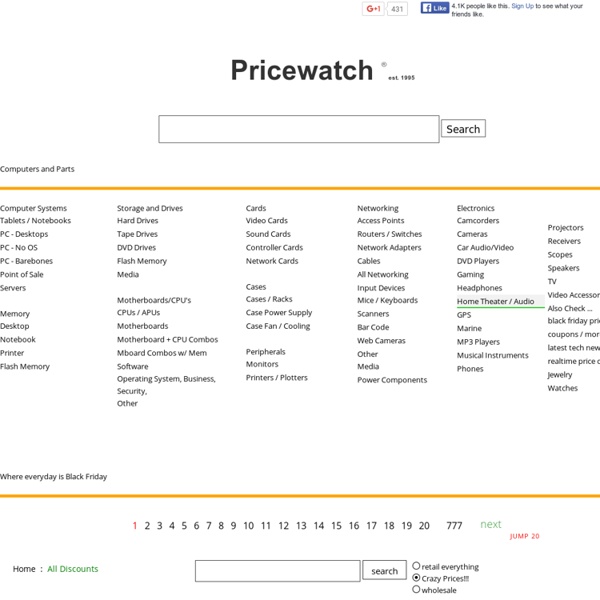 Best Procrastination Tip Ever Post written by Leo Babauta. Your first thought as you look at this article will be, “I’ll read this later.” But don’t. Let the urge to switch to a new task pass. 100 Websites You Should Know and Use Entertainment Meet David Peterson, who developed Dothraki for Game of Thrones There are seven different words in Dothraki for striking another person with a sword. Among them: “hliziﬁkh,” a wild but powerful strike; “hrakkarikh,”a quick and accurate strike; and “gezrikh,” a fake-out or decoy strike. But you won’t find these words in George R. R.

The Truth About Digital Cameras As loyal Pogue’s Posts readers are no doubt aware, I’ve spent the last seven weeks in TV land, filming a first batch of six episodes of my new Discovery-network series, “It’s All Geek to Me.” It was an exhilarating, exhausting, enlightening journey. Someday when we’re all together, I’ll tell you about it. Actually, I’ll tell you about one thing right now. We did an episode on digital cameras.

Mac Font Vault Advertising Info Welcome to my font collection. A few years back I was looking for a font for a project i was working on and was amazed that there was no easily browseable collection of Fonts for the Mac anywhere on the net. So I made one. Please note that, while I have tried my best to accurately represent every author and their various shareware conditions, there may be the occasional mistake for which I cannot be held responsible, please make sure you read the individual authors read me file before using any font. If you have any comments or suggestions, or maybe you think a font is in the wrong category please let me know. The complete list of Windows Logo keyboard shortcuts The Windows Logo key, which is common on most keyboards these days, can be a powerful tool if you know the right shortcuts. When it comes to keyboard shortcuts in Microsoft Windows 7, I admit to being a bit of a novice. I fall back on the menu system or, now that it is available by default in Windows 7, I use the search box located on the Start Menu. But, as the following list shows us, there are definitely opportunities for increased efficiency within the matrix of keyboard shortcuts. One of the more powerful, and probably least used, set of keyboard shortcuts involves the Windows Logo key, which is common on most keyboards packaged with a Windows-based personal computer these days. Table A lists the keyboard shortcut combinations associated with the Windows Logo key and what each combination will do.

Month-by-month guide for finding sales By Laura Shanahan • Bankrate.com Hard as it may be for younger consumers to imagine, there was a time not that long ago when retailers seemed to only give away ice in winter. It was very much a seller's market, and bargains and buys were almost invariably off season and post holiday. If you were looking to buy sale-priced spring finery, for example, you often had to first wait for the weather to sizzle. Fortunately, today the consumer is king -- and queen -- with retailers battling rivals by trying to be the first on the block to lure you in (where, it is hoped, you will buy a good deal more than just the sale-priced goodies that serve as bait). While there are always variables that may affect individual store or brand sales-offerings, there are general patterns that I've observed as a longtime shopping columnist in New York City.

10 Creative Block Breakers That Actually Work Doesn't matter what you call it: writer's block or creative block or simply "Where is my inspiration when I need it?!" All creative individuals find their work coming less easily at some times than others. That's when you need strategies, and plenty of them. how to easily delete your online accounts Spring Financial is a finance company based in Canada. The company was founded in 2014. Spring Financial is a subsidiary of Canada Drives, which is a leading auto financing company in Canada. The Chief Executive Officer is Michael Galpin. 50 Kick-Ass Websites You Need to Know About It's time to update the entries in your browser's links toolbar. But with recent estimates putting the size of the internet at well more than 100 million distinct websites, it's getting harder and harder to get a handle on all the great stuff that's out there. That's why we've compiled this list. And unlike some lists you may have seen, which try to name the very "best" websites, but end up just telling you a lot of stuff you already know, we've chosen instead to highlight 50 of our favorite sites that fly under most people's radar. Think of it as the Maximum PC blog roll (remember those?).