A Better Way of Working - The Energy Project 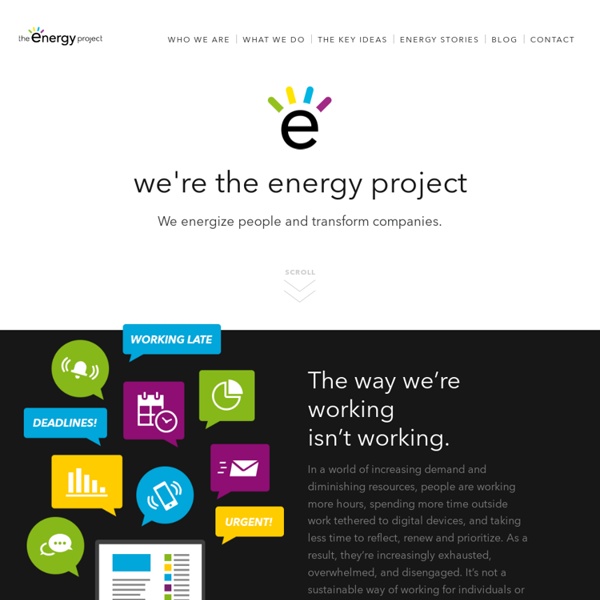 Make Cold Connection Jewelry! The Perfect Connection: Rivets & Hinges Add dynamic movement to your jewelry with artful cold connections! Fabricate flawless rivets and hinges with expert guidance from instructor Meredith Arnold! Get started with tips and tricks that will help you wield your jeweler’s saw with finesse, and learn how to smoothly cut curves, corners and pierced cutouts. Then, discover how to create wire and tube rivets that add structural and decorative connections to your work. Hinges are up next; learn how to make several variations of this versatile connection.

Study Hacks On Sam Harris and Stephen Fry’s Meditation Debate February 19th, 2019 · 44 comments A few weeks ago, on his podcast, Sam Harris interviewed the actor and comedian Stephen Fry. Early in the episode, the conversation took a long detour into the topic of mindfulness meditation. Harris, of course, is a longtime proponent of this practice. He discusses it at length in his book, Waking Up, and now offers an app to help new adherents train the skill (I’ve heard it’s good).

Character Resources - Let It Ripple When we starting making our first film on character two years ago, called The Science of Character, we talked to countless researchers and educators, and searched across the web and found all sorts of wonderful resources, but we couldn't find one place that aggregated all the ideas around character from different perspectives. So, we decided to start to build one. This catalogue of over 1,600 articles, lessons plans, tools, research, books, films, apps, websites, and games to dive deeper into all the different character strengths and approaches to character development is just the beginning of this journey. We hope you will send ideas to us for each section so that we can grow this together. We are also seeking partners and funds to make this Character Resource Hub as current and beautiful as it can be.

Video Tutorial - Sawing Metal by Tammy Honaman, Author, Jewelry-Making Expert and Educator, Exclusively for Fire Mountain Gems and Beads® When using a jeweler's saw and saw blade, avoid pushing the blade against the metal being cut; it will catch and snag, possibly breaking the blade. Using a gentle up and down motion, let the teeth of the saw blade do the work of cutting the metal. : : : Materials : : : Beeswax 3×5 Challenging Authority Since 1978 I am a writer, traveler, and entrepreneur with the goal of visiting every country in the world while connecting with other world-changers. Continue reading about Chris Mission Accomplished! Listen to What Innovators Don't Talk About - Michael Schrage by Michael Schrage | 4:54 PM January 25, 2012 While working away on my laptop at a hotel breakfast, I couldn’t help but overhear the four gentlemen poring over an iPad two tables way. Their intense discussion revolved around rolling out their high-tech prototypes in a medical care complex. Since I’ve written about prototypes and prototyping, I couldn’t help but eavesdrop. Forgive me.

Wanted: Idea Fusers - Bronwyn Fryer - Our Editors by Bronwyn Fryer | 9:40 AM February 7, 2012 It’s become pretty much common knowledge that great innovation springs from the ability to pull two unlike things together to create a beautiful third. Steve Jobs famously shifted a paradigm when he fused calligraphy with technology to create the Mac’s graphical user interface. Many great inventions fuse something very simple, cheap and widely accessible — say, a small piece of paper — with something expensive and complex — say, a medical laboratory test — to come up with a marvelous solution, such as George Whitesides’ postage-stamp sized diagnostic tool. And though not always disruptive, many innovations spring from the fusion of business models. Consider Rent the Runway, a mashup of high-end fashion and Netflix-style rental scheme.

A.G. Lafley vs. Steve Jobs - Scott Anthony by Scott Anthony | 4:41 PM January 23, 2012 Usually the question comes right after I tell an audience that I put former Procter & Gamble CEO A.G. Lafley on my “Innovation Mount Rushmore” as a reminder of the importance of investing time and energy to understand the target market. Innovating the Library Way - Grant McCracken by Grant McCracken | 11:28 AM January 26, 2012 The original value proposition of the library was not just free books but something more, something I learned as a seven-year-old at the Dunbar Public Library in Vancouver, B.C. The library looked like dumpy, public architecture but it was in fact a house of many mansions, a place of possibility, a portal. Space travel, time travel, identity travel, you name it, the library could do take you there.

What Doesn't Motivate Creativity Can Kill It - Teresa Amabile and Steve Kramer by Teresa Amabile and Steve Kramer | 9:49 AM April 25, 2012 Management is widely viewed as a foe of innovation. The thinking goes that too much management strangles innovation (just let a thousand flowers bloom!). But we have found a much more nuanced picture. You really can manage for innovation, but it starts by knowing what drives creativity in the people who generate and develop the new ideas that, when implemented, will become tomorrow’s innovations. Win the Pitch: Tips from Mastercard's "Priceless" Pitchman - Kevin Allen As a growth officer in my early career with the mad men and women of McCann Erickson, my mom could never quite grasp what I did for a living. But, when we pitched, won and delivered the phenomenon now globally known as Priceless for MasterCard, she could finally brag to her friends at my Aunt Rose’s kitchen table. From the moment the very first television commercial appeared (You remember it, right? “Two tickets: $28. Two hot dogs, two popcorns, two sodas: $18. One autographed baseball: $45.

Dirty Work in The Garage - Next at Microsoft I hate to admit it, but I still have my best ideas in the shower. I’m constantly misplacing my keys, and this morning during my second rinse & repeat, I came up with a brilliant solution involving Windows Phone, Microsoft Lync and RFID tags. Now, all I need to do is get it built.

Related:
Related:  Manage Window, AHK   -  The Four Elements of Physical Energy and How To Master Them   -  Time Management Skills Are Stupid. Here's What Works.   -  Common Mistakes and Confusing Words in English - Learn English Mistakes   -  The Brain Hacks Top Founders Use To Get The Job Done   -  How To Motivate Yourself: 3 Steps Backed By Science   -  How To Get More Done By Having Less To Do | Fast Company | Business + Innovation   -  Stop Wasting Time on Things that Don't Have a Purpose in Your Life   -  4 Things You Thought Were True About Time Management - Amy Gallo - Harvard Business Review   -  The Theory of Cumulative Stress: How to Recover When Stress Builds Up | James Clear   -  How To Be Motivated: 4 New Insights From Research