Coronavirus made Zoom popular but exposed privacy and security problems. CBC Gem - CBC Docs POV - The Internet of Everything. After the crisis, what kind of world do we want? Post-apocalyptic novels hold lessons — and warnings. Shelfies is a monthly column by writer Alicia Elliott that looks at arts and culture through the prism of the books on her shelf. 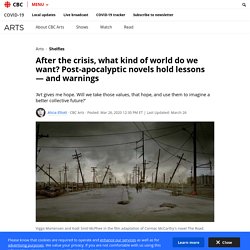 I had planned to write a totally different column this month. I had the idea, the books. An all-digital clothing line took the Digital Craft Grand Prix at Cannes. Concerned shoppers empty shelves, but shippers say flow of goods to Alaska continues uninterrupted. Grocery stores in Alaska are racing to keep up with surging demand for medicine, toilet paper and other home hygiene products amid the coronavirus emergency that could keep families mostly at home for weeks. 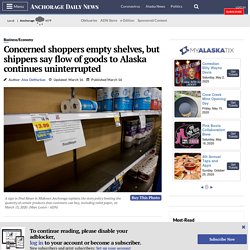 Aftin Dickey, a dental assistant, said she drove to four different retail outlets in Anchorage on Sunday before finding more than a travel-sized package of baby wipes for her 1-year-old son’s diaper rash. She finally got what she needed at the Carrs on Gambell Street near downtown. Kobe Bryant helicopter crash: Bodies of all 9 people killed have been released to their families. Last week, the coroner's office announced that it had officially identified all nine victims killed in the January 26 crash. 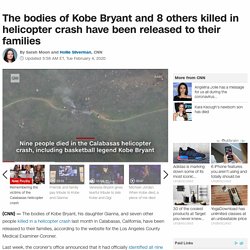 In addition to Bryant, 41, and his daughter, 13, the crash claimed the lives of Payton Chester, 13; Sarah Chester, 45; Alyssa Altobelli, 14; Keri Altobelli, 46; John Altobelli, 56; Christina Mauser, 38; and the helicopter's pilot, Ara Zobayan, 50. The cause of death for all nine victims was determined to be blunt force trauma, and the manner of death was certified as accident, according to the coroner's office. The group was expected at the Mamba Sports Academy in Thousand Oaks for a basketball game on the day the helicopter crashed about 30 miles northwest of downtown Los Angeles. 911 caller said the aircraft was 'thick in clouds' On Monday, the Los Angeles County Fire Department released audio from five 911 calls it received at the time of the deadly crash.

Callers described hearing a boom and seeing flames. Planning your first edible garden? Here are the steps to follow and common mistakes to avoid. Seeds are in extremely high demand this spring, as Canadians turn to gardening en masse for both leisure and food security.

Since people have to stay at home recently, to build your edible garden is a good idea to spend your time. At the same time, people who have edible garden can have enough fresh vegetables to eat everyday during this special period. – tongtongliiii

But, as any experienced gardener can attest, successfully planting an edible garden can require more than enthusiasm and a handful of organic, heirloom, non-GMO seed packets. 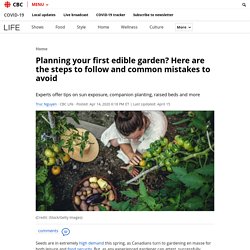 Having the right combination of location, conditions and plants in place can mean a huge difference in yield and overall success. Recession or depression? Canada's economy is in for a rough spring. One million Canadians lost their jobs in just one week in March. 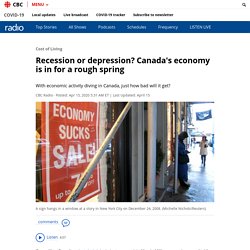 Millions more have applied for the Canadian Emergency Response Benefit, or CERB. Businesses are closed across the country; almost no one is travelling. There is a closed sign on Canada's economy. And that will be reflected in dire economic numbers in the coming months. Canadian economists are expecting that economic activity will shrink somewhere between 25 and 35 per cent over the course of the spring - a drop that is unprecedented in such a short period of time.

Over the course of 2020, the International Monetary Fund expects Canada's GDP to shrink by 6.2 per cent. New Apple data reveals just how little Canadians are moving right now.

People are staying home to avoid get infected by virus now. The data from Apple shows Canadians are reducing around 80% movement of driving, walking and transit. This situation makes the amount of carbon dioxide in the air significantly reduced. – tongtongliiii 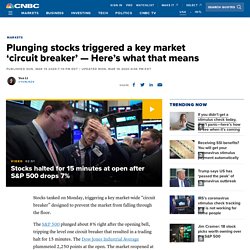 Coronavirus panic has people wearing plastic bags, boxes on their heads. WWF-Australia welcomes $50 million to support wildlife harmed by bushfires - WWF-Australia. The World Wide Fund for Nature-Australia has welcomed the Federal Government announcement of $50 million to protect and support wildlife affected by the bushfire crisis, but warned the funding will not meet the recovery needs of Australia’s threatened species. 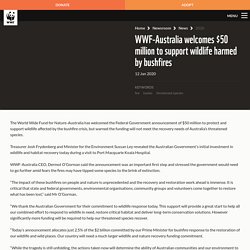 Treasurer Josh Frydenberg and Minister for the Environment Sussan Ley revealed the Australian Government's initial investment in wildlife and habitat recovery today during a visit to Port Macquarie Koala Hospital. Coronavirus Latest: Global Mask Shortage May Get Worse. We're tracking the latest on the coronavirus outbreak and the global response. 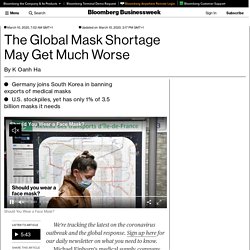 Sign up here for our daily newsletter on what you need to know. Michael Einhorn’s medical supply company may run out of the masks used to protect against coronavirus in two weeks unless the Chinese manufacturer of his branded equipment resumes production this week. Toronto upset after clothing store chain tosses unsold items in garbage.