Choices for Children: Why and How to Let Students Decide (*) September 1993 Why and How to Let Students Decide By Alfie Kohn The essence of the demand for freedom is the need of conditions which will enable an individual to make his own special contribution to a group interest, and to partake of its activities in such ways that social guidance shall be a matter of his own mental attitude, and not a mere authoritative dictation of his acts. – John DeweyDemocracy and Education Educators are painfully well acquainted with the phenomenon known as “burnout.” 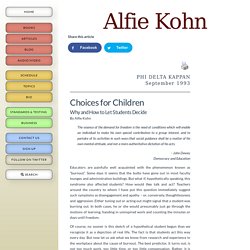 Of course, no sooner is this sketch of a hypothetical student begun than we recognize it as a depiction of real life. Combine that fact with the premise that there is no minimum age for burnout, and the conclusion that emerges is this: much of what is disturbing about students’ attitudes and behavior may be a function of the fact that they have little to say about what happens to them all day. The irony is enough to make us wince. 1. Children are no exception to these rules, the studies show. 2. 3. Don't Overload Students: Assigning Too Much Work Discourages Learning. Has your to-do list ever been so long that you felt physically drained at the thought of everything that needed to be done? 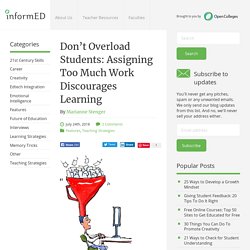 New research has shed some light on the reason behind this feeling and shows that overloading students causes not only academic stress, but also takes a toll on students’ mental and physical health, which, unsurprisingly, hinders learning. The study, led by Mollie Galloway from Lewis and Clark College, shows that although students who spend more time doing homework are sometimes more behaviourally engaged in school, they also tend to be more anxious, and report more physical symptoms due to stress. “Although the students in our study were averaging more than three hours of homework per night, most did not find this homework engaging, nor did they feel it enhanced their learning,” says Galloway. 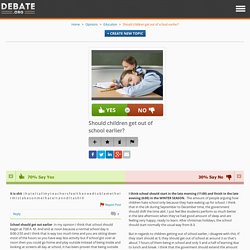 School should get out earlier In my opinion I think that school should begin at 7:00 A. M. And end at noon because a normal school day is 8:00-2:55 and I think that is way too much time and you are sitting down most of the hours so you have way less activity but if school got over at noon then you could go home and play outside instead of being inside and looking at screens all day at school, It has been proven that being outside is good for your mental health so for example if I got out of school at noon then I would go home and play with my dog outside. We should get out early.

Because some kids are tired and don't get a lot of sleep so they should be able to get out of school early. Insider. Who is Yara Shahidi Dating Currently? - All About Yara Shahidi's Love Life. Steven FerdmanGetty Images Yara Shahidi is on the top of her game right now and it's all thanks to her amazing projects and her recent start at Harvard. 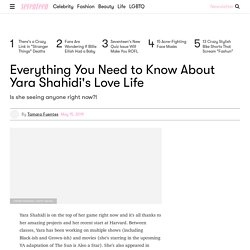 Between classes, Yara has been working on multiple shows (including Black-ish and Grown-ish) and movies (she's starring in the upcoming YA adaptation of The Sun is Also a Star). She's also appeared in several music videos, continues to top several best dressed lists, and is constantly using her platform for activism. Of course, this means Yara is such a big catch when it comes to dating. Yara Shahidi Has Found Her Voice. Yara Shahidi talks about acting (she calls it her “hobby”) the way most 18-year-olds talk about club basketball. 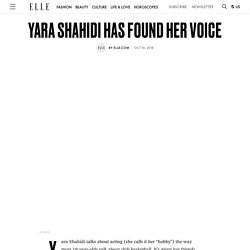 It’s given her friends and role models; it doesn’t define her. Four years ago, the Minneapolis native joined Black-ish, ABC’s Peabody-winning sitcom about the Johnson family. As the comedy developed—addressing racism, child-rearing, and national politics—so did the actress, who now fronts the show’s spin-off series, Grown-ish. (Season two premieres in January.) Over four seasons of Black-ish, Shahidi developed an erudite political consciousness. Currently, the African American–Iranian actress is a freshman at Harvard University, where she’s focusing on social studies. For you, what does it mean to be a woman in Hollywood in 2018? We’re holding people accountable for their actions. 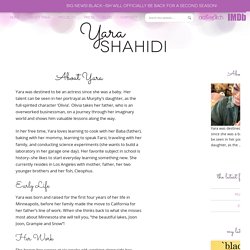 Her talent can be seen in her portrayal as Murphy’s daughter, as the full-spirited character ‘Olivia’. Olivia takes her father, who is an overworked businessman, on a journey through her imaginary world and shows him valuable lessons along the way. In her free time, Yara loves learning to cook with her Baba (father), baking with her mommy, learning to speak Farsi, traveling with her family, and conducting science experiments (she wants to build a laboratory in her garage one day). Her favorite subject in school is history–she likes to start everyday learning something new.

She currently resides in Los Angeles with mother, father, her two younger brothers and her fish, Cleophus. Early Life Yara was born and raised for the first four years of her life in Minneapolis, before her family made the move to California for her father’s line of work. Yara Shahidi. Early life[edit] Career[edit] In September 2014, Shahidi starred in ABC's prime-time comedy Black-ish as 14-year-old Zoey Johnson.[12] In December 2014 she won an NAACP Image Award in the category of 'Best Supporting Actress in a Comedy'.[13] In 2016, she signed to model with New York's Women Management modeling agency, in hopes of providing a platform to see more women of color in diverse roles.[12] She was ranked one of the best dressed women in 2018 by fashion website Net-a-Porter. [15] Activism[edit] Shahidi founded Eighteen x 18 with social news publisher NowThis,[16] which "will be a platform to encourage [her] peers to vote for the very first time in our upcoming midterm elections. 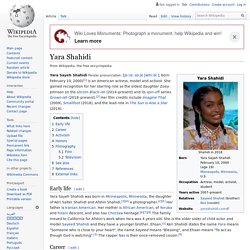 " Shahidi's activism was noticed by former first lady Michelle Obama, who wrote her a letter of recommendation to Harvard University.[19] She was also given the opportunity by Teen Vogue to interview Hillary Clinton in 2017.[20][21] Coach K. Butler - Home.