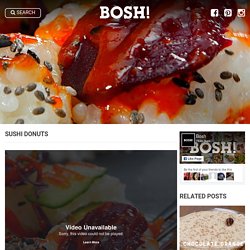 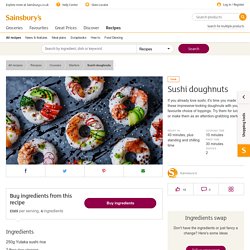 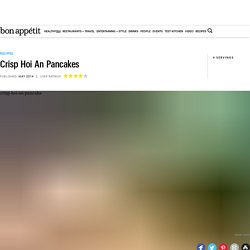 Cover and let sit at room temperature 1 hour (this allows the rice flour to hydrate; the batter will get creamier as it sits). Assembly Heat 1 Tbsp. oil in a medium nonstick skillet over medium-high heat.

Bonappetit. Leave the pristine sushi to the restaurants. 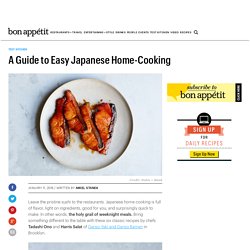 Japanese home cooking is full of flavor, light on ingredients, good for you, and surprisingly quick to make. In other words, the holy grail of weeknight meals. Bring something different to the table with these six classic recipes by chefs Tadashi Ono and Harris Salat of Ganso Yaki and Ganso Ramen in Brooklyn. Tempura Recipe. Directions Watch how to make this recipe. 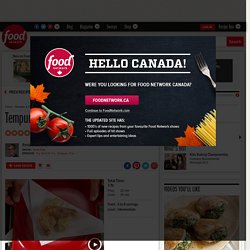 Whisk the cake flour and rice flour together in a medium glass bowl and divide it in half. Set aside. Giving Tofu the New Look It Deserves. Photo It’s not likely that tofu will become anyone’s favorite food; this we know. 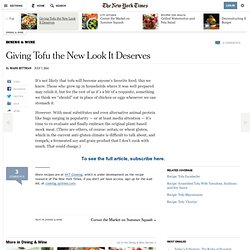 Those who grew up in households where it was well prepared may relish it, but for the rest of us it’s a bit of a requisite, something we think we “should” eat in place of chicken or eggs whenever we can stomach it. Kimchi Radish Pickle. Jean-Georges Vongerichten’s Fried Sushi Cakes With Scallops, Honey Soy Sauce and Chipotle Mayonnaise - Recipes. Excellence on the Plate, Even Without a Chef’s Edge. Erik Olsen/The New York Times It’s also why their recipes are often as annoying as running out of garlic. 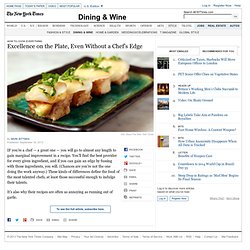 I’ve spent some time trying to make those kinds of recipes more accessible, as often as not with ; we’ve been friends since he moved to New York in the mid-1980s, and have written two books together. It’s been a while since we worked together, but his recipe here, for fried cakes of sushi-style rice topped with chipotle mayonnaise and raw scallop, then painted with a thin glaze of a soy-honey mixture, was just irresistible. (If I were an award committee, I’d give it “best of the year.”) As irresistible, for me, was the opportunity to ask J. IHM Brochettes de bœuf au fromage. Fried Sushi Cakes With Scallops, Honey Soy Sauce and Chipotle Mayonnaise. 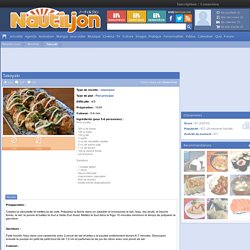 Lee said. Then his wife, Mackenzie, had an idea. “She saw this thing about Kogi on the Web,” he recalled. What captured Ms. Eighteen months later, dozens of entrepreneurs across the country are selling Korean tacos. “You get the feeling that this is our chance to mainstream Korean food,” said Jae Kim, a Seoul native, selling Korean tacos since February at his Chi’Lantro truck in Austin, Tex. “I’ve never tasted anything like this before,” said Tim Burroughs, a recent customer at Hankook Taqueria. Kimchi pancake (Kimchijeon) recipe. Hi, everybody! 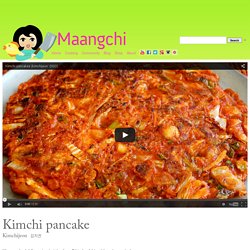