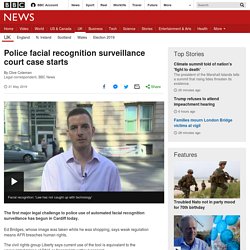 Ed Bridges, whose image was taken while he was shopping, says weak regulation means AFR breaches human rights. The civil rights group Liberty says current use of the tool is equivalent to the unregulated taking of DNA or fingerprints without consent. South Wales Police defends the tool but has not commented on the case. 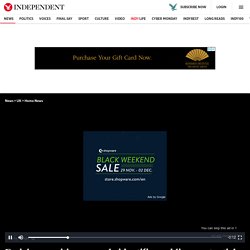 The Metropolitan Police said the controversial software could help it hunt down wanted offenders and reduce violence, but critics have accused it of wasting public money and violating human rights. The trials have so far cost more than £222,000 in London and are subject to a legal challenge and a separate probe by the Information Commissioner.

Download the new Indpendent Premium app Sharing the full story, not just the headlines Eight trials carried in London between 2016 and 2018 resulted in a 96 per cent rate of “false positives” – where software wrongly alerts police that a person passing through the scanning area matches a photo on the database. UK police say 92% false positive facial recognition is no big deal. Major study on facial recognition – humans versus computers - University of Huddersfield. ACCURATE facial identification from images is increasingly vital as an aid to criminal investigation and to prevent miscarriages of justice. 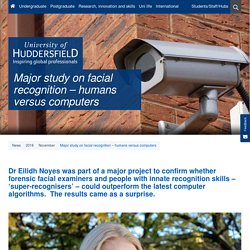 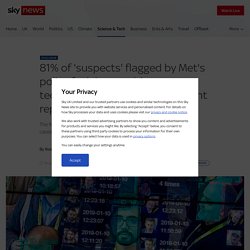 Researchers found that the controversial system is 81% inaccurate - meaning that, in the vast majority of cases, it flagged up faces to police when they were not on a wanted list. The force maintains its technology only makes a mistake in one in 1,000 cases - but it uses a different measurement to arrive at this conclusion. The report, exclusively revealed by Sky News and The Guardian, raises "significant concerns" about Scotland Yard's use of the technology, and calls for the facial recognition programme to be halted.

Citing a range of technical, operational and legal issues, the report concludes that it is "highly possible" the Met's usage of the system would be found unlawful if challenged in court. Facial recognition software unable to recognise trans people, university study suggests. Facial recognition wrongly identifies public as potential criminals 96% of time, figures reveal. Estimating the success of re-identifications in incomplete datasets using generative models. Using Gaussian copulas to model uniqueness We consider a dataset {\cal{D}}, released by an organization, and containing a sample of n_{\cal{D}} individuals extracted at random from a population of n individuals, e.g., the US population. 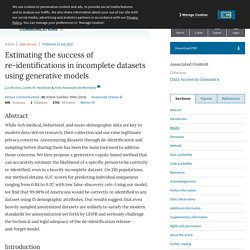 Each row x(i) is an individual record, containing d nominal or ordinal attributes (e.g., demographic variables, survey responses) taking values in a discrete sample space {\cal{X}}. We consider the rows x(i) to be independent and identically distributed, drawn from the probability distribution X with {\Bbb P}(X = {\boldsymbol{x}}), abbreviated p(x). Our model quantifies, for any individual x, the likelihood ξx for this record to be unique in the complete population and therefore always successfully re-identified when matched. 81446-facial-recognition-test-mistakenly-identified-26-california-legislators. Again? 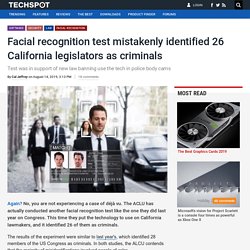 No, you are not experiencing a case of déjà vu. The ACLU has actually conducted another facial recognition test like the one they did last year on Congress. All it takes to fool facial recognition at airports and border crossings is a printed mask, researchers found. Researchers with an artificial-intelligence firm said they were able to fool facial-recognition software at an airport and mobile-payment kiosks using a printed mask, highlighting security vulnerabilities.The researchers said the tests, which were carried out across three continents, fooled two mobile-payment systems, a Chinese border checkpoint, and a passport-control gate at Amsterdam's Schiphol Airport.However, researchers were unable to fool some facial-recognition software, including Apple's Face ID.Visit Business Insider's homepage for more stories. 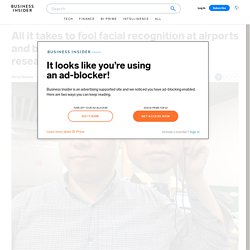 Facial recognition is being widely embraced as a security tool — law enforcement and corporations alike are rolling it out to keep tabs on who's accessing airports, stores, and smartphones. As it turns out, the technology is fallible. Facial recognition is real-life ‘Black Mirror’ stuff, Ocasio-Cortez says. During a House hearing on Wednesday, Rep. 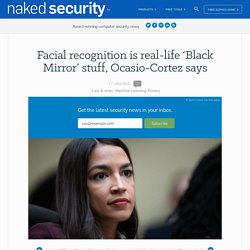 Alexandria Ocasio-Cortez said that the spread of surveillance via ubiquitous facial recognition is like something out of the tech dystopia TV show “Black Mirror.” This is some real-life “Black Mirror” stuff that we’re seeing here. Call this episode “Surveil Them While They’re Obliviously Playing With Puppy Dog Filters.” Wednesday’s was the third hearing on the topic for the House Oversight and Reform Committee, which is working on legislation to address concerns about the increasingly pervasive technology.

NIST Face Recognition Study Finds That Algorithms Vary Greatly, Biases Tend to Be Regional. The use of face recognition software by governments is a current topic of controversy around the globe. 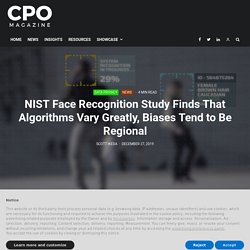 The world’s major powers, primarily the United States and China, have made major advances in both development and deployment of this technology in the past decade. Both the US and China have been exporting this technology to other countries. The rapid spread of facial recognition systems has alarmed privacy advocates concerned about the increased ability of governments to profile and track people, as well as private companies like Facebook tying it to intimately detailed personal profiles.

Facial recognition software is not ready for use by law enforcement. Brian Brackeen Contributor Recent news of Amazon’s engagement with law enforcement to provide facial recognition surveillance (branded “Rekognition”), along with the almost unbelievable news of China’s use of the technology, means that the technology industry needs to address the darker, more offensive side of some of its more spectacular advancements. 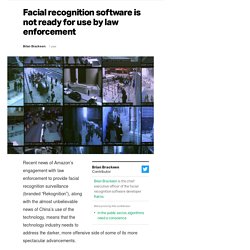 A US government study confirms most face recognition systems are racist. Almost 200 face recognition algorithms—a majority in the industry—had worse performance on nonwhite faces, according to a landmark study. What they tested: The US National Institute of Standards and Technology (NIST) tested every algorithm on two of the most common tasks for face recognition. The first, known as “one-to-one” matching, involves matching a photo of someone to another photo of the same person in a database.

This is used to unlock smartphones or check passports, for example. The second, known as “one-to-many” searching, involves determining whether a photo of someone has any match in a database. This is often used by police departments to identify suspects in an investigation. Chinese Thieves Exploit Facial Recognition Mobile Payment System to Steal. A Chinese man recently had his money stolen from his bank account after his roommates scanned his face while he was asleep to make online payments with the facial recognition function.

The incident once again raised security concerns regarding biometrics-based technologies. According to an April 8 report by Chinese media Chengdu Economic Daily, a busboy surnamed Yuan lived with two roommates in Ningbo City, Zhejiang Province. Recently, when he checked the balance in his bank account, he was shocked to discover that there was only 0.59 yuan (about $0.09) when he allegedly had about 12,000 yuan ($1,787) in the account. He reported the theft to local police immediately. Siecledigital. Une société d’intelligence artificielle du nom de Kneron a réalisé une expérimentation dans le but de piéger les technologies de reconnaissance faciale, dans les aéroports ou dans le métro chinois, avec des masques 3D de haute qualité.

How white engineers built racist code – and why it's dangerous for black people. “You good?” A man asked two narcotics detectives late in the summer of 2015. The detectives had just finished an undercover drug deal in Brentwood, a predominately black neighborhood in Jacksonville, Florida, that is among the poorest in the country, when the man unexpectedly approached them. One of the detectives responded that he was looking for $50 worth of “hard”– slang for crack cocaine. The man disappeared into a nearby apartment and came back out to fulfill the detective’s request, swapping the drugs for money. “You see me around, my name is Midnight,” the dealer said as he left.