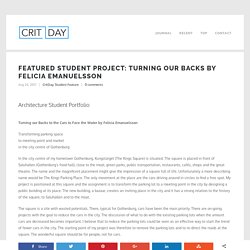 The square is placed in front of Saluhallen (Gothenburg’s food hall), close to the moat, green parks, public transportation, restaurants, cafés, shops and the great theatre. The name and the magnificent placement might give the impression of a square full of life. Unfortunately a more describing name would be The Kings Parking Place. The square is a site with wasted potentials. Kungstorget has the potential of becoming the meeting place in the city that Gothenburg is missing. The round shape of the bazaar gives a hint of the historical building and works well with the trees at the site. The program of the bazaar invites people to the square and offers activities, food, seating, walking routes and shopping. Iranian Architect. Iranian Architect. Federico babina. ARAM - London's best modern furniture store since 1964. Architecture Foundation. {collaborative network} Archithese - Zeitschrift für Architektur. 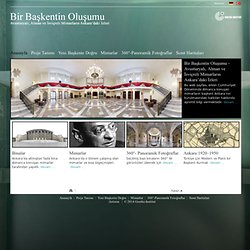 Storefront for Art and Architecture. Mimarlikmuzesi.org. Hypercities. Acadia. ARCHITECTURE LAB. About. Spatial Agency is a project that presents a new way of looking at how buildings and space can be produced. 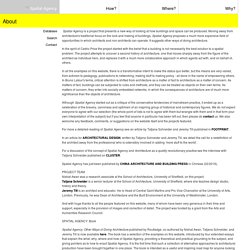 Moving away from architecture's traditional focus on the look and making of buildings, Spatial Agency proposes a much more expansive field of opportunities in which architects and non-architects can operate. It suggests other ways of doing architecture. In the spirit of Cedric Price the project started with the belief that a building is not necessarily the best solution to a spatial problem. The project attempts to uncover a second history of architecture, one that moves sharply away from the figure of the architect as individual hero, and replaces it with a much more collaborative approach in which agents act with, and on behalf of, others.

Although Spatial Agency started out as a critique of the conservative tendencies of mainstream practice, it ended up as a celebration of the bravery, canniness and optimism of an inspiring group of historical and contemporary figures. Sayısal Grafik. Dijital Üç Boyut. 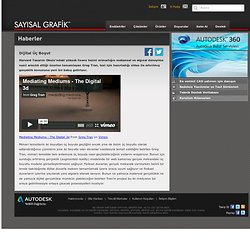 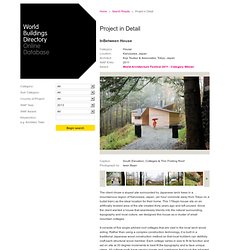 This 178sqm house sits on an artificially leveled area of the site created thirty years ago and left unused. Since the client wanted a house that seamlessly blends into the natural surrounding, topography and local culture, we designed this house as a cluster of small mountain cottages. It consists of five single pitched roof cottages that are clad in the local larch wood siding. For sustainability, this house uses a modern technology for heating and a traditional method for cooling.

Lead Architect » Koji Tsutsui & Associates Tokyo Japan. Architecture Design for Architects. Architecture online - arcspace is an architecture and design magazine that features today's most creative projects as well as the most influential of the past. Profiles of Selected Architects. The Business Networking Platform for the Built Environment.