TYWKIWDBI ("Tai-Wiki-Widbee"): Fascinating brief video. Youtube. Water - What would the purgatorial lake be like? I'm afraid it wouldn't be a lake. 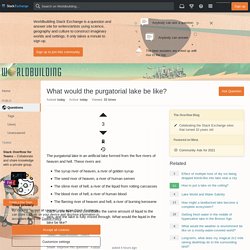 It would rapidly fill with a huge clotted mass of rotting organic matter, selecting for microorganisms with a tolerance for the relatively high concentration of hydrocarbons (although much of the kerosene would volatilize off, with many fires and explosions from this and methane). So a rancid cesspool. I'm not sure of the densities of the clotted organics relative to kerosene, so I can't say if you'd have burnt floating islands of clots or not. Possibly some thrusting up though the kerosene layer.

The material wouldn't STAY mixed for long. Given enough time, I'm sure things would evolve that fed off this mess, and the nature of what could live in it would radically alter it's ecosystem. Taranturaptor, Pandaroo, and Other Animal Hybrids We Wish Existed. Earth has no shortage of animals that amaze, frighten, and perplex us. 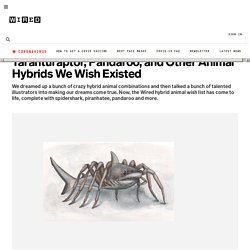 But what if we could combine species and create even more terrifying hybrids? This compilation of imaginary critter combos we'd love to see in the wild (from a safe distance) was inspired by our readers, who seem to be very interested in everything we write about spiders or sharks. Thus, the spidershark. With the help of friends, colleagues, readers and followers, the list grew to include a horde of monstrosities ranging from strangely adorable to intensely scary. But why sit around and argue about whether the spider shark would have eight fins or eight additional leggy appendages or eight eyes or all of the above? Rumble in the jungle: what animals would win in a fight? Ramachandran (2010) – Carried to Exremes. Good Question.

Can you eat a star fish? TheFourHumors. Your Book Review: On The Natural Faculties - Astral Codex Ten. [This is the second of many finalists in the book review contest. 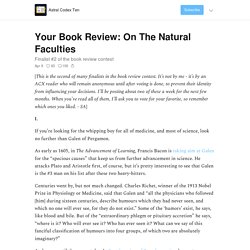 It’s not by me - it’s by an ACX reader who will remain anonymous until after voting is done, to prevent their identity from influencing your decisions. I’ll be posting about two of these a week for the next few months. When you’ve read all of them, I’ll ask you to vote for your favorite, so remember which ones you liked. - SA] If you’re looking for the whipping boy for all of medicine, and most of science, look no further than Galen of Pergamon. Centuries went by, but not much changed. And so on until the present day. Consider Galen, the second-century physician to Rome’s emperors…Galen was untroubled by doubt.

Scott then says, After hearing one too many “everyone thought Columbus would fall off the edge of the flat world” -style stories, I tend to be skeptical of “people in the past were hilariously stupid” anecdotes. This strikes me the same way. Science Meets Fiction. What If? 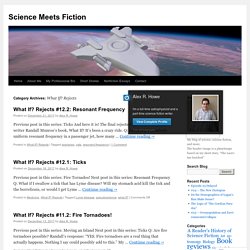 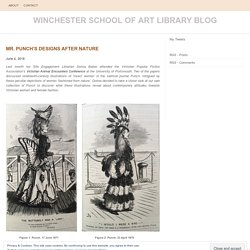 Two of the papers discussed nineteenth-century illustrations of ‘insect women’ in the satirical journal Punch. Intrigued by these peculiar depictions of women ‘fashioned from nature’, Donna decided to take a closer look at our own collection of Punch to discover what these illustrations reveal about contemporary attitudes towards Victorian women and female fashion. Figure 1: Punch, 17 June 1871 Figure 2: Punch, 23 April 1870 The Knitting Reference Library at Winchester School of Art holds issues of Punch dating from 1841 up until 1951, and I have to admit, these volumes are some of my favourite items in the collection.

Punch provides a fascinating (and sometimes strange) window into Victorian humour and political satire. Optical illusions show how animals perceive the world. Visual illusions remind us that we are not passive decoders of reality but active interpreters. 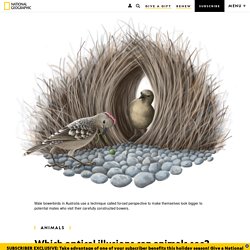 Our eyes capture information from the environment, but our brain can play tricks on us. Perception doesn’t always match reality. Scientists have used illusions for decades to explore the psychological and cognitive processes that underlie human visual perception. More recently, evidence is emerging that suggests many animals, like us, can perceive and create a range of visual illusions. Understanding where these illusions arise in different brains could help us not only learn more about how we perceive our world, but also how other animals perceive theirs. In an August study in Proceedings of the National Academy of Sciences, for example, Yale researchers showed that fruit flies, like humans, can be fooled into seeing motion in an image where there is none, such as the rotating snake illusion, well-known to neuroscientists and psychologists. Moving images. Zooniverse.