Carbon dating reveals that the Thamirabarani civilisation is 3200 years old. CM Stalin said that rice and soil retrieved from an offering pot was sent to a Miami laboratory for carbon dating. 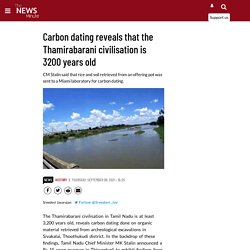 The Thamirabarani civilisation in Tamil Nadu is at least 3,200 years old, reveals carbon dating done on organic material retrieved from archeological excavations in Sivakalai, Thoothukudi district. In the backdrop of these findings, Tamil Nadu Chief Minister MK Stalin announced a Rs 15 crore museum in Thirunelveli to exhibit findings from the excavations. The museum will be called Porunai, an ancient name for the Thamirabarani river. On August 27, the Beta Analytic Testing Laboratory in Miami, USA released carbon dating results of rice and soil in a burial pot retrieved from Sivakalai in Thoothukudi district.

The results showed that rice and soil existed as far back as 1155 BCE, which is 3,200 years ago. Explainer: What the Most Recent Archaeological Findings in Tamil Nadu's Sivakalai Mean. Chennai: On September 9, Tamil Nadu chief minister M.K. 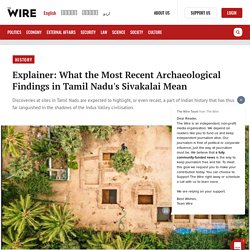 Stalin declared emphatically in the state assembly, “The writing of the history of the Indian subcontinent should now begin from the Tamil land.” He was releasing a report of the findings from archaeological digs in Tamil Nadu, specifically at Sivakalai in Thoothukudi district. Experts at the site had determined that some artefacts found there were at least 3,200 years old. In 2019, another excavation at Keezhadi, in Sivaganga district, found that it could be 2,600 years old – at least 300 years older than thought. The Sordid Story of the Most Successful Political Party in the World. The country’s cultural tastes clearly have a conservative bent, as well. 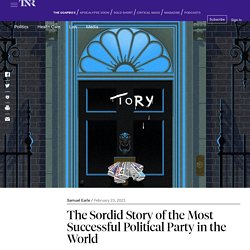 Popular television series are often period dramas that offer pleasing escapes into quaint hierarchies—Downtown Abbey, Poldark, The Crown, and so on. Why I’m Losing Hope in India. My generation of Indians has often been disappointed in our country, and we have sometimes despaired about the direction it was taking, but it’s been impossible for us to stop hoping. 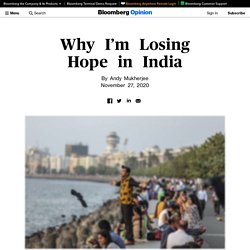 Our own past has trained us to see the silver lining. Opportunities we couldn’t imagine growing up in the 1970s and ’80s emerged from nowhere and changed our lives, and many of us believe history will keep repeating, with the pain of the pandemic shocking the economy out of its pre-Covid inertia. So it breaks my heart to have to suggest to today’s rising generation that this crisis is different than others we have weathered, that the walls are closing in again, and the opportunity set for India is shrinking, perhaps for a very long time.

The national dream of emulating China’s rapid growth is receding — by some economic yardsticks, we can’t even keep up with Bangladesh. What has driven India’s poverty reduction? - india news - Hindustan Times. Improved nutrition, better sanitation and increased asset ownership have halved India’s poverty rate between 2005-06 and 2015-16, according to a study by the Oxford University. 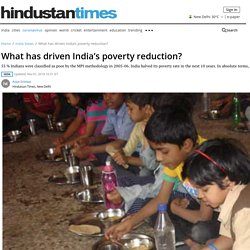 In the 10-year period, 270 million Indians were pulled out of poverty in what is perhaps one of the most significant wins of the Indian economic story. In this period, per capita GDP grew from Rs 38,750 to Rs 88,746, and India became a lower middle-income economy. Poverty statistics are notoriously controversial. It is very difficult to evolve a consensus around them. The Archives of Economic Life in South and Southeast Asia.

Introduction Archival records from South and Southeast Asia can be endangered, fragmentary, or simply non-existent. 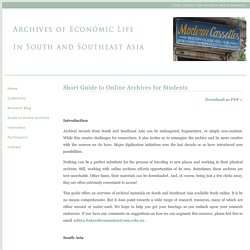 While this creates challenges for researchers, it also invites us to reimagine the archive and be more creative with the sources we do have. Major digitization initiatives over the last decade or so have introduced new possibilities. Nothing can be a perfect substitute for the process of traveling to new places and working in their physical archives. Still, working with online archives affords opportunities of its own. This guide offers an overview of archival materials on South and Southeast Asia available freely online. 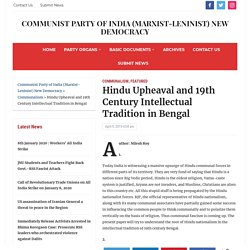 They are very fond of saying that Hindu is a nation since Rig Vedic period, Hindu is the oldest religion, Varna-caste system is justified, Aryans are not invaders, and Muslims, Christians are alien to this country etc. All this stupid stuff is being propagated by the Hindu nationalist forces. Panjab Digital Library - Revealing the Invisible Heritage of Panjab through Digitization - Punjab Digital Library, First Sikh Digital Library. Trump’s diplomatic learning curve: Time zones, ‘Nambia’ and ‘Nipple’ Several times in the first year of his administration, President Donald Trump wanted to call Japanese Prime Minister Shinzo Abe in the middle of the afternoon. 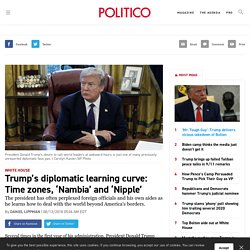 But there was a problem. Midafternoon in Washington is the middle of the night in Tokyo — when Abe would be fast asleep. Trump’s aides had to explain the issue, which one diplomatic source said came up on “a constant basis,” but it wasn’t easy. Story Continued Below. ‘We’re the Only Plane in the Sky’ Nearly every American above a certain age remembers precisely where they were on September 11, 2001. 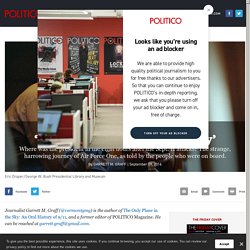 But for a tiny handful of people, those memories touch American presidential history. Complex truths about colonial India’s economy. ‘We’re the Only Plane in the Sky’ Nearly every American above a certain age remembers precisely where they were on September 11, 2001. 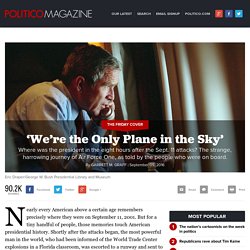 But for a tiny handful of people, those memories touch American presidential history. Uncovering the brutal truth about the British empire. Help us sue the British government for torture. That was the request Caroline Elkins, a Harvard historian, received in 2008. The idea was both legally improbable and professionally risky. Improbable because the case, then being assembled by human rights lawyers in London, would attempt to hold Britain accountable for atrocities perpetrated 50 years earlier, in pre-independence Kenya.

Gujarat2002. A New Generation’s Anger Resounds From a Packed Plaza in Paris. All through March students and unions took to the streets to demonstrate. The protests spread to the provinces. The government quickly backed down, gutting its own plan. Photo. Street Names. Old and New Street Signs. PearTree Street 1725 - reminder of the fruit trees once growing here! 1732 faded street sign when Meard Street was Meards Street Some street names were etched into the kerb The content of this website is the property of knowledgeoflondon.com and must not be reproduced without permission. Every effort is made to ensure the details contained on this site are correct, however we cannot accept responsibility for errors and omissions. About Us | Contact us | Advertising. The core printed primary and secondary sources for the medieval and modern history of the British Isles.

Your national on-line library for local history. Hypatia, Ancient Alexandria’s Great Female Scholar. One day on the streets of Alexandria, Egypt, in the year 415 or 416, a mob of Christian zealots led by Peter the Lector accosted a woman’s carriage and dragged her from it and into a church, where they stripped her and beat her to death with roofing tiles.

They then tore her body apart and burned it. Who was this woman and what was her crime? Africans in India: Pictures that Speak of a Forgotten History. Story of cities #3: the birth of Baghdad was a landmark for world civilisation.

Pakistan History. Mohenjo-Daro's New Story - Andrew Lawler Andrew Lawler. Back issues of Asian Ethnologyarranged by volume. When Mr. Modi Went to London. His 2003 visit to the UK was a nerve-racking and politically fraught affair, writes Satyabrata Pal, who was India’s Deputy High Commissioner in London at the time The last laugh: Prime Minister Narendra Modi with his UK counterpart David Cameron at Wembley Stadium in London on Friday. Credit: PTI Photo It’s admirable that Narendra Modi puts no premium on English, speaking instead in Hindi at his press conference in London, which no Indian Prime Minister before him has. Opinion / Op-Ed : How Savarkar escaped the gallows. Immediately after Madanlal Pahwa’s failed attempt on Gandhi’s life on January 20, 1948, suspicion fixed on V.D. 1922: The discovery of Tutankhamun's tomb — in color. What We Can Learn From India’s Medieval Past. Work on Indian history is increasingly threatened by those who cling to a fabricated past filled with religious conflict and display fierce animosity toward anybody who brings up evidence to the contrary The medieval past matters deeply in modern India.

Related:  Social, Economic, Political Environments   -  New Economic system/trends and new paradigms   -  "Resistance is futile, you will be assimilated." So what?   -  L'Economie Politique   -  Capitalismo, liberalismo, neoliberismo, neoconservatorismo   -  Why or Why Not   -  robwisehand   -  Effetto risorse & collaterals   -  Money Scam   -  The British Library   -  The core printed primary and secondary sources for the medieval and modern history of the British Isles   -  Your national on-line library for local history   -  25 maps that explain the English language   -  The end of capitalism has begun   -  Education   -  Enterprise