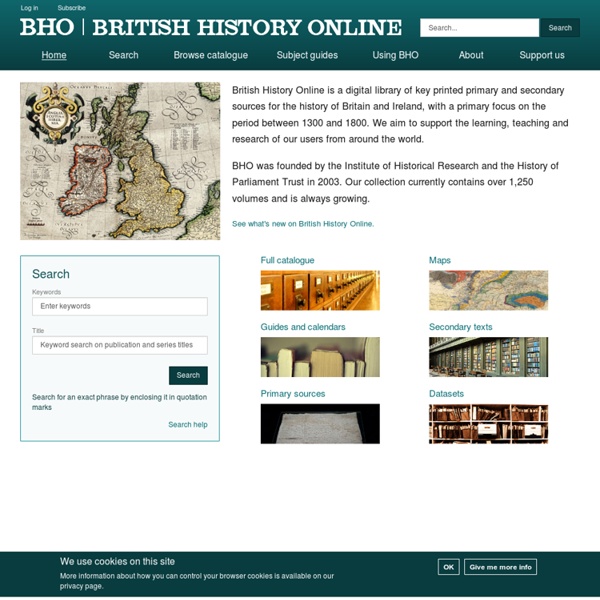 Historypin Great, you've started a collection - now it needs some pins. Great, you've created a tour - now it needs some pins. You can choose from exisiting pins on Historypin. Street Names Old and New Street Signs. PearTree Street 1725 - reminder of the fruit trees once growing here! 1732 faded street sign when Meard Street was Meards Street Some street names were etched into the kerb Dreamers and Dissenters How do people respond to the world they live in? When they disagree or dream of change, do they act within society's rules or against them? This site introduces some of the visionaries, dissenters and rule breakers of past centuries. Interactive timelines: Comparing the reigns of Victoria and Elizabeth We've sent an email with instructions to create a new password. Your existing password has not been changed. We'll send you a link to create a new password. {* #forgotPasswordForm *} {* traditionalSignIn_emailAddress *} {* backButton *} {* forgotPassword_sendButton *}

Hypatia, Ancient Alexandria’s Great Female Scholar One day on the streets of Alexandria, Egypt, in the year 415 or 416, a mob of Christian zealots led by Peter the Lector accosted a woman’s carriage and dragged her from it and into a church, where they stripped her and beat her to death with roofing tiles. They then tore her body apart and burned it. Who was this woman and what was her crime? Hypatia was one of the last great thinkers of ancient Alexandria and one of the first women to study and teach mathematics, astronomy and philosophy. Though she is remembered more for her violent death, her dramatic life is a fascinating lens through which we may view the plight of science in an era of religious and sectarian conflict. Founded by Alexander the Great in 331 B.C., the city of Alexandria quickly grew into a center of culture and learning for the ancient world.

Campaign for Abolition 2007 marks the 200th anniversary of the abolition of British involvement in the slave trade. However, the campaign which led to this abolition began as early as 1787. This resource allows you to explore a range of sources from the entire campaign - you will be able to look at minutes from the meetings of the Abolition Committee and to examine first hand, eye witness accounts of slavery. It will become clear that the issues of equality, justice and tolerance raised and explored by the resources are just as relevant today as they were two centuries ago. You might feel that the need for campaigns is also just as great.

Ancient Greek Gods & Goddesses Facts For Kids Ancient Greek Gods Welcome to our Greek Gods and Goddesses page here on History for Kids. We have some fun facts and pictures for you to color. You will learn some interesting facts about each God as you read down the page. A New Generation’s Anger Resounds From a Packed Plaza in Paris All through March students and unions took to the streets to demonstrate. The protests spread to the provinces. The government quickly backed down, gutting its own plan. Photo “Our youth feel neglected by society,” Prime Minister Manuel Valls mused carefully in an interview with the newspaper Libération. “Nuit Debout is expressing this, in its own way.”

Virtual Heritage - Hadrian's Wall. Brunton Turret Virtual Heritage presents "Hadrian's Wall. Brunton Turret", second Virtual 3D Tour over the most interesting places along the Hadrian's Wall. Brunton Turret (also known as Turret 26B) is one of the best preserved turrets on the line of Hadrian's Wall. It is located east from Roman Cilurnum fort in Chesters, and west from the Onnum fort in Haltonchesters. It was built by soldiers from the ninth cohort of the Twentieth Victorious Valerian Legion (legio XX Valeria Victrix) in 123 AD. Africans in India: Pictures that Speak of a Forgotten History An exhibition on Africans in India, highlighting the long history of African communities in India, opens on March 21 Sultan Muhammad Adil Shah of Bijapur and African courtiers, ca, 1640. Credit: The British Library Board India and Africa have a shared history that runs deeper than is often realised. Trade between the regions goes back centuries – 4th century CE Ethiopian (Aksumite) coins have been found in southern India.