Postmates On-Demand Delivery. The Best Site For Recipes, Recommendations, Food And Cooking. Apple Journal- "A Passion for Apples" - Apple Variety Descriptions. Apple Varieties. Of the thousand-plus (yes, there really are that many!) 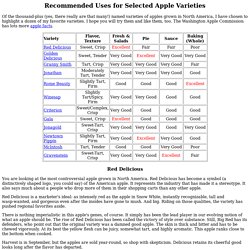 Named varieties of apples grown in North America, I have chosen to highlight a dozen of my favorite varieties. I hope you will try them and like them, too. The Washington Apple Commission has lots more apple facts. Red Delicious You are looking at the most controversial apple grown in North America. Red Delicious is a marketer's ideal: as intensely red as the apple in Snow White, instantly recognizable, tall and wasp-waisted, and gorgeous even after the insides have gone to mush.

There is nothing imperialistic in this apple's genes, of course. Harvest is in September, but the apples are sold year-round, so shop with skepticism. Back to the top of the page Golden Delicious Golden Delicious is not related to the red variety of that name, although both were christened by Stark Brothers. Golden Delicious began as a chance seedling, perhaps of Grimes Golden, on a farmer's hillside near Bomont, West Virginia.

Granny Smith Jonathan. » Coconut Macadamia Banana Muffins. Both my daughters love bananas, but eating half a banana is a common occurrence. 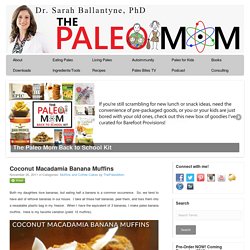 So, we tend to have alot of leftover bananas in our house. I take all those half bananas, peel them, and toss them into a resealable plastic bag in my freezer. When I have the equivalent of 3 bananas, I make paleo banana muffins. Here is my favorite variation (yield: 12 muffins): Ingredients: 1. Sesame Chicken. Skip the take-out and try this easy dish right at home – it’s not only cheaper but it tastes so much better! 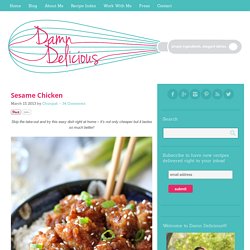 Before I get into this sesame chicken goodness, can we first talk about last night’s episode of Grey’s? I’ve been following this show for years and although the show has plummeted in the more recent years, I’ve never missed an episode (yeah, I’m that much of a loyal Grey’s fan). But last night’s episode was quite amazing. Thai Coconut Curry Soup - Chef Michael Smith. You found it! 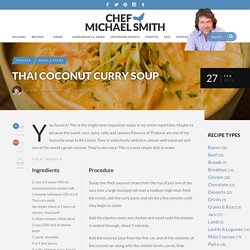 This is the single most requested recipe in my entire repertoire. Maybe its because the sweet, sour, spicy, salty and savoury flavours of Thailand are one of my favourite ways to fill a bowl. They’re seductively addictive, always well balanced and one of the world’s great cuisines. Farm burger. Vegan Diaries – Black Bean Burgers. I won’t sit here and pretend that a ‘burger’ made from black beans, asparagus and other goodies is the same as a burger made from beef. 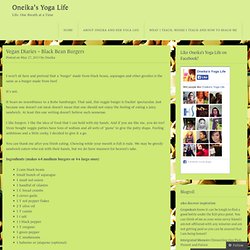 It’s not. It bears no resemblance to a Kobe hamburger. That said, this veggie burger is frackin’ spectacular. Just because one doesn’t eat meat doesn’t mean that one should not enjoy the feeling of eating a juicy sandwich. At least this one writing doesn’t believe such nonsense. Simply Vegan Living. Carob Chia Pudding After having another one of my dad’s delicious raw cakes, I finally realized how much I love the taste of carob! 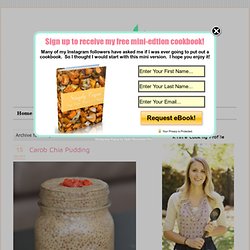 Have you ever tried carob? Cheese Enchiladas with Red Chile Sauce Recipe. Vegetables. Artichokes Selecting Look for artichokes that are heavy with leaves that are tightly packed and well hydrated. 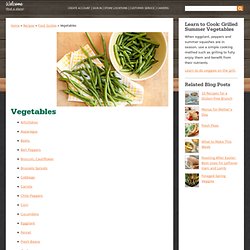 Keep an eye out for thick stems -- the heart will be roughly 1 1/2 times the diameter of the stem, so the thicker the stem the bigger the heart. Peak artichoke season is April through June and there is a smaller second season in September. Healthy Homemade Mayonnaise Recipe. Key Ingredient. Recipage. Pumpkin Fluff Dessert Dip. By Lisa, on November 14th, 2013 A friend of mine recently asked if I could “make over” her Pumpkin Fluff Dip recipe. 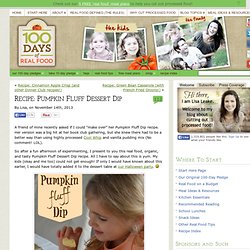 Healthy Snacks, All Natural Food, Delivered to You. Easy Thai Peanut Sauce: How to Make My Mom's Thai Satay SauceSheSimmers. My mother, in whose memory this site was created, was a cookbook addict. 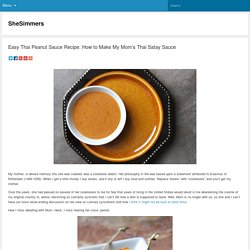 Her philosophy in life was based upon a statement attributed to Erasmus of Rotterdam (1466-1536): When I get a little money I buy books, and if any is left I buy food and clothes. Replace “books” with “cookbooks” and you’ll get my mother. Over the years, she had passed on several of her cookbooks to me for fear that years of living in the United States would result in me abandoning the cuisine of my original country or, worse, becoming so culinarily syncretic that I can’t tell how a dish is supposed to taste. Whole Wheat Pancakes That Actually Taste Good. These Whole Wheat Pancakes are made with 100% whole wheat flour and they taste absolutely delicious! 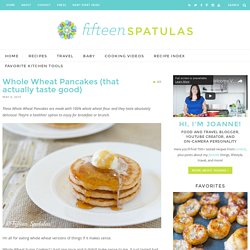 They’re a healthier option to enjoy for breakfast or brunch. I’m all for eating whole wheat versions of things if it makes sense. Whole Wheat Sugar Cookies? List of Japanese dishes. A Japanese dinner Japanese breakfast foods Below is a list of dishes found in Japanese cuisine. Apart from rice, staples in Japanese cuisine include noodles, such as soba and udon. Japan has many simmered dishes such as fish products in broth called oden, or beef in sukiyaki and nikujaga. Foreign food, in particular Chinese food in the form of noodles in soup called ramen and fried dumplings, gyoza, and western food such as curry and hamburger steaks are commonly found in Japan.

The Burlap Bag - High Quality Handmade Goods Shop - Austin Texas. This is so cool. COOK IT FROZEN! Super Easy Whole Wheat Biscuits. By Lisa, on April 8th, 2010 Whole Wheat Biscuits There are so many reasons why I love these biscuits. First of all, they are super easy to make and no special equipment (like a rolling pin or biscuit cutter) is needed. It takes no more than 15 or 20 minutes to make them from mixing the dough to pulling them out of the oven.

Yummy Bran Muffins. I am a big fan of muffins. They taste good, travel well and even freeze well. Problem is, most of them contain too much fat and sugar. Personally, I like a bran muffin without raisins. They are pretty hard to find. Whole-Wheat Pumpkin Bread. By Lisa, on September 28th, 2010 Pumpkins are in season here, but I admit I did not buy a fresh, local one for this recipe. When it comes to convenience it is unfortunately hard to beat a can of organic pumpkin puree. The 34 Simple Two-Ingredient Recipes. Creamy Avocado Pasta. Vegan Salad in a Jar. Make-Ahead Bliss.

Salad. In a jar. Quinoa Salad with Sweet Potatoes. I’ve been on kind of a salad kick lately hence the potato salad post earlier this week. Nobu's Miso-Marinated Black Cod Recipes From The Kitchn. There are many reasons to love black cod — it is sustainably fished, full of healthy omega-3 fatty acids, and wonderfully buttery when cooked. Just Cook It. Smoked Salmon Chowder Recipe at Epicurious. How to Make Easy 3-Ingredient Energy Bars at Home Cooking Lessons from The Kitchn.