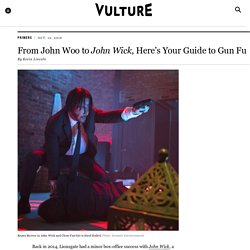 Photo: Summit Entertainment Back in 2014, Lionsgate had a minor box-office success with John Wick, a Keanu Reeves vehicle about a finely dressed assassin avenging the death of his beloved dog. (It was a really cute dog.) The film’s off-kilter world-building, and immaculate fight scenes earned it a cult fandom, and eventually, a franchise: This week brought the first trailer for the John Wick sequel, as well as news of a potential third installment.

But the film isn’t just notable for kicking off what seems like a legitimate Keanu comeback — it’s also a superb gateway drug to the wild world of gun fu. Gun fu has its roots in kung fu, the martial-arts genre that came out of Hong Kong and, thanks to the virtuosity of performers like Bruce Lee and Jackie Chan, became a worldwide phenomenon in the 1970s. If Woo turned Peckinpah into modern dance, then the Wachowskis made Woo pop art. 11 real-life sci-fi weapons that are the future of war. Technology has drastically changed the way we wage war in the modern world. 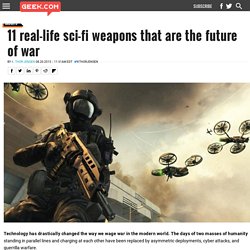 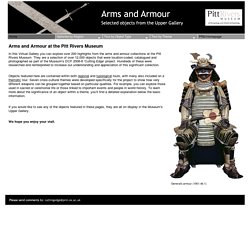 They are a selection of over 12,000 objects that were location-coded, catalogued and photographed as part of the Museum's DCF 2006-8 'Cutting Edge' project. Hundreds of these were researched and reinterpreted to increase our understanding and appreciation of this significant collection. Objects featured here are contained within both regional and typological tours, with many also included on a thematic tour. Seven cross-cultural themes were developed specifically for the project to show how very different weapons can be grouped together based on particular qualities. For example, you can explore those used in sacred or ceremonial life or those linked to important events and people in world history. 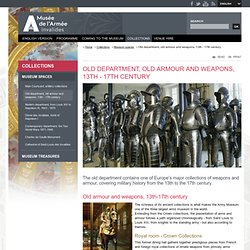 The richness of its ancient collections is what makes the Army Museum one of the three largest arms museum in the world.Extending from the Crown collections, the presentation of arms and armour follows a path organized chronologically - from Saint Louis to Louis XIII, from knights to the standing army - but also according to themes. Royal room - Crown Collections This former dining hall gathers together prestigious pieces from French and foreign royal collections of ornate weapons from princely arms manufacturers. The mural design is composed of battle scenes depicting episodes of the Franco-Dutch War, waged by Louis XIV. Medieval room: from the feudal army to the royal army Louis XIII room: the progress of the royal army. 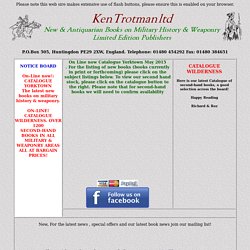 P.O.Box 505, Huntingdon PE29 2XW, England. Telephone: 01480 454292 Fax: 01480 384651 Prelude to Waterloo is available now! DUE FOR PUBLICATION AT SALUTE 25 APRIL 2015: (Wargaming in History vol. 11 & Hanoverian Army) Edged Weapons. Smile.amazon. Smile.amazon. Agincourt 600: Triumph of the longbow? On This Day In History: Someone Catch This Pilum - Someone Catch This Pilum. Battles Map. Weapons Universe. 5 Weapon Myths You Probably Believe (Thanks to Movies) We all know that war is hell: It is an unrelenting barrage of horror and tragedy, and lots of people die screaming in the mud. 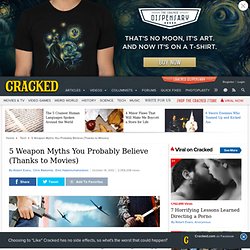 It's always been that way, back to the birth of man -- but hey, it sure looks cool, doesn't it? Without war, we wouldn't have clashing sword duels or high-stakes dogfights or raging action heroes mowing down wave after wave of ethnic stereotypes. Well, you might want to put on some comfy pants and get out a tub of consolation ice cream, because we're about to let you way, way down. Turns out real war looks nothing like the movies, and for the most part, it's just a bunch of quiet people concentrating really hard until it's time to push a button. #5. Photos.com The Scene: The sniper is the one military role that video games might actually adequately prepare us for. Getty"Hell, this 'Iraq' bullshit looks easy. " The Reality: 15th Century Combat. 10 CRAZIEST Weapons You Won’t Believe EXIST!