US of Congress Doings

Congress Approves Empty Paper Towel Roll For NASA To Use As Telescope. Democrats Attempt To Woo Joe Manchin For Reconciliation Bill By Taping Single Hershey’s Kiss To Latest Draft. Democrats Reach Deal To Introduce Landmark Fundraising Email. Budget Reconciliation, the Filibuster and the Broken Senate. Even worse is the way budget reconciliation quietly decides which kinds of problems the Senate addresses, and which it ignores, years after year. 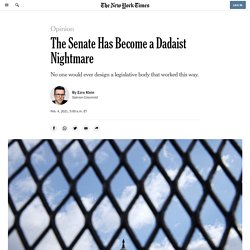 Both House and Senate Democrats have said that their first bill will be the “For The People Act,” a package making it easier and safer to vote, and weakening the power big donors wield in politics by matching small donor donations at a 6:1 rate. But the “For The People Act” can’t pass through the budget reconciliation process, so it’s a dead letter. “Why should it only take a simple majority to do tax cuts for the rich but it takes a supermajority to address the integrity of our elections?” Senator Jeff Merkley, a Democrat from Oregon, told me. “That makes no sense. Experts: Trump and McConnell have to jump through 4 hoops to seat a Supreme Court justice in just 6 weeks. United States Supreme Court Justice Ruth Bader Ginsburg died on Sept. 18, thrusting the acrimonious struggle for control of the Supreme Court into public view. 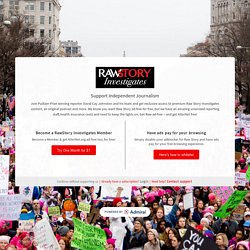 President Trump and Senate Majority Leader Mitch McConnell have already vowed to nominate and confirm a replacement for the 87-year-old justice and women’s rights icon. This contradicts the justification the Republican-controlled Senate used when they refused to consider the nomination of Merrick Garland, President Barack Obama’s pick for the Court after the death of Antonin Scalia in February 2016.

While the nation marches for the Postal Service, 26 Republicans break rank on House funding bill. The House bill was supported by every Democrat (except for Hawaii Rep. 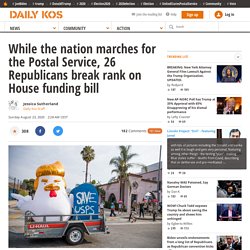 Tulsi Gabbard, who did not vote), and 26 Republicans. Those Republicans crossing the aisle represent a diverse combination of states, from rural red ones like Alaska, Nebraska, and West Virginia, to battleground states Trump must win in November, including Ohio, Texas, Florida, and Michigan. Along with 149 Republicans, Independent Rep. Justin Amash of Michigan sided with his former party with his Nay vote. After the vote, “26 Republicans” immediately began trending on Twitter. The 26 Republicans’ rejection of Republican rhetoric on the bill also didn’t go unnoticed. With the larger-than-expected display of GOP support, speculation grew that Senate Majority Leader McConnell would not be able to let the bill wither on the vine as expected. Trump, of course, was displeased. According to Speaker of the House Nancy Pelosi, the USPS’ board of governors asked for $25 billion.

The Third Crisis of 2020 Is Almost Here. Few things can terrify a person who’s struggling more than the first of the month. 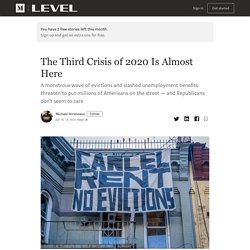 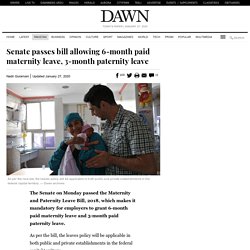 As per the bill, the leaves policy will be applicable in both public and private establishments in the federal capital territory. The bill, presented by Senator Quratulain Marri, was passed with a majority of votes, even as government senators opposed the move. It will now be sent to the National Assembly for debate. “The employees of every establishment shall be provided six-months paid maternity and three-months paternity leave as and when applied by employees, separately from their leave account, commencing from the date as applied by the applicant in the application and supported by a medical certificate,” reads the bill, a copy of which is available with Dawn.com. Article continues after ad. Infrastructure Week! Building Trump’s Wall The law of unintended consequences strikes again: President Donald Trump’s border wall is facing a surprising new legal hurdle down in Texas: an obscure legislative provision crafted by House Republicans in 2014 when the GOP was targeting then-President Barack Obama’s budget powers.The amendment, carried forward into current law, has resurfaced with a vengeance in El Paso, Texas. 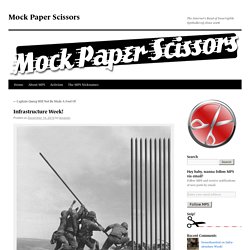 U.S District Court Judge David Briones has been quoting back its words in a series of rulings against Trump’s decision to take $3.6 billion from military construction projects to expedite his wall.As first adopted, the Republican language specifically prohibited Obama from taking any step to “eliminate or reduce funding for any program, project, or activity as proposed in the President’s budget request” until it’s cleared with Congress. House Votes to Repeal Obamacare Tax Once Seen as Key to Health Law. 9/11 Victims’ Compensation: A History of the Funding Battle. 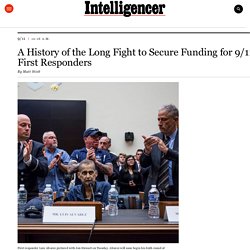 Alvarez will soon begin his 69th round of chemotherapy for cancer related to his exposure at Ground Zero. Photo: Zach Gibson/Getty Images On Tuesday, former Daily Show host and frequent advocate for 9/11 first responders Jon Stewart appeared before the House Judiciary Subcommittee on Civil Rights and Civil Liberties, encouraging representatives to vote on Wednesday to re-up the funding of the 9/11 Victim Compensation Fund. But Stewart, who appeared alongside World Trade Center emergency workers, became frustrated when only a little over half of the subcommittee members showed up. 'It's June Already,' Start Public Hearings, Jeff Toobin Urges Dems.

You could tell Jeff Toobin was really frustrated with the endless Democratic arguments about whether to hold impeachment hearings. 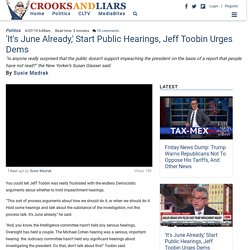 "This sort of process arguments about how we should do it, or when we should do it. Hold some hearings and talk about the substance of the investigation, not this process talk. NY Offers Chairman Neal Trump's Tax Returns, Neal Says No Thanks. Unbelievable! Just when you thought Dems couldn’t get any weaker by delaying, stalling, foot dragging, and literally having people like fascist Barr laugh right in the face of Pelosi at contempt threats, House Ways and Means committee chairman Neal says, hold my beer! 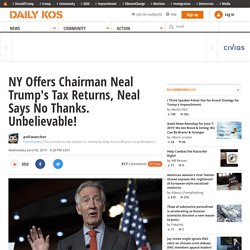 House Ways and Means Chairman Richard Neal would be the only Democrat allowed by the new law to ask for the documents, but so far he has said he won’t do it. A new study shows how badly Americans were 'fleeced' by the GOP tax bill. You may remember all the glowing predictions made for the December 2017 tax cuts by congressional Republicans and the Trump administration: Wages would soar for the rank-and-file, corporate investments would surge, and the cuts would pay for themselves. 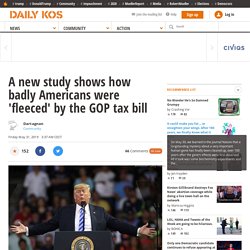 The nonpartisan Congressional Research Service has just published a deep dive into the economic impact of the cuts in their first year, and emerges from the water with a different picture. The CRS finds that the cuts have had virtually no effect on wages, haven’t contributed to a surge in investment, and haven’t come close to paying for themselves. Nor have they delivered a cut to the average taxpayer.

(emphasis added) Why Trump can raise steel tariffs without Congress. Raising taxes and tariffs is usually Congress’s job. But on Thursday, President Donald Trump officially raised tariffs on steel and aluminum imports, despite widespread opposition from Republicans in Congress — and it was completely in his right to do so. Trump signed an executive order calling on the Commerce Department to impose a 25 percent tariff on steel imports and a 10 percent tariff on aluminum. About Yesterday…

What? Me worry? (Photo: Nicholas Kamm/AFP/Getty Images) Yesterday, strategic hire AG Bill ‘low’ Barr pulled out (eww, gross!) Of a hearing with the House Judiciary Committee. Here’s How House Democrats Can Finally Nail Trump. 'You’re not his lawyer': Dem mocks Republican's frantic attempt to disrupt his grilling of Whitaker. Democrats Tank Bills to Effectively End Government Shutdowns. Trump can't handle a defeat by Pelosi because he has to be 'a winner in his own mind’: Daily Beast reporter.

Dem strategist offers SOTU plan: Ban cameras and clear the gallery. Presumptuous Congressional Freshman Thinks She Can Just Come In And Represent Constituents. Senate Republicans block attempt to keep sanctions on Russian oligarch's firms. Disheveled Trey Gowdy roasted as 'unemployed clown' after photo shows him leaving Congress for last time. Senate confirms dozens of Trump nominees on final day of 115th Congress. Here Are Some of Your Congressional Intern Horror Stories. 'Good riddance to a spineless dinosaur': Orrin Hatch gets pummeled on Twitter as he gives farewell speech. Splinternews. While Everybody Slept, Congress Did Something Extraordinary for Vulnerable Children.

Tucked quietly into the most recent congressional measure to keep the government open was the most sweeping and ambitious piece of child welfare legislation passed in at least a decade. WATCH: Kamala Harris grills FBI Director Wray over Trump’s access to sensitive Russia investigation intel. Splinternews. Grassley will check with Trump to see how they should investigate Trump. Congress’s Agenda For The Upcoming Term. Here’s what you need to know about preexisting conditions in the GOP health plan. As Republicans push out new revisions to save their health-care plan, The Post's Paige W. Here's Florida Republican not being able to answer why he voted to repeal the ACA. GOP Sen. Grassley throws a fit after Comey refuses to reveal classified information in open hearing.

Sen. Mitch McConnell's Plan to Get Neil Gorsuch on Supreme Court Was Unprecedented. WASHINGTON—The final dismal act in the perpetually dismal drama through which the late Antonin Scalia was replaced on the Supreme Court by Neil Gorsuch played out in a U.S. Senate in which everybody couldn't wait for their super-secret afternoon briefing about the big boom-boom in Syria that, in the words of CNN's eternal sucker, Fareed Zakaria, "made Donald Trump the President of the United States. " Advertisement - Continue Reading Below. Republicans rally around Nunes as Russia firestorm spreads. Devin Nunes isn’t going anywhere. Even as Democrats demand that the California Republican recuse himself from his panel’s Russia investigation and criticism ratchets up from key GOP senators, House Republicans are standing by the embattled Intelligence Committee chairman.

Story Continued Below. Devin Nunes Could Be Facing an Ethics Probe for Spilling Secrets. PolitiFact's guide to the Republican health care bill. The GOP House health care plan has lots of moving parts, but don’t fret. Proposed Law Will Jail Passengers for 4 Months for Riding in a Car Without an ID. Here's The Coretta Scott King Letter Mitch McConnell Suppressed. Elizabeth Warren formally silenced during Senate debate on Jeff Sessions nomination. Senate Republicans voted on Tuesday night to silence Elizabeth Warren for reading out a letter from the widow of Martin Luther King during a debate over Senator Jeff Sessions’ nomination for attorney general, eliciting furious response from Democrats.

Congress Fiercely Divided Over Completely Blank Bill That Says And Does Nothing. How A Merger Could Affect Congress' Favorite Airport. 20-Week Abortion Ban Passes House. Maps: Senators who voted to expand NSA’s power. A Congressman Decided To Insult A 4-Star General And Then Tried To Walk Out. HAHAHA. Congressional High Priest Concocts Farm Subsidy Bill In Legislative Cauldron. Do As We Say, Congress Says, Then Does What It Wants. GOP Protest Forces Congressional Research Service to Withdraw Tax Report. Www.fas.org/sgp/crs/misc/RL34097.pdf.