Marcellus Shale: The Real Price of Compulsory Integration In New York. The natural gas industry made Joe Todd an offer he couldn’t refuse. 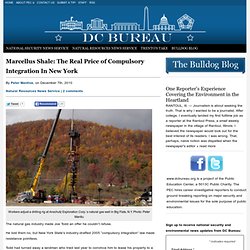 He told them no, but New York State’s industry-drafted 2005 “compulsory integration” law made resistance pointless. Todd had turned away a landman who tried last year to convince him to lease his property to a Denver-based gas driller. Then he received an official letter in January that said he had to surrender his subterranean property rights for a financial stake in the same Colorado driller’s new well operation less than a mile from his home in Big Flats, N.Y. He ripped up the letter and threw it in the trash. The drilling started up anyway. Fracking. Fracking (also often referred to as hydraulic fracturing or hydrofracking) is a process stimulation procedure first used by the oil and gas industry in 1947 at a well in the Hugoton gas field located in Kansas. 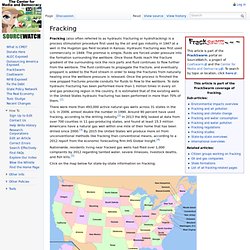 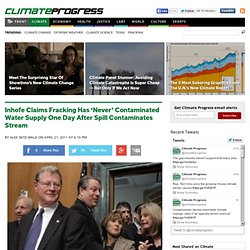 Jim Inhofe (R-OK) is perhaps Congress’ most reliable defender of dirty energy and evangelizer against the “hoax” of global warming. This morning, he took his message to Fox News host Brian Kilmeade’s radio show, where he extolled the virtues of hydraulic fracturing, a method of extracting natural gas known widely as “fracking.” Fracking is a relatively new and untested technique, but Inhofe insisted that there’s nothing to worry about, as he claimed fracking has “never poisoned anyone” nor ever contaminated groundwater: INHOFE: [There's] never been one case — documented case — of groundwater contamination in the history of the thousands and thousands of hydraulic fracturing. [...]KILMEADE: Senator, has it ever poisoned anybody? Listen here: But fracking has contaminated groundwater.

No fracking in home counties, village residents tell oil company. After earthquakes in Lancashire and tales of poisoned water and flaming taps in the US, "fracking" for gas or oil in the English home counties was never likely to be easy. 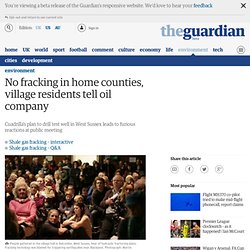 And so it proved when oil executives faced the fury of a village hall full of West Sussex residents in a clash over a controversial technology that energy companies believe could open up major reserves of energy from underground rocks. "What you are about to do will make our water beyond toxic! " Ella Reeves shouted at Mark Miller, the Pennsylvania oil man who had come to Balcombe to explain plans to search for hydrocarbons 800 metres under the Sussex weald. "It's about money for you, but for me it is about life. " The technique involves forcing thousands of gallons of chemical solution under high pressure into rocks to release oil or gas, but opponents say it pollutes groundwater, adds to greenhouse gas pollution and destroys local ecosystems. By this point some in the audience wanted to hear no more. Fracking will save us: Cabinet drops moratorium. Minister in the Presidency Collins Chabane said the executive had approved a report drawn up by the task team established to explore the controversial means of extracting gas from shale rock formations deep underground. 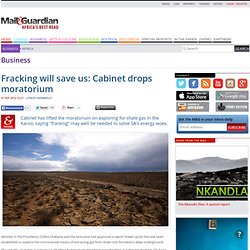 The security of energy supply to South Africa had been an important consideration in Cabinet's decision, Chabane told the media on Friday. South Africa was "an energy scarce country" and the possibility of discovering a resource like shale gas could alleviate the energy challenges facing the country, he said. The task team had deemed that it was "clearly safe to start a programme of exploration for shale". Chabane indicated that the task team's report and its recommendations would be made public, in line with a similar commitment made by the Minister of Mineral Resources Susan Shabangu.

Frackers, Iran's Oil Men Threaten Energy Cartel. Iran's potential rehabilitation comes at an awkward time for OPEC, the elite club of petroleum-producing states that controls the flow of oil to the world market. 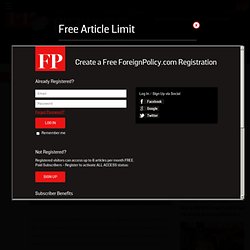 The cartel's dominance is already threatened by a boom in oil extracted from shale in the United States, and now the potential return of millions of barrels of Iranian oil to the market looms over Saudi Arabia and other OPEC countries as they meet in Vienna this week. While the global power shift brought on by the U.S. shale boom threatens OPEC from the outside, member countries are threatening it from the inside. Iraq, and now Iran, both want to increase production at a time when global supply is already high, raising the specter that OPEC won't be able to marshal its members into line to control prices.

The end result could be lower oil prices next year, according to many analysts. "OPEC's relevance is waning in our view," said Eric Lee, an oil analyst with Citigroup. Stephen Colbert: Fracking Companies Silence Their Victims. Fracking plans 'flawed': lobby group. "Our research, as well as a legal-scientific review of the environmental management plans of the three current applicants... has revealed fatal flaws," the group said in a statement released at a media briefing in Cape Town. 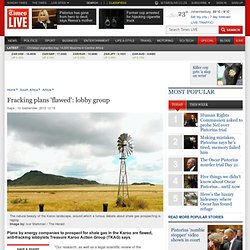