Porpoise population rebounds after California gill net ban. Around the world, fishermen use low-cost nets that sit like fences on coastal seafloors. 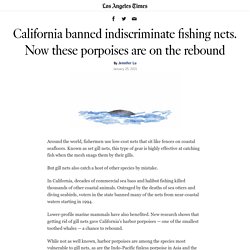 Known as set gill nets, this type of gear is highly effective at catching fish when the mesh snags them by their gills. But gill nets also catch a host of other species by mistake. In California, decades of commercial sea bass and halibut fishing killed thousands of other coastal animals. Outraged by the deaths of sea otters and diving seabirds, voters in the state banned many of the nets from near-coastal waters starting in 1994. Lower-profile marine mammals have also benefited. A Martian Sunset – NASA’s Mars Exploration Program.

April 01, 2012 On May 19th, 2005, NASA's Mars Exploration Rover Spirit captured this stunning view as the Sun sank below the rim of Gusev crater on Mars. 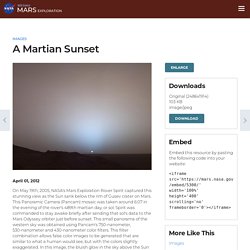 This Panoramic Camera (Pancam) mosaic was taken around 6:07 in the evening of the rover's 489th martian day, or sol. SoDo's Duwamish River Is Visibly Healing. Photo: Trees along the Duwamish. 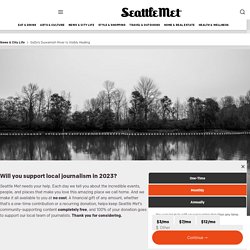 Many Seattleites live in this city and hardly see the river that birthed it. Perhaps, crossing the South Park Bridge, we glimpse water beyond the railings. The Trump administration is burying dozens of studies detailing the promise of renewable energy. This story was produced in collaboration with InvestigateWest, a nonprofit newsroom in Seattle with a focus on the environment, public health, and government accountability It was a scorching August day at the Hoover Dam as three Trump administration officials gathered for a little celebration honoring pollution-free hydroelectricity. 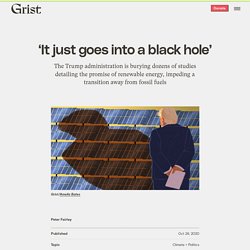 Inside the dam’s Spillway House Visitor Center, air conditioning thankfully kept people comfortable as the president’s appointees heaped praise on hydropower. A U.S. Department of Interior news release about the event calls hydroelectric dams such as Hoover —where the Colorado River slips between Arizona and Nevada — a “unique resource critical to America’s future, which supports the integration of other renewables like wind and solar onto the grid.”

20 Under 40: Bethany Karulak-Baker devotes her life to saving the bees. Editor’s note: This story was corrected at 12:45 p.m. 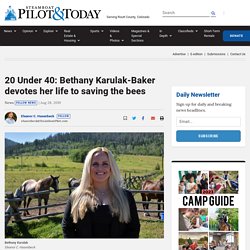 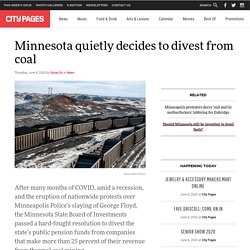 Those stocks must be sold off "in a prudent and expeditious manner, but no later than December 31, 2020," the resolution says. Retiree and youth activists alike have been pushing for divestment from fossil fuels for years. As of March, Minnesota's public employee pension funds had $4 billion invested in fossil fuel holdings. As rationale for cutting coal, the SBI said coal companies face “material declining market values and risks of stranded assets due to demand for more cost effective and efficient forms of energy production.” A number of other large public pension plans across the nation have recently removed coal companies from their investment portfolios for the same reason. We don't need more mining to have a green, high-tech economy.

Is it hypocritical to want a smartphone but not the mining that produces it? 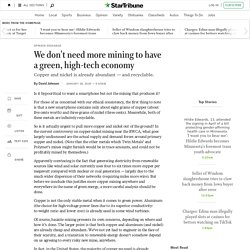 For those of us concerned with our ethical consistency, the first thing to note is that a new smartphone contains only about eight grams of copper (about five cents worth) and three grams of nickel (three cents). Meanwhile, both of these metals are infinitely recyclable. So is it actually urgent to pull more copper and nickel out of the ground? In the current controversy on copper-nickel mining near the BWCA, what goes largely undiscussed are the actual supply and demand forces around primary copper and nickel. Create, Discover and Share on Gfycat. World's biggest fund manager issues 'Darth Vader-style' threat to oust bosses who ignore climate change. The world’s biggest fund manager has threatened to vote out directors of companies that fail to address the risks posed to their businesses by climate change. 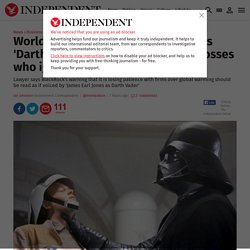 In a post on its website, BlackRock, which controls assets worth $5.1 trillion (about £4.2 trillion), said climate risk was a “systemic issue”. It said it planned to engage with the companies that are “most exposed to climate risk” over this year to help them tell investors – like BlackRock -- about the financial impacts of global warming and the shift to a low-carbon economy. In an associated briefing note, BlackRock made clear how serious it was about the issue, pointing to a letter written to businesses by its chief executive Larry Fink which had said “while we are patient investors, we are not infinitely patient”.

“Over the course of 2017 we intend to engage companies most exposed to climate risk to understand their views on [reporting their climate risks]. First farm to grow veg in a desert using only sun and seawater. Feeding cows seaweed could slash global greenhouse gas emissions, researchers say. Updated Seaweed could hold the key to cutting greenhouse gas emissions, one cow burp at a time. 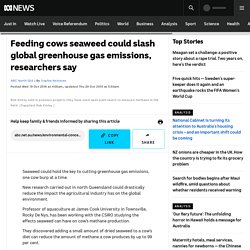 New research carried out in north Queensland could drastically reduce the impact the agricultural industry has on the global environment. Collection: DOCUMERICA Project by the Environmental Protection Agency.