Journal Club: Neurons fire in sync, helping elucidate the biological basis of learning. Researchers found that when rats learned to navigate a maze and find a reward, they displayed distinct patterns of neuronal activity. 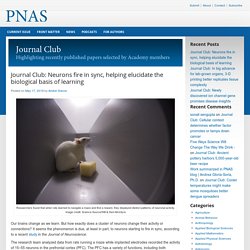 Image credit: Science Source/Will & Deni McIntyre Our brains change as we learn. But how exactly does a cluster of neurons change their activity or connections? It seems the phenomenon is due, at least in part, to neurons starting to fire in sync, according to a recent study in the Journal of Neuroscience. The research team analyzed data from rats running a maze while implanted electrodes recorded the activity of 15–55 neurons in the prefrontal cortex (PFC). Catastrophes, attentats, faits divers... Quand l’imaginaire collectif nous ébranle  Comment booster son cerveau au bureau. La formation classique a du plomb dans l'aile. 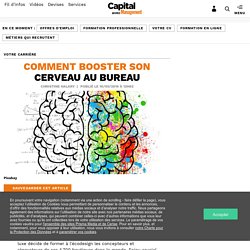 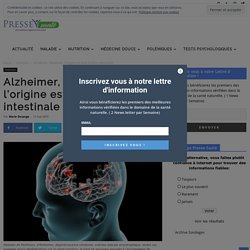 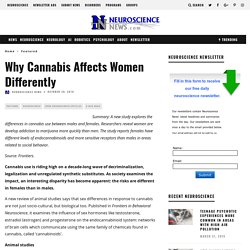 Researchers reveal women are develop addiction to marijuana more quickly than men. The study reports females have different levels of endocannabinoids and more sensitive receptors than males in areas related to social behavior. Just thinking you have poor endurance genes changes your body. If you want to win a race or stick to a difficult diet, coaches of all kinds will tell you it’s all about “mind over matter.” 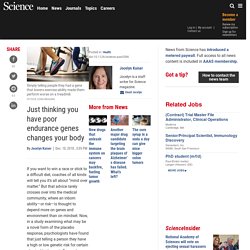 But that advice rarely crosses over into the medical community, where an inborn ability—or risk—is thought to depend more on genes and environment than on mindset. Now, in a study examining what may be a novel form of the placebo response, psychologists have found that just telling a person they have a high or low genetic risk for certain physical traits can influence how their body functions when exercising or eating, regardless of what genetic variant they actually have.

The results could be an eye-opener for medical providers and consumer DNA testing companies. “From a psychological science perspective, it’s not terribly surprising that genetic risk information can function this way,” says behavioral researcher Susan Persky of the National Human Genome Research Institute in Bethesda, Maryland, who was not involved in the study. How the Brain Works During Simultaneous Interpretation. Summary: A new EEG study reveals how the brain utilizes more cognitive resources to hold memory and process previous information. 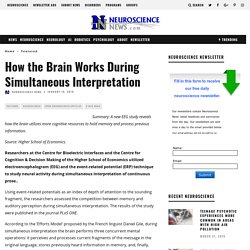 Source: Higher School of Economics. Researchers at the Centre for Bioelectric Interfaces and the Centre for Cognition & Decision Making of the Higher School of Economics utilized electroencephalogram (EEG) and the event-related potential (ERP) technique to study neural activity during simultaneous interpretation of continuous prose.. Using event-related potentials as an index of depth of attention to the sounding fragment, the researchers assessed the competition between memory and auditory perception during simultaneous interpretation. The results of the study were published in the journal PLoS ONE. Zachary R. Wood: Why it's worth listening to people you disagree with. Sans titre. How the Brain Decides to Make an Effort. Summary: A new study sheds light on the neural mechanisms behind how we make effortful decisions. 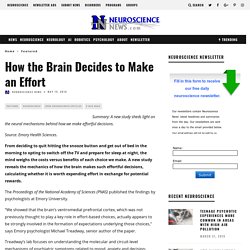 Source: Emory Health Sciences. From deciding to quit hitting the snooze button and get out of bed in the morning to opting to switch off the TV and prepare for sleep at night, the mind weighs the costs versus benefits of each choice we make. A new study reveals the mechanics of how the brain makes such effortful decisions, calculating whether it is worth expending effort in exchange for potential rewards. The Proceedings of the National Academy of Sciences (PNAS) published the findings by psychologists at Emory University. “We showed that the brain’s ventromedial prefrontal cortex, which was not previously thought to play a key role in effort-based choices, actually appears to be strongly involved in the formation of expectations underlying those choices,” says Emory psychologist Michael Treadway, senior author of the paper.

Switches For Fear And Courage Found. Two adjacent clusters of nerve cells in the brain whose activation levels upon seeing a visual threat spelt the difference between a bold or timid response have been identified by researchers at Stanford University, as published in Nature. 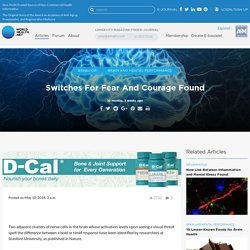 The clusters are located in the middle of the brain sending signals to different brain areas, igniting opposite behaviors when presented with visual threat. Selective alteration of activity levels of the 2 nuclei researchers were able to dispose model mice to either aggressively stand ground, freeze, or run to a hiding space when approached by a simulated predator. Human brains most likely possess equivalent circuitry, findings ways in which to noninvasively shift balance between signaling strengths of the nuclei in certain situations people find as threatening may help patients with excessive phobias, post-traumatic stress, or anxiety disorders lead more normal lives.

The bold courageous behavior was clear, loud, and unmistakable. Self Consistency Influences How We Make Decisions. Summary: Researchers say our decisions are influence by our past judgments as a way to remain self consistent. 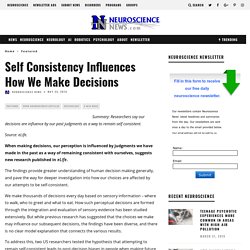 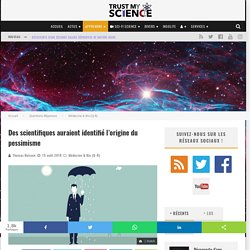 These effects on behavior depend critically on whether you inhale or exhale and whether you breathe through the nose or mouth. In the study, individuals were able to identify a fearful face more quickly if they encountered the face when breathing in compared to breathing out. The study was published Dec. 6 in the Journal of Neuroscience. The senior author is Jay Gottfried, professor of neurology at Feinberg. The amygdala is strongly linked to emotional processing, in particular fear-related emotions. How the Brain Combines Memories to Solve Problems. Summary: Using AI technology, researchers provide new insight into how the human brain connects individual episodic memories to help solve problems. Source: Cell Press. Humans have the ability to creatively combine their memories to solve problems and draw new insights, a process that depends on memories for specific events known as episodic memory.

But although episodic memory has been extensively studied in the past, current theories do not easily explain how people can use their episodic memories to arrive at these novel insights. Results from a team of neuroscientists and artificial intelligence researchers at DeepMind, Otto von Guericke University Magdeburg and the German Center for Neurodegenerative Diseases (DZNE), publishing in the journal Neuron on September 19, provide a window into the way the human brain connects individual episodic memories to solve problems. For example, imagine you see a woman driving a car on your street. John Assaraf - Science Reveals: You Can Rewire Your Brain for Greater Success. Anjan Chatterjee: How your brain decides what is beautiful. How the Brain Decides What to Learn. Summary: The paraventricular thalamus helps the brain identify and track the most salient details of a situation, helping to enhance learning, a new study reveals. Source: Stanford.

In order to learn about the world, an animal needs to do more than just pay attention to its surroundings. It also needs to learn which sights, sounds and sensations in its environment are the most important and monitor how the importance of those details change over time. TED-Ed - The left brain vs. right brain myth. Do you say “sorry” too much? What to say instead. Jenice Kim This post is part of TED’s “How to Be a Better Human” series, each of which contains a piece of helpful advice from someone in the TED community. To see all the posts, go here. Think about all the times you use the word “sorry” in a typical day. There are the necessary “sorry”s — when you bump into someone, when you need to cancel plans with a friend.

But what about the unnecessary “sorry”s? Forgetting uses more brain power than remembering. Summary: Intentional forgetting may require more attention to the unwanted information, rather than less. Source: University of Texas at Austin. Ed.ted. Neuroscientists find brain pathway supporting an intersection of taste and pain.

University of Oklahoma neuroscientists have found a pathway in the brain where taste and pain intersect in a new study that originally was designed to look at the intersection of taste and food temperature. This study was the first time researchers have shown that taste and pain signals come together in the brain and use the same circuitry. "We originally aimed to look at how sense of taste works with thermal sensation in this study to better understand how taste is connected to food preferences, health and well-being. Taste is also closely tied to emotion and understanding how the brain processes different tastes is significant on several levels," said Christian Lemon, principal investigator on the grant and associate professor in the OU Department of Biology, OU College of Arts and Sciences.

Negative emotions can reduce our capacity to trust. Summary: The activity of the temporoparietal junction becomes significantly suppressed during trust decisions when people feel threatened, a new study reports. Source: University of Zurich It is no secret that a bad mood can negatively affect how we treat others. But can it also make us more distrustful? Yes, according to a new study, which shows that negative emotions reduce how much we trust others, even if these emotions were triggered by events that have nothing to do with the decision to trust. The study was carried out by an international research team from the University of Zurich (UZH) and the University of Amsterdam (UvA). It's Not Your Fault, Your Brain is Self-Centered.

Summary: Testing self-referential bias in working memory, researchers report people automatically self prioritize. This may form the basis for egocentric bias when it comes to decision making. Source: Duke University You’re in the middle of a conversation and suddenly turn away because you heard your name. Don’t worry, you aren’t rude. Does Being an Atheist or Agnostic Affect Your Health?