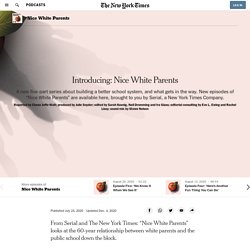 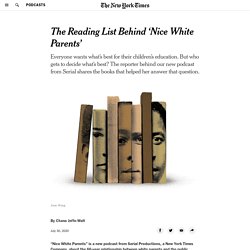 Listen to the first two episodes now and keep an eye out for new episodes each Thursday, available here and on your mobile device: Via Apple Podcasts | Via Spotify | Via Google “I depended on several excellent archivists and historians to track the history of one school,” said Chana Joffe-Walt of her five-year process reporting “Nice White Parents,” which follows what happened when a group of white families arrived at a predominantly Black and Latino school in New York City. “And there are a few specific books that ran on a loop in my head as I went,” she said. “They were essential in helping me understand what I was seeing and learning.” Here are a few of those books, and Chana’s thoughts on each of them: Margaret A. Amanda E. Clarence Taylor Vanessa Siddle Walker Elizabeth Gillespie McRae Matthew F. Eve L. Ms. Everything You Need to Know About Building a Great Screencast Video. 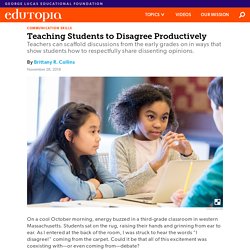 Students sat on the rug, raising their hands and grinning from ear to ear. As I entered at the back of the room, I was struck to hear the words “I disagree!” Coming from the carpet. Could it be that all of this excitement was coexisting with—or even coming from—debate? I hung my coat and settled in to observe this science lesson in action. I recalled the political pundits I had listened to on my morning commute. Situated among the desks, I thought of my own experiences leading story circles centered around identity development. Dissent is crucial to productive discussion—whether in third grade, Congress, or the board room. Encourage Students to Listen Without Responding Active listening is a pervasive phrase in education. Stamped: Racism, Antiracism, and You: A Remix of the National Book Award-winning Stamped from the Beginning eBook: Reynolds, Jason, Kendi, Ibram X.: Kindle Store. Why White Students Need Multicultural and Social Justice Education. 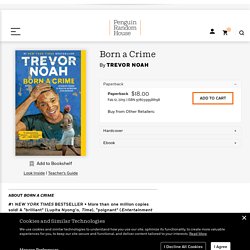 —Parade “You’d be hard-pressed to find a comic’s origin story better than the one Trevor Noah serves up in Born a Crime. . . . [He] developed his aptitude for witty truth telling [and]…every hardscrabble memory of helping his mother scrape together money for food, gas, school fees, and rent, or barely surviving the temper of his stepfather, Abel, reveals the anxious wellsprings of the comedian’s ambition and success. If there is harvest in spite of blight, the saying goes, one does not credit the blight-but Noah does manage to wring brilliant comedy from it.” —O: The Oprah Magazine “What makes Born a Crime such a soul-nourishing pleasure, even with all its darker edges and perilous turns, is reading Noah recount in brisk, warmly conversational prose how he learned to negotiate his way through the bullying and ostracism. . . .

“[Noah] thrives with the help of his astonishingly fearless mother. . . . Just Mercy - Watch Now. How to Outsmart Your Own Unconscious Bias. Whiteprivilege. Dr. Robin DiAngelo discusses 'White Fragility' How to Be an Anti-racist Teacher. I have seen some of these very same students walk into another teacher’s classroom, go to the last row of desks, and put their head down. 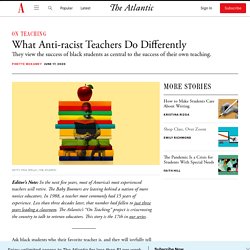 I have seen them sit frozen in their seat, staring at an assignment—when earlier I had heard them make jokes, talk excitedly about the content of their history class, celebrate solving a vexing algebra equation, or shake a test tube with authority, waiting for a result. Their report cards often reveal this disparity in classroom experiences: A’s and B’s in classes where they feel valued and C’s, D’s, or even F’s in classes where they don’t. When black students’ academic strengths are overlooked, black students are marginalized.

They are kept out of advanced courses, given bad grades, and sent to the dean’s office. Anti-racist teachers take black students seriously. I spent the majority of my career in the classroom, and I loved it because—to do it well—it required that I call on all aspects of my humanity.