Listening English. 50 Books To Read if you Love Jane Austen. There aren’t many novels to truly compare to Jane Austen (probably none if I’m being honest). 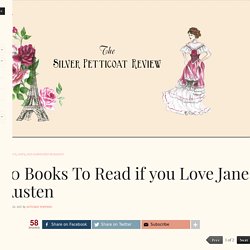 However, there are several kindred novels available for readers who love her work. Known for her swoon-worthy romantic novels (without being too mushy), biting wit, an irony that critiques social hypocrisy, and memorable characters both male and female, Jane Austen’s literary style stands out and has influenced several writers that followed. Two hundred years after her death, Jane still has a loyal following of Janeites. Plus, readers with an undying devotion for Mr. 10 Books For Adults That Are Just As Magical As The Harry Potter Series – Bookish Buzz. It seems impossible to think that anything could compare, but if you look hard enough, there are books we can read as adults that have some of the same elements as our beloved Harry Potter. here is a small list of them. 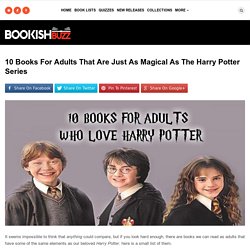 The Name of the Wind By Patrick Rothfuss The Name of the Windis the story of a young man who grows up to be the most famous wizard the world has ever known. This concept might sound just the tiniest bit familiar to Potter fans. Elektronikus könyvek. Budapesti Cervantes Intézet. Eight novels to help you learn English. One of the worst things I find about learning a language is the fact that it is vitally important to read books in your target language. 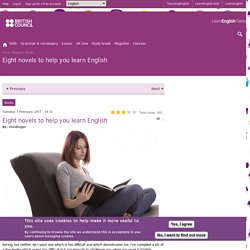 I love reading, but I find it really hard to find the time to read because I usually like to read quickly and as a Literature student it is important for me to understand every word. I find it even harder to decide which books I am going to read, as I don’t want one that is too easy and boring, but neither do I want one which is too difficult and which demotivates me.

I’ve compiled a list of a few books which aren’t too difficult but are enough to challenge you when you read in English. What are Scottish reduplicate words and why are they amazing? THE Scottish language has a long list of words and expressions where the second part echoes the first. 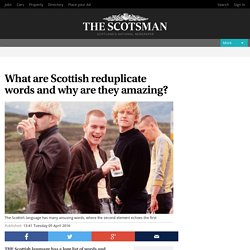 8 inspiring quotes about the landscape of Scotland. How Much Viking Lore Is True? In TV series from Vikings to Game of Thrones, the icy wastes of the north provide the backdrop to dramatic, often violent, stories of kings and warriors, dragons and trolls. 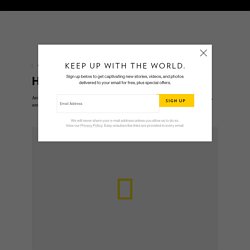 The source for many of these dramas is the Icelandic sagas. In her new book, Beyond the Northlands: Viking Voyages and the Old Norse Sagas, historian Eleanor Rosamund Barraclough explores the world of the sagas, teasing fact from fiction to show that there was much more to the Norse peoples than rape and pillage. Localingual: listen to the voices of the world. 11 pieces of wisdom from Winnie the Pooh. Shel Silverstein. 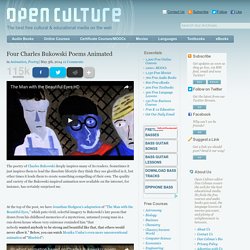 Atlas – A letter to my freshman self Lyrics. Intride – Letter To My Future Self Lyrics. J. K. Rowling Quotes. Dylan Thomas reciting his villanelle 'Do Not Go Gentle into that Good Night' DigiVatLib. Képtári történetek. KT_043051- ZARÁNDOKLÁS A CÉDRUSOKHOZ LIBANONBAN. The Center for Fiction. About Our First Novel Prize The Center for Fiction's First Novel Prize is awarded to the best debut novel published between January 1 and December 31 of the award year. 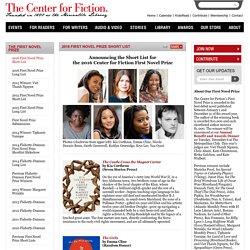 The author of the winning book is awarded $10,000 and each shortlisted author recieves $1,000. The winner will be announced at our Annual Benefit and Awards Dinner on Tuesday, December 6 at The Metropolitan Club. The Shape Of Emily’s Coffin – The Hairpin. Norway considers giving mountain to Finland as 100th birthday present. What do you give a country that has 188,000 lakes for a birthday present? Its highest mountain back, obviously. Norway’s government has confirmed that for the centenary of Finland’s independence next year it is considering moving the border, gifting its Nordic neighbour a mountain peak that would be the country’s highest point. “There are a few formal difficulties and I have not yet made my final decision,” the Norwegian prime minister, Erna Solberg, told NRK, the national broadcaster. “But we are looking into it.” At 1,324 metres above sea level, the highest point in Finland currently lies on a bleak mountain spur known as Hálditšohkka, part of a far larger fell known as Halti, more than 200 miles inside the Arctic Circle.

Midsummer Night's Dream: Entire Play. Welcome to Lit2Go ETC. GCSE Bitesize - English Literature. 25 maps that explain the English language. English is the language of Shakespeare and the language of Chaucer.

It’s spoken in dozens of countries around the world, from the United States to a tiny island named Tristan da Cunha. These Ancient Trees Have Stories to Tell. Over three trillion trees live on planet Earth, and yet we know so few of their stories. 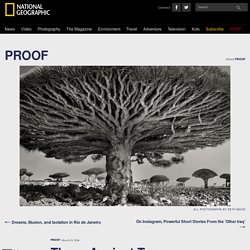 Of course all trees play an important role—purifying the air, hosting the feathered and the furry, teaching kids (and kids at heart) how to climb—but some have spent more time doing these things than others. Quiver trees, for example, can live up to 300 years, oaks can live a thousand years, and bristlecone pines and yews can survive for millennia. In 1999, photographer Beth Moon took it upon herself to begin documenting some of these more seasoned trees.

Specifically, she sought out aged subjects that were “unique in their exceptional size, heredity, or folklore.” Joshua Travis Dickerson - HOME. Storyline Online - Where Reading Is Fun! Lithuanian Liteature: top Lithuanian books and writers. Lithuanian Literature Translated foreign literature is more popular in Lithuania than the Lithuanian one but some local "star authors" manage to write an extremely successful book now and then. For others a small market precludes from making a decent living as very few Lithuanian books get translated to English. Like other art, Lithuanian literature passed multiple distinct phases. Aesops Fables NT. The best young adult books of 2015. 11 Free Reading Websites for Kids. At Really Good Stuff, we know that teachers and parents have limited time when it comes to finding free, high-quality online resources for their children.

As always, it is strongly recommended that teachers view the sites before introducing them to their students to make sure the content is appropriate for the grade/age level. Be sure to check out 11 Free Math Websites for Kids and 11 Free Science Websites for Kids too! Authors. 26 Inspiring Poems About the Joys and Importance of Books and Reading. “Oh, for a nook and a storybook. With tales both new and old. For a jolly good book whereon to look. Is better to me than gold.”— Old English Song. April is National Poetry Month. In honor and celebration of the largest literary celebration in the world, I’ve compiled a list of 26 of our favorite poems about books, of course books. English e-Reader. Books for children – Read online books for kids – Dino Books. Poets.org. Kids Songs that Build Literacy Skills.