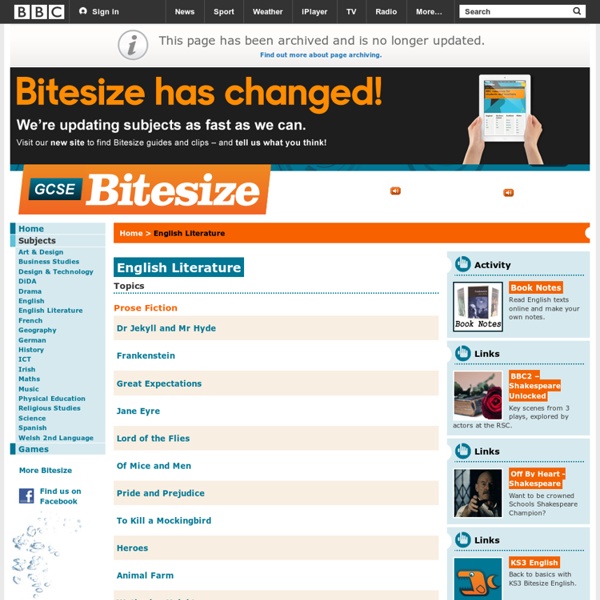 The Victorian Web: An Overview 25 maps that explain the English language English is the language of Shakespeare and the language of Chaucer. It’s spoken in dozens of countries around the world, from the United States to a tiny island named Tristan da Cunha. It reflects the influences of centuries of international exchange, including conquest and colonization, from the Vikings through the 21st century. Here are 25 maps and charts that explain how English got started and evolved into the differently accented languages spoken today. The origins of English 1) Where English comes from English, like more than 400 other languages, is part of the Indo-European language family, sharing common roots not just with German and French but with Russian, Hindi, Punjabi, and Persian. 2) Where Indo-European languages are spoken in Europe today Saying that English is Indo-European, though, doesn’t really narrow it down much. 3) The Anglo-Saxon migration 4) The Danelaw The next source of English was Old Norse. 5)The Norman Conquest 6) The Great Vowel Shift The spread of English Credits

Five close reading strategies to support the Common Core I walked in to my first college class, Political Science 101, eager to learn. For my inaugural college assignment, my professor asked the class to read the first three chapters of the textbook for the next class period. That night, I returned to my dorm room, determined to learn everything I could in those three chapters. I pulled out my textbook and highlighter. However, when I opened my textbook it was unlike anything I had read in high school. I shrugged, pulled out my highlighter and started highlighting. I quickly realized that I had no real game plan for reading this complicated textbook. Flash forward to my first few years of teaching. While this method may have been slightly more effective than what I used that first day of college, it was still too vague and ambiguous for my students. Last fall, I attended an AVID workshop about critical reading strategies. 1. The Common Core asks students to be able to cite and refer to the text. 2. 3. 4. 5. · Ask questions.

BookRags.com | Study Guides, Lesson Plans, Book Summaries and more Literary Criticism Online Norway considers giving mountain to Finland as 100th birthday present | World news What do you give a country that has 188,000 lakes for a birthday present? Its highest mountain back, obviously. Norway’s government has confirmed that for the centenary of Finland’s independence next year it is considering moving the border, gifting its Nordic neighbour a mountain peak that would be the country’s highest point. “There are a few formal difficulties and I have not yet made my final decision,” the Norwegian prime minister, Erna Solberg, told NRK, the national broadcaster. At 1,324 metres above sea level, the highest point in Finland currently lies on a bleak mountain spur known as Hálditšohkka, part of a far larger fell known as Halti, more than 200 miles inside the Arctic Circle. Halti’s summit, at 1,365 metres high, is a kilometre away in Norway. “Geophysically speaking, Mount Halti has two peaks, one Finnish and one Norwegian,” NRK explained to bemused viewers earlier this year.

Great reading strategies: ‘First lines’ for developing comprehension Throughout the summer I’ve been posting a series of posts looking at communicative classroom reading strategies. I’ve started each post with this little bit of blurb explaining my thinking behind the series, as well as what you can expect to find in each post. Although this is now the sixth post of the series, please feel free to read on (you should probably skip this section if you’ve read my previous entries in the series). As far as I’m concerned, when implementing strategy training of this kind in your classes teacher demonstration, modeling, and follow-up independent practice are all critical factors for success. I’d also say that learner discussion following strategy instruction is also helpful. Each strategy in this series of posts will most likely include most – if not all – of the following: Does this sound OK to you? 6. When to use: I’d suggest this should probably be used before readingHow to use: Individually, with small groups or even in a whole class setting Example

Englishbiz - GCSE English and English Literature Revision Guides These Ancient Trees Have Stories to Tell Over three trillion trees live on planet Earth, and yet we know so few of their stories. Of course all trees play an important role—purifying the air, hosting the feathered and the furry, teaching kids (and kids at heart) how to climb—but some have spent more time doing these things than others. Quiver trees, for example, can live up to 300 years, oaks can live a thousand years, and bristlecone pines and yews can survive for millennia. In 1999, photographer Beth Moon took it upon herself to begin documenting some of these more seasoned trees. She found some of her subjects through research and discovered others through tips from friends and enthusiastic travelers. “Sometimes the journey is half the fun,” says Moon, citing a tree in Madagascar that was particularly hard to find. Part of what intrigues her about these trees, which are older than many of our most established institutions, is what makes them last. Many of the real trees represented, however, face hard times ahead.

Free Guided Reading ENG 1001: Writing Resources Text only The resources linked below are designed for students in the course and should be especially useful as you are working on writing assignments. The Writing Process Guidelines for All Essays Sample Essays and Checklists Thesis, Organization, the Support and Development of Ideas Punctuation, Grammar, Word Choice Style Writing with Sources Evaluation of Essays Miscellaneous External Links The Web pages linked above were prepared by the instructor for the course. Copyright Randy Rambo, 2014. The Center for Fiction About Our First Novel Prize The Center for Fiction's First Novel Prize is awarded to the best debut novel published between January 1 and December 31 of the award year. The author of the winning book is awarded $10,000 and each shortlisted author recieves $1,000. The winner will be announced at our Annual Benefit and Awards Dinner on Tuesday, December 6 at The Metropolitan Club. This year's judges are: Viet Thanh Nguyen, Chris Abani, Kate Christensen, Rivka Galchen, and Kate Walbert. Previous winners include Marisha Pessl, for Special Topics in Calamity Physics (Viking), Junot Díaz, for The Brief Wondrous Life of Oscar Wao (Riverhead/Penguin), Hannah Tinti, for The Good Thief (The Dial Press), John Pipkin, for Woodsburner (Doubleday/Nan A. Click here to view the First Novel Prize Long List. Photo Credits: Bruce E.

Home - World Stories Literary Resources on the Net (Lynch) Literary Resources on the Net These pages are maintained by Jack Lynch of Rutgers — Newark. Comments and corrections are welcome. Updated 7 January 2006. Search for a (single) word: Or choose one of the following categories: General Sources These sources are too important to be buried in my miscellaneous pages, and too miscellaneous to be put anywhere else. The Voice of the Shuttle Alan Liu's superb collection of electronic resources for the humanities. Calls for Papers A current list from the cfp@english.upenn.edu mailing list. About These Pages This set of pages is a collection of links to sites on the Internet dealing especially with English and American literature, excluding most single electronic texts, and is limited to collections of information useful to academics — I've excluded most poetry journals, for instance. This page is maintained by Jack Lynch.