TypeScript - JavaScript that scales. Why Every Company Needs An Artificial Intelligence (AI) Strategy For 2019. Choosing a First Programming Language for Kids and Beginners - Medium. If you spend any time programming, either professionally or for a hobby, you’ve probably tried at least half a dozen different programming languages. 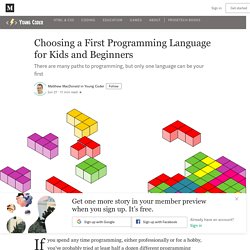 But the first language you learn is special. It sticks with you, maybe forever. Why are first languages so memorable? Maybe it’s the pain of that first syntax error. Or perhaps it’s the excitement of getting a tiny window on computer screen to finally bend to your will. Some of these concepts are algorithmic building blocks that you’ll use in every language, like variables, loops, functions, and conditional logic.

🐱‍🏍 stuntcat is our open source mini-game we worked on in order to drive pygame 2 development forward. We wanted to make a real mini-game and try to release it for sale on as many platforms as possible. So that other people can look at the source code and distribute their game on more platforms too. We only had 4 days... but during that time more than 14 people got involved. Sine scroll - easy JavaScript tutorial. 3d Mandelbrot fractal in Blender python. Python Programming Tutorials. Welcome to an introduction to Python and Programming. My goal with this series is to do things a bit different than you usually see with programming tutorials.

The problem with most basics tutorials is they just cover the syntax of a language and use a toy example per new concept, repeating this through up to 100s of things like statements, methods and other paradigms of programming. For one, this is boring. Two, this isn't how anyone I have ever met actually learns to program, it's certainly not the way I did it, and my goal with this website and youtube channel has always been to produce content in the way that I wish I had been taught. With my current basics series, I typically tell people to follow the basics until part 13 (it's a 70 part series), but even to part 13 isn't quite how I think one should learn to program or Python. The way you will actually learn to program with a language like Python is the culmination of 3 things: So, here's the deal. Try DJANGO Tutorial - 1 - Welcome. Python Django Tutorial: Full-Featured Web App Part 1 - Getting Started. Top scoring links : django. Released a Pygame game on Steam after 3+ years of development, might be helpful to someone here : pygame.

How do I make my python program into a browser application? : learnpython. How to Create and Host a Cloud Python 3 Web App FREE (Part 1) PyCharm: the Python IDE for Professional Developers by JetBrains. Comprehensive Python Cheatsheet. ShadowyFrozenVariety. Connected! 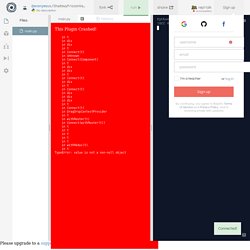 @anonymous/ShadowyFrozenVariety No description fork run share repl talk Sign up. I taught myself how to code in 4 months and just accepted my first job offer! : learnprogramming. I've created a free course for anyone learning to program and I'm looking for some feedback. : learnprogramming. Platformer Game Tutorial using JavaScript. Learn JavaScript - Full 134-Part Course for Beginners.

How I Landed My Dream Software Job in 12 Months. FreeCodeCamp.org News. I can not recommend FreeCodeCamp more. How the hell is that free? : learnprogramming. How to Choose Your Next Book. Learning AI if You Suck at Math. If you’re like me, you’re fascinated with AI. Maybe you’d love to dig deeper and get an image recognition program running in TensorFlow or Theano? Perhaps you’re a kick-ass developer or systems architect and you know computers incredibly well but there’s just one little problem: You suck at math.

That’s all right! I share your dirty little secret and I have some books and websites that will really help you get rolling fast. Like many folks, my love of intelligent machines didn’t come from calculus class. Turns out, we have a few things to figure out before General AI can pop from the primordial digital goo. Jason's Machine Learning 101 - Google Slides. What Selenium Programming Language You Should Learn - Test Automation Made Easy: Tools, Tips & Training Awesomeness. Sauce Labs. Elemental Selenium: Receive a Free, Weekly Tip on Using Selenium like a Pro. Tip Archives How To Run Your Tests Headlessly with Chrome INTERMEDIATE INFRASTRUCTURE #headless #chrome The Mobile Testing Pyramid INTERMEDIATE STRATEGY #mobile #pyramid. 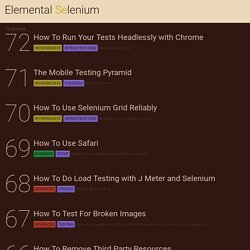 Lifehacker. Offspring.lifehacker. Lifehacker. Lifehacker. Getting-it#_ga=2.237853128.939967180.1517321579-830867226. Top 5 Programming Languages to Learn to Get a Job at Google, Facebook, Microsoft, etc. Amazon’s Alexa Now Features Reminders and Multiple Timers. Learn Game Animation With These Pixel Art GIFs. Minecraft Antarctica. Ever wanted to explore Antarctica from the comfort of your own computer? 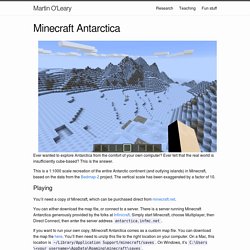 Ever felt that the real world is insufficiently cube-based? This is the answer. This is a 1:1000 scale recreation of the entire Antarctic continent (and outlying islands) in Minecraft, based on the data from the Bedmap-2 project. The vertical scale has been exaggerated by a factor of 10. You’ll need a copy of Minecraft, which can be purchased direct from minecraft.net. You can either download the map file, or connect to a server. If you want to run your own copy, Minecraft Antarctica comes as a custom map file. You should then be able to play in the map by starting Minecraft, choosing “Singleplayer”, and selecting the map (named “Antarctica”) from the list. You should start at Rothera Point on Adelaide Island (67°34’S, 68°08’W), the location of the main British Antarctic Survey base, and quite a scenic area. The map defaults to Creative Mode, with cheats enabled. To teleport, press T to bring up the chat console. Learn how to code. 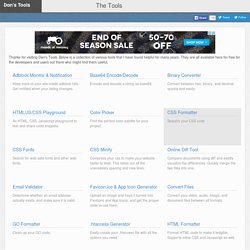 Below is a collection of various tools that I have found helpful for many years. They are all available here for free for the developers and users out there who might find them useful. Keep track of your site inside adblock lists. Get notified when your listing changes. Encode and decode a string as base64. Convert between hex, binary, and decimal quickly and easily. An HTML, CSS, Javascript playground to test and share code snippets. Find the perfect color palette for your project. Search for web safe fonts and other web fonts. Compress your css to make your website faster to load. Compare documents using diff and easilty visualize the differences. Determine whether an email address actually exists, and make sure it is valid. Upload an image and have it turned into Favicons and App Icons, and get the proper code to use them. 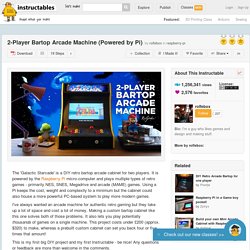 It is powered by the Raspberry Pi micro-computer and plays multiple types of retro games - primarily NES, SNES, Megadrive and arcade (MAME) games. Using a Pi keeps the cost, weight and complexity to a minimum but the cabinet could also house a more powerful PC-based system to play more modern games. I've always wanted an arcade machine for authentic retro gaming but they take up a lot of space and cost a lot of money. Making a custom bartop cabinet like this one solves both of those problems. Inventwithpython. Learn programming. The 2015 Opensource.com Reading List. A decade of good books. 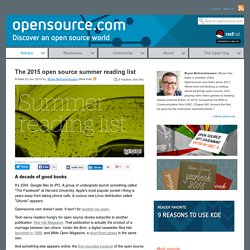 Automate the Boring Stuff with Python Resources. Programmer automates his job. There's a hilarious project that's popular on GitHub, the website that hosts all kinds of software that programmers want to share with each other. 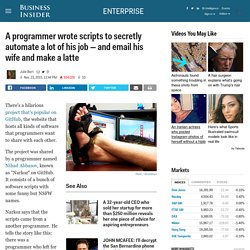 The project was shared by a programmer named Nihad Abbasov, known as "Narkoz" on GitHub. It consists of a bunch of software scripts with some funny but NSFW names. Narkoz says that the scripts came from a another programmer. Jupyter and the future of IPython — IPython. Home — TensorFlow. Data Analyst Nanodegree Program. Jupyter and the future of IPython — IPython. Machine Learning Engineer Nanodegree. NumPy — Numpy. SciPy.org — SciPy.org. Hundreds of (public domain) hexagon tiles and objects! : gamedev.