The reason why 'no makeup' selfies are problematic. Gal_Gadot/Instagram The INSIDER Summary: With the help of several celebrities, "no makeup" selfies are taking over the internet.Although gorgeous, these photos don't do much to inspire confidence.Instead, they are sometimes viewed as examplesof what natural beauty should look like.Greater transparency could be the key to helping others truly embrace their natural beauty. 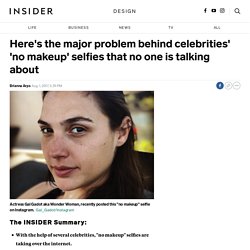 For millions of social media users, taking and posting selfies is routine practice. Going bare-faced without makeup or a photo filter, however, is not as common. But recently, the idea of " less is more" has become more popular — especially on social media. Several celebrities including Alicia Keys, Chrissy Teigen, Lady Gaga, and Heidi Klum have endorsed the "no makeup" trend on Instagram, ditching their glamorous looks for a softer approach. 30 Fake Viral Photos People Believed Were Real. Recently, the term 'Fake news' has become really popular, but with today's photoshop abilities, even those of us with the most observant eyes may easily be fooled. 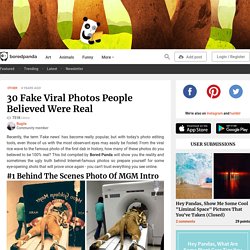 From the viral rice wave to a photo of the first dab in history, how many of these photos do you believed to be 100% real? This list compiled by Bored Panda will show you the reality behind popular viral photos so prepare yourself for some eye-opening shots that will prove once again - you can't trust everything you see online. Recently, the term 'Fake news' has become really popular, but with today's photoshop abilities, even those of us with the most observant eyes may easily be fooled. 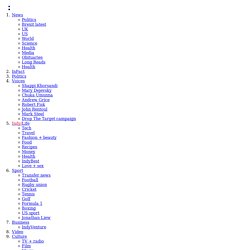 From smoothing out cellulite to wiping away so-called imperfections and cinching in waists, we all know that photoshop is used to digitally-enhance the way women look in the media. But now one model is out to make clear that the standards set by sneaky tools like this are completely "absurd". Taking to Instagram, body positive model La’Tecia Thomas posted side-by-side photos of herself to remind women that what we see online isn’t always the truth. Does This Photograph Show Donald Trump at a KKK Cross Burning? Donald Trump was pictured at a cross burning with the KKK. 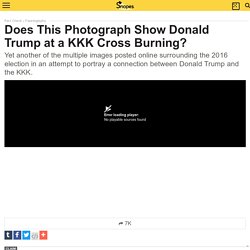 A photograph purportedly showing President-elect Donald Trump at a cross burning with the Ku Klux Klan was circulated on social media in December 2016: This image is a real photograph, but it depicts a lookalike figure and not the real Donald Trump. This image was created by artist Alison Jackson for her book Private. How Writers Use Misleading Graphs To Manipulate You. In this post-truth era, graphs are being used to skew data and spin narrative like never before.

Especially with the velocity at which some of these topics spread across social media. All it takes is a single graph from a less-than-reputable source, blasted out to a list of followers, to spread a false narrative around the world. We have already seen this happen many times during the COVID-19 response, which is why we added a new section featuring a few of those misleading graphs! Now the data doesn’t even have to be bad–it could just be presented in a misleading way. I mean, there is a whole Wikipedia page, Reddit community, and hundreds of articles about how graphs can be used to misinform readers. Giant Human Skulls.

A photograph shows giant humanoid skulls exposed by an earthquake or torrential rains. 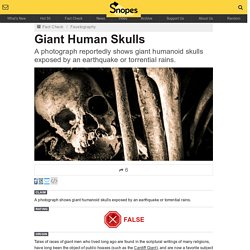 False Tales of races of giant men who lived long ago are found in the scriptural writings of many religions, have long been the object of public hoaxes (such as the Cardiff Giant), and are now a favorite subject of Internet pranksters. CVS Will End Photo Touch-Ups in Beauty Marketing by 2020. The original photo (left) and the digitally altered version (right). 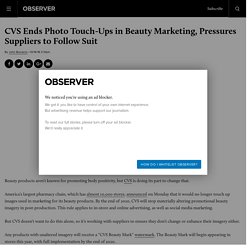 CVS/Kaitlyn Flannagan for Observer Beauty products aren’t known for promoting body positivity, but CVS is doing its part to change that. America’s largest pharmacy chain, which has almost 10,000 stores, announced on Monday that it would no longer touch up images used in marketing for its beauty products. By the end of 2020, CVS will stop materially altering promotional beauty imagery in post-production.

ALTERED IMAGES. How Photos Changed America in the Civil Rights Era. “Pictures can and do make a difference. 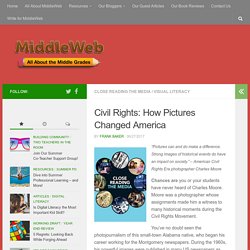 Strong images of historical events do have an impact on society.” – American Civil Rights Era photographer Charles Moore Chances are you or your students have never heard of Charles Moore. Moore was a photographer whose assignments made him a witness to many historical moments during the Civil Rights Movement. You’ve no doubt seen the photojournalism of this small-town Alabama native, who began his career working for the Montgomery newspapers. During the 1960s, his powerful images were published in many US newspapers as well as in LIFE magazine, the news and popular culture weekly, which devoted dozens of pages to his work. What’s Going On in This Picture? - The New York Times. You're probably terrible at spotting faked photos. Lebron James Magazine Covers - Media Literacy Clearinghouse.

As doctored photos flood the Internet, human vision struggles to keep up. Experts estimate that humans take more than 1 trillion photos a year, and that we’re uploading them to Facebook (let alone the rest of the Internet) at a rate of 4,000 per second. 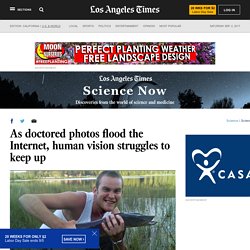 How many of these images have been altered, doctored or outright faked? We’ll probably never know, new research suggests. Not only is the human vision system poorly equipped to recognize when a photo has been manipulated, there may not be much we can do to make it work better, the new study concludes. Don’t believe it? Take a look at the photo at the top of this story, of a man holding a fish. A team from the University of Warwick in England found pictures like this one on the Internet and altered them in various ways. Faking photos in the name of science Then they showed their pictures to 707 people ages 14 to 82 who volunteered to test their ability to spot a fake. Volunteers contemplated each photo for just under 44 seconds, on average. Spot the fakes: But they didn’t seem to guess randomly. ‘Far from perfect’