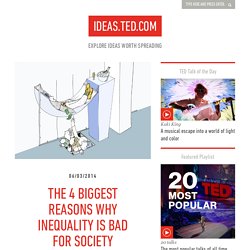 But why? Harvard philosopher T. M. Scanlon offers four reasons we should tackle — and fix — the problem. The great inequality of income and wealth in the world, and within the United States, is deeply troubling. One obvious reason for redistributing resources from the rich to the poor is simply that this is a way of making the poor better off. A justification for reducing inequality through non-voluntary means, such as taxation, needs to explain why redistribution of this kind is not just robbery. The Syrian Refugee Crisis Explained Perfectly With a Simple Animation & Video. In September 2015, the body of a three-year-old Syrian boy was found floating on the shores of the Mediterranean Sea.

Photographs of the boy were quick to get circulated world over, and the world responded with a massive outcry over the Syrian civil war and refugee crisis. This was the first time the Syrian crisis was globally recognised as a burning issue, and one that needs to be addressed with utmost urgency. This video, by In a Nutshell , speaks about how the Syrian crisis is an international issue, and how it all started with countrywide unrest and the civil war in Syria. How false news can spread - Noah Tavlin.

The term “circular reporting” likely originated in the government and military intelligence community, where ascertaining the validity of information is absolutely critical when there is misinformation intentionally being spread and leaked by one’s opposition. 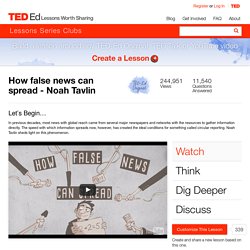 This paper goes into greater detail about how the military intelligence community deals with circular reporting. Sometimes, false information can spread so widely that it becomes accepted as true. The AI Revolution: Our Immortality or Extinction. Note: This is Part 2 of a two-part series on AI. 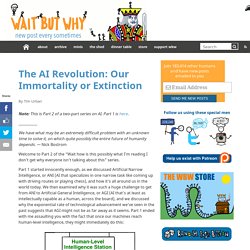 Part 1 is here. We have what may be an extremely difficult problem with an unknown time to solve it, on which quite possibly the entire future of humanity depends. — Nick Bostrom Welcome to Part 2 of the “Wait how is this possibly what I’m reading I don’t get why everyone isn’t talking about this” series. The AI Revolution: Road to Superintelligence. PDF: We made a fancy PDF of this post for printing and offline viewing.

Buy it here. (Or see a preview.) Note: The reason this post took three weeks to finish is that as I dug into research on Artificial Intelligence, I could not believe what I was reading. Greece's debt crisis explained in charts and maps. 1) If you had to pick one chart that encapsulates Greece's crisis, it would be this one Desmond Lachman/American Enterprise Institute The roots of Greece's crisis are simple. 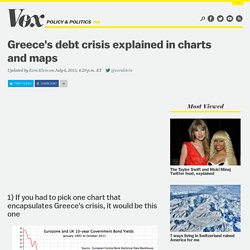 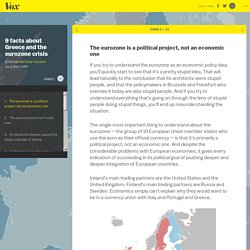 That will lead naturally to the conclusion that its architects were stupid people, and that the policymakers in Brussels and Frankfurt who oversee it today are also stupid people. And if you try to understand everything that's going on through the lens of stupid people doing stupid things, you'll end up misunderstanding the situation. The single most important thing to understand about the eurozone — the group of 19 European Union member states who use the euro as their official currency — is that it's primarily a political project, not an economic one. And despite the considerable problems with European economies, it gives every indication of succeeding in its political goal of pushing deeper and deeper integration of European countries. 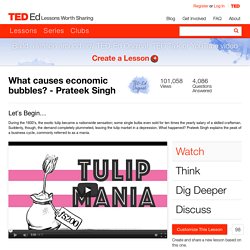 In the world of economics these words take on a whole set of new meanings! Want to gain some more understanding of these terms? Visit Investopedia’s “What are Crashes and Bubbles,” then scroll down for more insight into “The Tulip and Bulb Craze,” and “The South Sea Bubble!” Find Tulip Mania fascinating? Today in History. Today is Monday, March 23, the 82nd day of 2015. 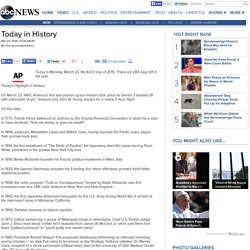 There are 283 days left in the year. Today's Highlight in History: On March 23, 1965, America's first two-person space mission took place as Gemini 3 blasted off with astronauts Virgil I. Grissom and John W. Young aboard for a nearly 5-hour flight. Barat Ali Batoor: My desperate journey with a human smuggler.