Retro-Modern African Mammal Illustrations. Designing Adobe’s Brand Illustration Style. Contrasto di luci e ombre. Vintage-Style A to Z Prints by 67 Inc. 67 Inc set out to cram all of their passions into one discipline and the idea for the A to Z prints was born. 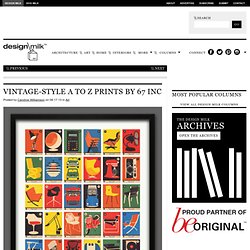 Each print features letters A through Z and numbers 1 through 9, made up to look like 60′s or 70′s trading cards, and covering everything from iconic designs to movie classics to famous footballers. The brightly colored and beautifully curated picks are done in a stylized fashion giving them each a pop culture-y look. Above: Design Classics A to Z (our favorite, of course!) Adobe Illustrator Line. L’arte dell’illustrazione, quando le immagini comunicano. Verticalismi: web comics lab & magazine. Urban Landscape Sketches Vol.2 No.8 - 1920x1200 - PicRolls - Free Wallpaper Gallery.

Picture Perfect. For readers of a certain age, the diminutive Ladybird books are a source of instant nostalgia, and the (often very mundane) images permanently etched on our brains. 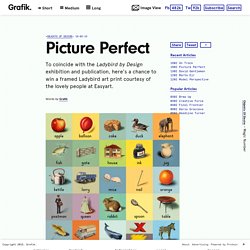 Celebrating Ladybird's 100th year, there's a rare opportunity to see some of the original artwork in the flesh at the Ladybird by Design exhibition at the De La Warr Pavilion in Bexhill (read Richard Hogg's excellent review here). In this week's Objekts of Desire, there's a chance to win your own framed Ladybird Alphabet print courtesy of the lovely people at Easyart. As the name suggests, Easyart makes the process of buying and framing pictures as pain-free as possible.

As well as prints from individual artists such as Jean-Michel Basquiat and Andy Warhol, there are collections from the Illustrated London News, The Imperial War Museum and Hammer Films from which to choose from, plus a wide range of sizes, mounts and frames to individualise your selection. Vintage Ladybird prints are available exclusively from Easyart.com. Untitled. Starbucks Cup Art. Starbucks Cup Art January 19th, 2015 | Inspiration | Korean artist Soo Min Kim draws unique artworks on Starbucks coffee cups. 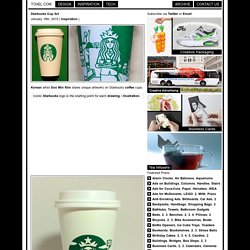 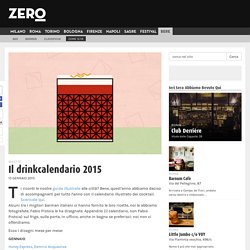 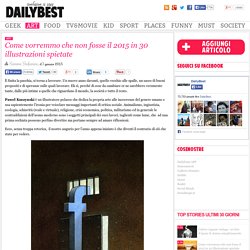 TIPI DI TORINO - giulia.garbin. Illustrated stories and tales of typographers and engravers from Torino Tipi* di Torino is a personal project made in collaboration with Archivio Tipografico and Print About Me. 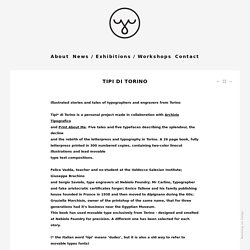 Five tales and five typefaces describing the splendour, the decline and the rebirth of the letterpress and typography in Torino. A 26 page book, fully letterpress printed in 300 numbered copies, containing two-color linocut illustrations and lead movable type text compositions. Felice Vadda, teacher and ex-student at the Valdocco Salesian Institute; Giuseppe Brachino and Sergio Saviolo, type engravers at Nebiolo Foundry; Mr Carlino, typographer and fake aristocratic certificates forger; Enrico Tallone and his family publishing house founded in France in 1938 and then moved to Alpignano during the 60s; Graziella Marchisio, owner of the printshop of the same name, that for three generations had it’s business near the Egyptian Museum.

Pizza Night by Dan Bransfield. StorehouseStorehouse Log In Get the App Pizza Night. 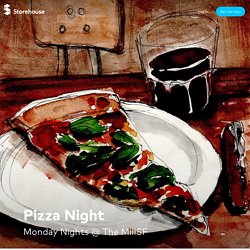 Fotografie invase da disegni. About : Jay Cover. 19 estupendos dibujos vintage que critican la sociedad actual. Controversial Illustrations By Spanish Artist Mirror The Ugly Side Of Society. While these images are safe for work, they’ll still make you feel dirty – and that’s because they reflect some of the dirtiest things about our society. 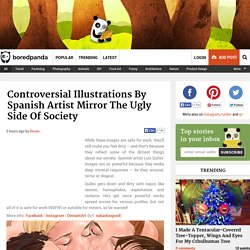 Spanish artist Luis Quiles’ images are so powerful because they evoke deep visceral responses – be they arousal, terror or disgust. Quiles gets down and dirty with topics like sexism, homophobia, exploitation and violence. He’s got more powerful works spread across his various profiles, but not all of it is safe for work (NSFW) or suitable for minors, so be warned! Gallery. Il leggendario illustratore del sesso su Wikipedia.

7 paper art illustrations that pounce from the page. We may live in an ever-increasing digital world but our love affair with paper art has by no means diminished. 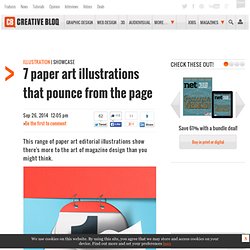 It can bring a hand-made aesthetic to almost anything and can incorporate the hands-on approach to the digital realm. Estonian illustrator and designer Eiko Ojala creates the kind of paper art that will stop you in your tracks; it jumps from the page and perfectly execute the ideas of a magazine article. These particular examples were created for the likes of Harvard Business Review, New York Times and The Washington Post. Illustrations. Spollo Kitchen, ricette illustrate da grafici. Jc Arte Digital. Outline Artists. Edizioni. Zara Illustrates - Zara Picken Illustration. Concept Monster. Barcelona by Andrés Lozano - Loves by Domus. STRAUTNIEKAS art and illustration. Beautiful Vector Illustration by Michael Fugoso. Michael Fugoso is a San Diego based designers and illustrator with some incredible illustration work. 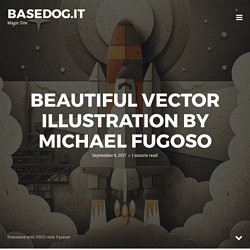 Fugstrator as he is also known on Instagram, where he posts some of his most recent work. The cool thing about Michael’s illustration in my opinion is the style. It brings back some of the skeuomorphic elements but it also blends with some beautiful cutout paper effects. He also has a series of illustrations on aircrafts and spaceships, all with a bit of a retro mood. Like the Paper Shuttle Launch project. A-Z of Unusual Words - The Project Twins. Bold graphics and visual wit are used to interpret and represent a collection of strange, unusual and lost words. These images explore the meaning behind the words, which are sometimes even more strange or unusual.

I 50 anni di stile di David Bowie in un'unica GIF. Spoon River. Immerse yourself in the colourful geometric creations of Andy Gilmore. It’s no real surprise to learn that image-maker Andy Gilmore is also a musician because his geometric compositions feel orchestrated. The New York-based creative brings colour, shape and pattern together in tightly formatted visual symphonies which swell to become more than the sum of their parts, dazzling the eye and tricking the brain simultaneously. It’s been three years since we last featured Andy’s work on the site but he’s as in demand as ever, with clients like Ogilvy NY, Wired and The New York Times queuing up for a bit of his brilliance. Time Travel Archives. Our privacy promise The New Yorker's Strongbox is designed to let you communicate with our writers and editors with greater anonymity and security than afforded by conventional e-mail.

When you visit or use our public Strongbox server at The New Yorker and our parent company, Condé Nast, will not record your I.P. address or information about your browser, computer, or operating system, nor will we embed third-party content or deliver cookies to your browser. Strongbox servers are under the physical control of The New Yorker and Condé Nast. Untitled. Guarda l'abito di scena, indovina il film. Strange Worlds: Design Observer. Thirty-year-old, Paris-born Kevin Lucbert is an artist/illustrator who currently makes his home in Berlin. This series of drawings, using the simple Bic pen as his medium, reflect his interests in twisting perspectives into his private, fictional worlds. Patterns emerge from what feels like a free-form exercise—strangely familiar patterns many of us might have stumbled upon while doodling in the margins of a notebook. But make no mistake, Lucbert’s patterning work, in tandem with the drawing, activates the page for the viewer.

This is a world where houses float, or a forest of trees become curtains pulled back to reveal another world. At times, I see traces of the outsider artist Joseph Yoakum (1886–1972)—but only as a reference point in my understanding these complex and obsessive drawings. Suburban landscapes are another matter. As a counterpoint to his obsessive ballpoint pen drawings are his carnets de croquis, or sketchbooks. All above from the series Bluelines. I disegni geniali di Christoph Niemann - Focus.it. Moleskine Doodles 2 on Behance. Official Avengers: Age of Ultron Art Show on Behance. Una mostra sul sonno a Milano. Sport Fields - Sport Centre "alla Grotta" on Behance. 5 & 3/4 Questions: Charles Williams. Illustrations 2013 on Behance. Kombinatrotweiss. Illustration - Germany Issue 525 Showcase Apr 2015 magazine. FERNIROSSO webBLOCK. Star Draws: illustrator creates weekly Star Wars tribute.