THIS Is Where Earth's Most Powerful Energetic Points And Chakras Are Located... Just like we have our own energy centers or chakras, Mother Earth also has hers. 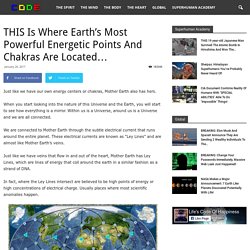 When you start looking into the nature of this Universe and the Earth, you will start to see how everything is a mirror. Within us is a Universe, around us is a Universe and we are all connected. We are connected to Mother Earth through the subtle electrical current that runs around the entire planet. These electrical currents are known as “Ley Lines” and are almost like Mother Earth’s veins.

Just like we have veins that flow in and out of the heart, Mother Earth has Ley Lines, which are lines of energy that coil around the earth in a similar fashion as a strand of DNA. In fact, where the Ley Lines intersect are believed to be high points of energy or high concentrations of electrical charge. These Ley Lines are also said to be able to take information or energy from these higher vibrational points and carry them around the world, spreading knowledge and wisdom to all inhabitants. 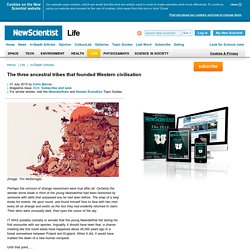 Certainly the slender stone blade in front of the young Neanderthal had been fashioned by someone with skills that surpassed any he had seen before. The snap of a twig broke his reverie. He spun round, and found himself face to face with two men every bit as strange and exotic as the tool they had evidently returned to claim. Their skins were unusually dark, their eyes the colour of the sky. IT WAS possibly curiosity or wonder that the young Neanderthal felt during his first encounter with our species. The Albian Gap, Salt Rock, and a Heated Debate. This Is The International Flag Of Planet Earth. Climate Resource Center - Eyes on the Earth. NASA Insider Exposes the Flat Earth! Matthew Boylan, former NASA operational graphics manager, worked for years creating photo-realistic computer graphics for NASA. 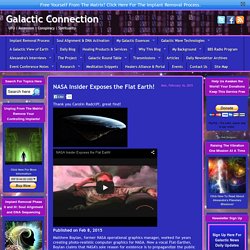 Businessinsider. Bill and Melinda Gates said a simple pie chart in a newspaper breaking down the major causes of death among children forced them to ramp up their philanthropic effort. 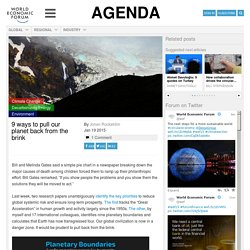 Bill Gates remarked, “If you show people the problems and you show them the solutions they will be moved to act.” Last week, two research papers unambiguously identify the key priorities to reduce global systemic risk and ensure long-term prosperity. The first tracks the “Great Acceleration” in human growth and activity largely since the 1950s. The other, by myself and 17 international colleagues, identifies nine planetary boundaries and calculates that Earth has now transgressed four. 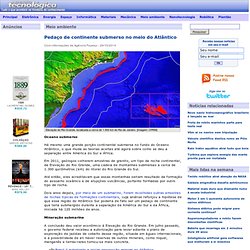 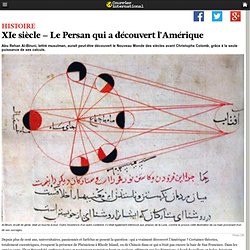 Depuis plus de cent ans, universitaires, passionnés et farfelus se posent la question : qui a vraiment découvert l’Amérique ? Scientists solve a decades-old mystery in the Earth's upper atmosphere. New research published in the journal Nature resolves decades of scientific controversy over the origin of the extremely energetic particles known as ultra-relativistic electrons in the Earth's near-space environment and is likely to influence our understanding of planetary magnetospheres throughout the universe. 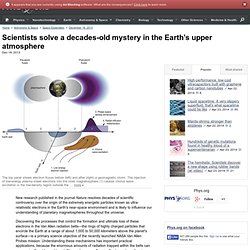 Discovering the processes that control the formation and ultimate loss of these electrons in the Van Allen radiation belts—the rings of highly charged particles that encircle the Earth at a range of about 1,000 to 50,000 kilometers above the planet's surface—is a primary science objective of the recently launched NASA Van Allen Probes mission. Understanding these mechanisms has important practical applications, because the enormous amounts of radiation trapped within the belts can pose a significant hazard to satellites and spacecraft, as well astronauts performing activities outside a craft. Explore further: How did a third radiation belt appear in the Earth's upper atmosphere?