RIDDARSPORREN. RoomSketcher provides an easy-to-use online floor plan and home design solution that lets you create floor plans, furnish and decorate them and visualize your design in impressive 3D. 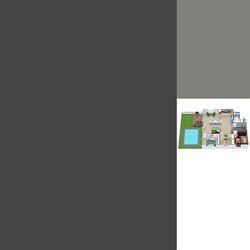 Travel - India’s original “turmeric latte” The first time I came across the beverage at a chic London coffeeshop a few years ago, I goggled in disbelief. 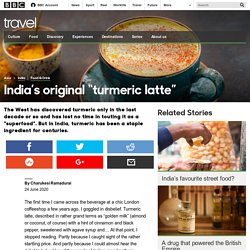 Turmeric latte, described in rather grand terms as “golden milk” (almond or coconut, of course) with a hint of cinnamon and black pepper, sweetened with agave syrup and… At that point, I stopped reading. UAE architects make cement out of salt - CNN Style. Life Would Be Better If We Added This Line to Every Email. Long emails are the worst. 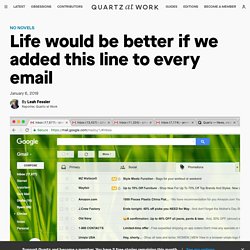 Unless you absolutely need to send one, you shouldn’t (if the need is real, consider a phone call or in-person conversation). And yet, instead of telling people to kindly boil it down, we trudge through their emails, wasting time. Or we risk missing valuable information by reading past dense blocks of text. Neither strategy is effective. Nor is being rude to colleagues, friends, or potential business partners.

“I work a lot through email and text. Simple as that, if everyone included this line at the end of their emails—”Please don’t write me a novel, I won’t read it”—in time, the novels would stop coming. The value of not having a plan for life - BBC Reel. Depicting a single, inspiring concept for improving your life. 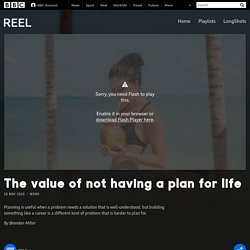 The value of not having a plan for lifeThere is immense value in not having a concrete plan for your life.Now Playing The secrets for managing uncertaintyIs it possible to stay happy when everything around us is so uncertain? How to reduce 'attention residue' in your life - BBC Worklife. I wondered if a GYLIO day could have positive ramifications on my adult life, too. 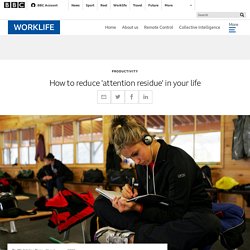 Without the external support of a university residence, it might be harder for working people to take GYLIO time – but perhaps all the more crucial. Journalist Anne Helen Petersen named ‘errand paralysis’ a symptom of millennial burnout, with an ‘always on’ culture leaving little energy for the smaller tasks. I tried to delete myself from the internet. Here's what I learned. MyLife pulls together vast amounts of public data to create background reports and "reputation scores" on millions of people in the US, all available to those willing to pay for a monthly membership. 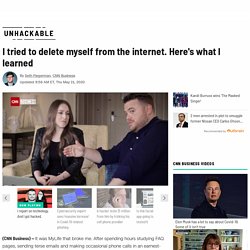 On it, I found a sometimes inaccurate but eerie amount of personal information about, well, my life: my birthday and home city; my previous job title (though curiously not my current one); a list of people "Seth maintains relationships with," including the names of both my parents, each linked to their own profile pages with still more data. All there in one place waiting to be discovered. When I called the site, a customer service representative stressed that the information doesn't come from MyLife, but rather from across the "interwebs.

Sök. Läslista. Travel - Sabu-Jaddi: The site revealing the Sahara’s verdant past. Our pickup truck turned onto a dusty two-track road heading away from the Nile River in north-eastern Sudan. 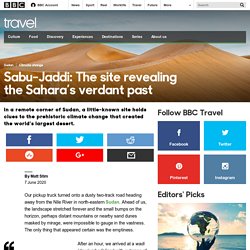 Decorum. Poetry reading by Horace, an early advocate of decorum. 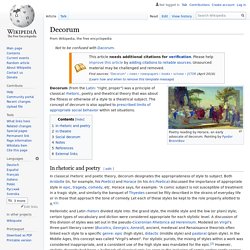 Painting by Fyodor Bronnikov Decorum (from the Latin: "right, proper") was a principle of classical rhetoric, poetry and theatrical theory that was about the fitness or otherwise of a style to a theatrical subject. The concept of decorum is also applied to prescribed limits of appropriate social behavior within set situations. Watch this video to understand the biggest idea in physics - BBC Reel. The biggest questions about life, the Universe and everything - and how to answer them. 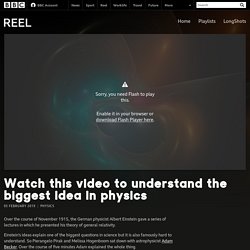 Einstein's big idea made simpleEinstein’s theory of general relativity is famously weird and complicated, so we’ve explained it.Now Playing The future may be set in stoneOur intuition tells us that the future can be changed, but Einstein's theory of relativity suggests otherwise.Watch now ScienceDo you have many doppelgangers? Why there could be many identical copies of you.Watch now PhysicsWhat happens inside a black hole? You might think you would get crushed, but in fact something much more peculiar happens.Watch now PhysicsWe have found 'Earth-like' planetsWe have found plenty of apparently "Earth-like" worlds beyond our solar system.Watch now PhysicsDoes our Universe have a twin?

How gravity may unlock the door through the Big Bang.Watch now PhysicsWhat is the Universe expanding into? The Universe has been expanding ever since the Big Bang, but what is it expanding into? BBC Radio 4 - Radio 4 in Four - Mysterious and mischievous medieval doodles. The personalities that benefit most from remote work - BBC Worklife. Changing personalities While some of us might be better adapted to the new remote ways of working than others – confident, articulate and decisive introverts might particularly have a chance to shine – there’s a rather unnerving flip side. 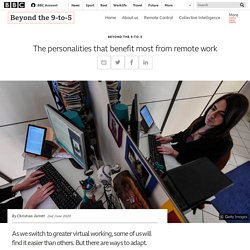 All of those hours spent jostling for influence in virtual meetings might even be changing us – and not necessarily for the better. Although research around this isn’t deep, there some initial findings suggest that adapting to this intense period of virtual collaboration might be altering our personalities. Earlier this year, William Swart and Judy Siguaw at East Carolina University studied the experiences of 58 business students engaged in five weeks of intense virtual teamwork.

Can We Terraform the Sahara to Stop Climate Change? How to repurpose retail space. World of Mysteries - Lost City of Atlantis. Designing Your Own House, Free Tutorials. How to avoid the ‘competency trap’ - BBC Worklife. These assumptions about the ways the company operate can become so deeply embedded, the employees are no longer conscious of the tacit rules, he says. And those rigid attitudes can blind them to the potential of any future innovations.

Given the large investments that lie behind those systems, managers can also suffer from the ‘sunk-cost bias’ – the reluctance to give up on previous investments, even when they are no longer paying dividends, because they feel too attached to what they have already achieved. Will humans keep getting smarter? - BBC Reel. Veronica Hamel, Jack Scalia, David Warner, Mick Walter, David Lister. Why a recession can be a good time to start a business. Image copyright Getty Images What do General Motors, Burger King, CNN, Uber and Airbnb all have in common? They were all founded during economic downturns. GM launched in 1908, when the US economy was in turmoil after "the Panic of 1907" financial crisis. Meanwhile, Burger King flipped its first patty in 1953, when the US was again in recession, and CNN started its news broadcasts in 1980, when US inflation hit almost 15%.

Both Uber and Airbnb set up business during the global financial crisis of 2007-09. 2. The Bronze Age Collapse - Mediterranean Apocalypse. 8. The Sumerians - Fall of the First Cities. The personalities that benefit most from remote work - BBC Worklife. Inside the silent world of a Polish boarding school - BBC Reel. The birth of a new language - BBC Reel. HISTORY: Wabi-sabi. 1177 B.C.: When Civilization Collapsed. How elite teams increase their emotional intelligence - BBC Worklife. That’s perhaps easier said than done. But for teams who are struggling recognise and regulate those emotional undercurrents, Boros has found that a few simple reminders can give the necessary helping hand. In one of her latest studies, Boros and her colleague, Delia Virga, asked students to engage in a group creativity exercise – in which they had to build a freestanding tower, reaching from floor to ceiling, made solely from newspapers.

Half the teams were simply given the task without any further instructions, while the others were given six guidelines on the ways to build better group dynamics: 1) Have a “check in” at the beginning of the meeting – that is, ask how everyone is doing 2) Assume that undesirable behaviour takes place for a reason. The strange effects of loneliness on your wellbeing - BBC Reel.

How Bacteria Make This Underground, Awe-Inspiring Cave Shine Gold. The moment that changed our understanding of black holes - BBC Reel. Amazing insights about our Universe. Barnes the Collector. How the Dutch are reshaping their post-pandemic utopia - BBC Reel. The top five most nutritious foods - BBC Reel. Examining the shocking raw truths surrounding the food we eat. The world’s most nutritious foodsCalculated and ranked by scientists, based on their optimal nutritional balance.Now Playing The science behind 'perfect' coffeeA team of mathematicians and physicists say they have the formula for consistently good coffee.Watch now ScienceCan we 3D print our food? A 13th-Century Persian poet’s lessons for today - BBC Culture. Travel - The surprising origins of the postal service. With mail processing delays around the world and the United States Postal Service (USPS) teetering on the brink of collapse as a result of the financial losses caused by the pandemic, as reported by Politico, many people are coming to realise just how crucial a role the mail plays in their daily lives.