The World According to Anne Barlinckhoff (NSFW) The Kinky Ink of Apollonia Saintclair. Beyond the Town. "Beyond the Town" is a collection of 20th century witchcraft chants, mostly penned by British witch and poet Doreen Valiente (1922-1999). 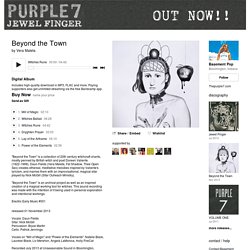 Daun Fields (Vera Maleta, Fat Shadow, Thee Open Sex) creates ethereal, meditative melodies inspired by Valiente's lyricism, and marries them with an improvisational, magical sitar played by Nick McGill (Sitar Outreach Ministry). "Beyond the Town" is an archival project as well as an inspired creation of a magical working tool for witches. This sound recording was made with the intention of it being used in personal exploration and intentional workings. Electric Early Music #001 released 01 November 2013. The Magical Mystery that is Ren Hang (NSFW) Chinese photographer Ren Hang is a bit of a mystery, Not because there isn't a look of work and books out with the work, and we have covered Ren multiple times over the years, but because you get the feeling that there is something revolutionary happening in the works. 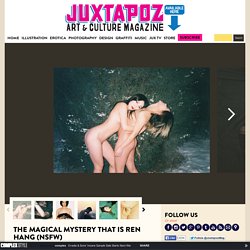 No special effects are needed, and the nudes and non-nudes sort of fall into a pattern and poetry together, making the work powerful even though there is subtleness in each piece. some images via EK. Malika Favre: The Kama Sutra from A to Z. Words from Malika Favre: "I am a French illustrator based in London. 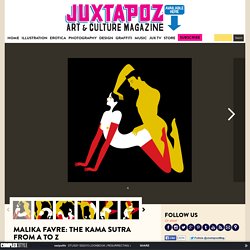 The Inspiration Room - Page 2 of 1918 - Advertising creativity from around the world. Guinness Draught in a Bottle, a print and outdoor advertising campaign from Singapore, has been awarded Gold at the Clio Awards. 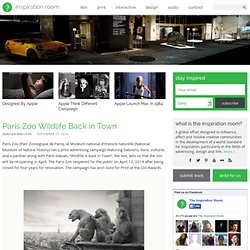 Guinness Draught was launched in a bottle to reach out to more Guinness fans. Moments After This Animator Shared His Beautiful Video, His Girlfriend Said "YES!" When Adam Rosenbaum decided to pop the question, he chose a format that is very close to our hearts. 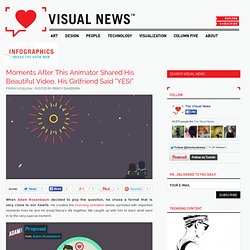 He created the charming animation below, sprinkled with important moments from he and his (now) fiance’s life together. We caught up with him to learn what went in to the very special moment. How did you show this to your then girlfriend? Did you sit down with her at a computer? Did you send her a link while she was at work or something? When I finally showed my girlfriend, it wasn’t anything too fancy, or well planned for that matter. 8 Ancient Beliefs Now Backed By Modern Science. The Earth may not be flat nor is it the center of the universe, but that doesn’t mean old-world intellectuals got everything wrong. 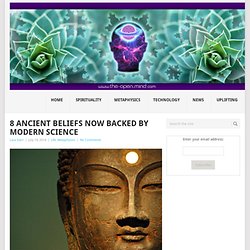 In fact, in recent years, modern science has validated a number of teachings and beliefs rooted in ancient wisdom that, up until now, had been trusted but unproven empirically. Here are eight ancient beliefs and practices that have been confirmed by modern science. Helping others can make you healthier. In their never-ending search for the best way to live, Greek philosophers argued over the relative benefits of hedonic and eudaimonic happiness.

Hedonic well-being sees happiness as a factor of increased pleasure and decreased pain, while eudaimonic (“human flourishing”) happiness has more to do with having a larger purpose or meaning in life. Acupuncture can restore balance to your body. The traditional Chinese medicine technique is believed to address imbalances in a person’s qi (pronounced chi), the circulating energy within every living thing. Comments: Terms of Use. Browse the Digital Collection Welcome to the Norman Rockwell Museum Digital Archival Collections. 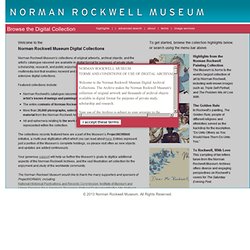 The Archive makes the Norman Rockwell Museum's collection of original artwork and thousands of archival objects available in digital format for purposes of private study, scholarship and research. Your use of the Archive is subject to your agreeing to the following terms and conditions of use. Please read the terms carefully and indicate your agreement to ALL terms by clicking on the "I Agree" box. ONCE ACCEPTED BY YOU, THESE TERMS AND CONDITIONS OF USE WILL BECOME A BINDING AGREEMENT (THE "AGREEMENT") BETWEEN YOU, THE USER ("YOU"), AND US, THE NORMAN ROCKWELL MUSEUM (THE "MUSEUM"). As used in this Agreement, the term "the Archive" means the digital, online archive of the Norman Rockwell Museum Archival Collections accessible at collection.nrm.org. Artist Arranges Rocks And Leaves Into Beautiful Geometric Land Art. Dietmar Voorwold, a German artist based in Scotland, creates beautiful and temporary works of natural land art by arranging rocks, leaves and other natural materials into simple but beautiful geometric shapes and patterns. 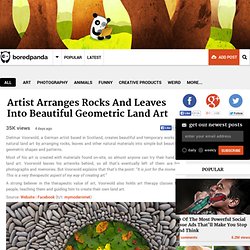 Most of his art is created with materials found on-site, so almost anyone can try their hand at land art. Gregory Halili's Carved Mother of Pearl Skulls. Food Erotica from Wishcandy. Sashiko Yuen aka Wishcandy is a self proclaimed nomad who's current location is the Los Angeles area. 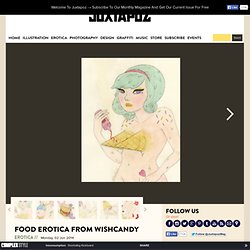 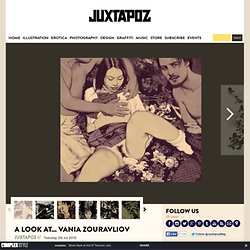 Straight from the magazine: "Vania Zouravliov is an enigma, a paradox, and a Catch-22; he doesn’t want to have his picture taken, creates elegant art that appears to be in the process of a magically disappearing, and references 19th Century European and American storytellers as inspiration. In the legacy of previous eras, where prodigious talent was nurtured in the arts like young math and science geniuses are cultivated today, Vania became an internationally known illustrator at the age of 13.

This Guys Digitally Recreates His Dreams. Every morning after waking up, one reddit user tries to digitally recreate the dream he had the night before. Here are some of his favorites: See more at Truth Seeker Daily Share and Enjoy. Boris Vallejo's Lustful Twins. Current Issue On sale now at newsstands or on screen June 2014 | Issue #161 June 2014 is a special issue for Juxtapoz Magazine. Not only do we get to celebrate the return of Mark Ryden and his brand new exhibition "The Gay 90s West," but this issue marks our special feature and behind-the-scenes story on our 20th Anniversary exhibition, "Art Truancy: Celebrating 20 Years" at Jonathan LeVine Gallery that runs May 15—June 14, 2014.

Fish tanks as incredible art — A look into the beautiful world of competitive aquascaping [21 pics] Each year an intense competition is held that you’ve never heard of — the International Aquatic Plants Layout Contest. The highly competitive event is typically led by participants from Eastern Europe and Asia who vie to create the world’s best aquarium… Whisper of the Pines, Serkan Cetinkol Pilgrimage, Shintaro Matsui These aquariums are meticulously assembled over the course of months or even years and are incredibly expensive to grow and maintain. Additionally, competitors need to be experts in various areas, including biology, design, and photography. If spending several hours a week trimming moss is up your alley, here’s some inspiration to get you started… Philographics.

Flower @ danmala : mandala art. High Art: A Beautiful, Microscopic Look At Cocaine, MDMA, And Other Drugs. Dokkōdō. Teaching well-being through the skills of awareness – Wisdom. True self-respect can be challenging to achieve—but it is the platform for all personal growth. To see Rinpoche discuss what the mind is and how to understand it, please click here. Perception. 15 Things You Should Give Up To Be Happy. Katie Paterson's award-winning Fossil Necklace will fail the test of history. Night visions: Darren Almond's full-moon landscapes. At least two guiding spirits hover around To Leave a Light Impression, the new show by British artist Darren Almond at White Cube, Bermondsey. The most obvious is Charles Darwin, in whose footsteps Almond followed to make several of his images.

Zora Neale Hurston - About Zora Neale Hurston. How to build a fictional world - Kate Messner. Bill Gekas Photography. Bill Gekas Portraits of His Daughter as Master Paintings. Do You Hate Meditating? Try These Activities Instead. The most popular 20 TED Talks, as of now. TED Playlists. The Grossest, Prettiest Christmas Present. The Web's Most Interesting Site - All That Is Interesting. Binaural beats and brainwave entrainment for the psychedelic mind. Ana teresa barboza. - StumbleUpon. How To Lose Yourself. HOME : Guy Laramée.