Quora. This unusual hydrogen paste could revolutionize the transport industry.

5G. Industry "Weapons" for Earth's Depopulation - "Armas" de La Industria Para Despoblación de La Tierra. China to Trump: No, We Didn’t Invent Climate Change. The Most Powerful Oil and Gas Lobby You’ve Never Heard Of. The Interstate Oil and Gas Compact Commission (IOGCC) is far from a household name, but a new investigation published by InsideClimate News’ Pulitzer Prize-winning investigative reporter Lisa Song may have just put what is likely the most powerful oil and gas lobbying node you’ve never heard of on the map. 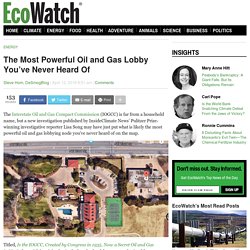 Titled, Is the IOGCC, Created by Congress in 1935, Now a Secret Oil and Gas Lobby? Exxon's Oil Industry Peers Knew About Climate Dangers in the 1970s, Too. The American Petroleum Institute together with the nation's largest oil companies ran a task force to monitor and share climate research between 1979 and 1983, indicating that the oil industry, not just Exxon alone, was aware of its possible impact on the world's climate far earlier than previously known. 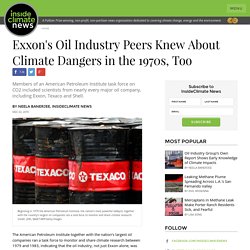 The group's members included senior scientists and engineers from nearly every major U.S. and multinational oil and gas company, including Exxon, Mobil, Amoco, Phillips, Texaco, Shell, Sunoco, Sohio as well as Standard Oil of California and Gulf Oil, the predecessors to Chevron, according to internal documents obtained by InsideClimate News and interviews with the task force's former director.

Social Effects. Economy. Affects of Meat on Global Warming. Pollution Control. Current Indications. Denier Information. Mining. Effects of Nuclear Energy. Financial Support of Denial. Alarming Study: Our Time To Avoid Dramatic Consequences Is Rapidly Disappearing. A new study study was led by the University of California-Berkeley, Stanford, and Princeton published last week in the journal Science Advance claims that the Earth has entered its sixth mass extinction phase, emphasizing that our time to avoid serious consequences is rapidly running out. 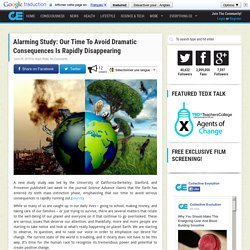 (source) Alaska sets new record for earliest day with temperatures in the 90s. It’s been a warm, dry spring for much of interior Alaska. 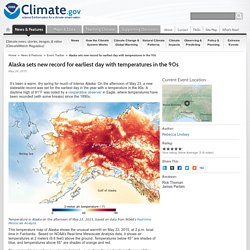 On the afternoon of May 23, a new statewide record was set for the earliest day in the year with a temperature in the 90s. A daytime high of 91°F was noted by a cooperative observer in Eagle, where temperatures have been recorded (with some breaks) since the 1890s. This temperature map of Alaska shows the unusual warmth on May 23, 2015, at 2 p.m. local time in Fairbanks. Based on NOAA’s Real-time Mesoscale Analysis data, it shows air temperatures at 2 meters (6.6 feet) above the ground. Temperatures below 45° are shades of blue, and temperatures above 45° are shades of orange and red. 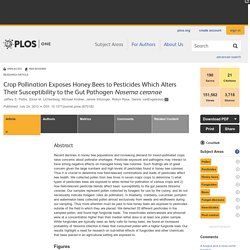 Capitalism versus the Climate. Toxic Metals. Litter Waste. Attempts to stop catastrophic climate change are proving futile, says UN report. A draft of a new UN report seen by The New York Times warns that our planet is at risk of "severe, pervasive and irreversible impacts" if the world's governments don't quickly alter their course and do more to limit the emissions of greenhouse gases. 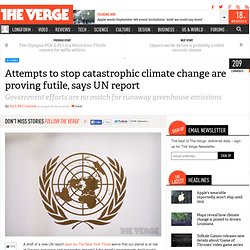 The report, drafted by the Intergovernmental Panel on Climate Change, says that we are already nearing a temperature at which the ice sheet covering Greenland is expected to begin melting — an unstoppable process that could raise global sea levels by 23 feet and bring other extremes of climate including heat waves and torrential rain.

Sea Life. Methane Deposits, Permafrost and Ocean. Taxes and Schemes. Lawsuits and Other Legal Actions. How to Argue with Deniers. Geo-engineering. Waste Treatment Biofuels. Will Fracking Cause Our Next Nuclear Disaster? Theory. Data. Doubts. C(Lie)mate - The S0s. Solar Roadways - Introduction. Long-standing climate paradox resolved. (Phys.org) —Climate scientists have long documented the strong control of Earth's orbital variations on the waxing and waning of the great ice ages, when huge "pluvial" lakes filled the valley floors of the Great Basin. 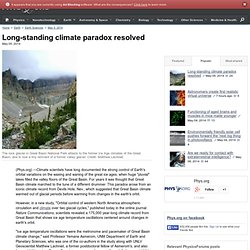 For years it was thought that Great Basin climate marched to the tune of a different drummer. This paradox arose from an iconic climate record from Devils Hole, Nev., which suggested that Great Basin climate warmed out of glacial periods before warming from changes in the earth's orbit. However, in a new study, "Orbital control of western North America atmospheric circulation and climate over two glacial cycles," published today in the online journal Nature Communications, scientists revealed a 175,000 year-long climate record from Great Basin that shows ice age temperature oscillations centered around changes in earth's orbit.

Harvard Professor on IPCC and the Scientific Integrity of the “Summary for Policymakers” Report. How Newsweek's 'global cooling' story got its legs. Jan. 10, 2014 Nine paragraphs written for Newsweek in 1975 continue to trump 40 years of climate science. 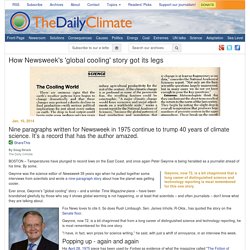 It's a record that has the author amazed. ShareThis By Doug StruckThe Daily Climate. Young People Are Taking the Government to Court Over Its Failure to Address Climate Change. This post first appeared in The Nation. 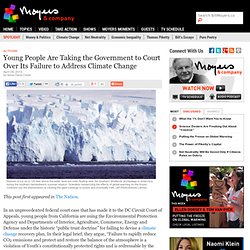 In an unprecedented federal court case that has made it to the DC Circuit Court of Appeals, young people from California are suing the Environmental Protection Agency and Departments of Interior, Agriculture, Commerce, Energy and Defense under the historic “public trust doctrine” for failing to devise a climate change recovery plan. In their legal brief, they argue, “Failure to rapidly reduce CO2 emissions and protect and restore the balance of the atmosphere is a violation of Youth’s constitutionally protected rights and is redressable by the Courts.”

The public trust doctrine has its roots in antiquity, deriving from the Roman “Code of Justinian.” Elizabeth Brown of Our Children’s Trust, the group coordinating the legal effort, explains that the doctrine represents a duty for all sovereigns to safeguard public resources that future generations will depend on for survival. 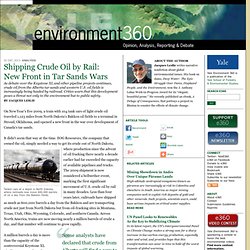 Today's Antarctic region once as hot as California, Florida. Parts of ancient Antarctica were as warm as today's California coast, and polar regions of the southern Pacific Ocean registered 21st-century Florida heat, according to scientists using a new way to measure past temperatures. But it wasn't always that way, and the new measurements can help improve climate models used for predicting future climate, according to co-author Hagit Affek of Yale, associate professor of geology & geophysics.

"Quantifying past temperatures helps us understand ancient Antarctica were as warm as today's California coast, and polar regions of the southern Pacific Ocean registered 21st-century Florida heat, according to scientists using a new way to measure past temperatures. The findings, published the week of April 21 in the Proceedings of the National Academy of Sciences, underscore the potential for increased warmth at Earth's poles and the associated risk of melting polar ice and rising sea levels, the researchers said. The paper's lead author, Peter M.J. Floating Seawer Skyscraper Rids The World’s Oceans Of Plastic While Generating Clean Energy.

How to Debunk Chemtrails. Aircraft Contrails. Www.physics.mcgill.ca/~gang/eprints/eprintLovejoy/neweprint/Anthro.climate.dynamics.13.3.14.pdf. Page 2 of Article: Fighting Our Fossil-Nuke Extinction. Source: Truthdig. 5 Videos Showing How Fracking Can Make Water Flammable. From Attorney James Robert Deal: The flurosilicic acid added to our water contains lead, arsenic, mercury, cadmium, and thallium. It leaches lead from pipes. It is not safe, not effective, and not legal. Mass Scallop Die Off a ‘Red Flag’ for the World’s Oceans.