B Vitamins and CFS/ME 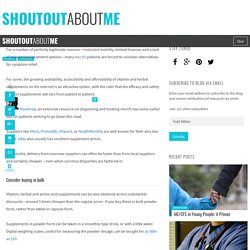 For some, the growing availability, accessibility and affordability of vitamin and herbal supplements on the internet is an attractive option, with the rider that the efficacy and safety of most supplements will vary from patient to patient. ME/CFS Roadmap, an extensive resource on diagnosing and treating me/cfs has some useful tips for patients wishing to go down this road. 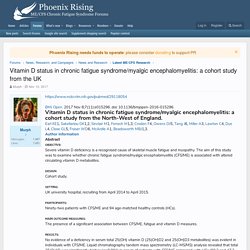 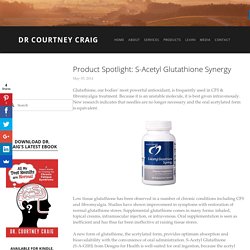 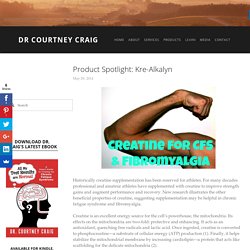 Its key features differ from traditional creatine powders due to the fact that it is more alkaline, which enables enhanced support for lactic acid and metabolic acid buffering. Kre-Alkalyn also enables a high concentration of cellular creatine to be absorbed at a lower effective dose without the need for a “loading phase” of high doses. Also, Kre-Alkalyn does not cause water retention and is safe to take daily. Kre-Alkalyn may lessen muscle soreness in fibromyalgia due to lactic acid build-up. A 16-week double-blind, randomized control study in fibromyalgia patients showed creatine supplementation increased intramuscular phosphocreatine content by 80% (more ATP available) and improved lower and upper body muscle function, with some additional effects on general symptoms (3). 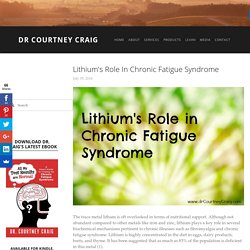 Although not abundant compared to other metals like iron and zinc, lithium plays a key role in several biochemical mechanisms pertinent to chronic illnesses such as fibromyalgia and chronic fatigue syndrome. Lithium is highly concentrated in the diet in eggs, dairy products, beets, and thyme. It has been suggested that as much as 83% of the population is deficient in this metal (1). Neurocognitive Support Most are familiar with prescribable lithium utilized for the treatment of psychological and major depressive disorders. Possible mechanisms surrounding lithium’s cognitive support include its ability to maintain BDNF levels—the crucial neurotropic product recently found severely depleted in CFS. Influence of melatonin on fatigue severity in patients with chronic fatigue syndrome and late melatonin secretion. - PubMed - NCBI.

Living With ME/CFS: Imunovir Update and Inosine. I have been struggling a bit lately because of a shortage of Imunovir, an immune-modulating medication that helps me quite a bit, so I thought I'd give a brief update here and also find out if any of you have any experience with inosine, a generic compound similar to Imunovir. 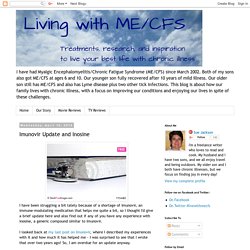 I looked back at my last post on Imunovir, where I described my experiences with it and how much it has helped me - I was surprised to see that I wrote that over two years ago! So, I am overdue for an update anyway. The quick version is that I am still doing well on Imunovir - in all the ways and for all the reasons I explained in that earlier post. A preliminary study of dehydroepiandrosterone response to low-dose ACTH in chronic fatigue syndrome and in healthy subjects. - PubMed - NCBI. ButyrEn 100 Tabs. Choline Helps POTS, Chronic Fatigue Syndrome, and Autoimmune Disorders. D-Ribose Improves QOL For People with Chronic Fatigue. The use of D-ribose in chronic fatigue syndrome and fibromyalgia: a. Vitamin D and CFS Research Papers. See also: English - advanced Search in your language with Chrome browser add-on powered by Custom Search www.vitamindwiki.com. 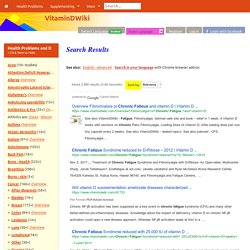 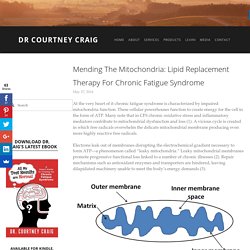 These markers are measured through blood or as urine organic acid metabolites. Excessive nitric oxide is also observed indicating changes in cytokines as the cycle of free radical damage ensues (1). Microbial byproducts generated from dysbiosis may also damage the mitochondria. Excessive hydrogen sulfide produced from microbe overgrowth in the small intestine (SIBO) can damage mitochondrial complexes in a dose-dependent manner similar to the action of cyanide (2). Supplementation with mitochondrial supports are widely utilized by CFS and FM patients. Repair Damaged Mitochondria and Reduce Fatigue Up to 45% Clinical trials have shown that NT Factor® can actually support the repair of damaged cell membranes – in effect reducing the cells’ biological age and restoring mitochondrial ability to generate energy. 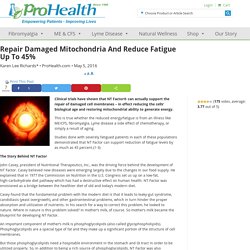 This is true whether the reduced energy/fatigue is from an illness like ME/CFS, fibromyalgia, Lyme disease a side effect of chemotherapy, or simply a result of aging. Studies done with severely fatigued patients in each of these populations demonstrated that NT Factor can support reduction of fatigue levels by as much as 45 percent.(1-3) The Story Behind NT Factor. Mitochondria Ignite™ with NT Factor® - 675 mg , 90 medium tablets by ProHealth. Product Spotlight: ProGreens with NT Factor — Dr Courtney Craig. 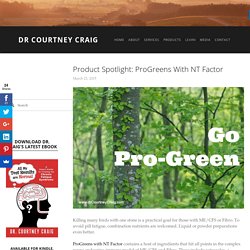 These ingredients are excellent binders of unwanted molecules in the gut (e.g. mycotoxins), and provide fibrous substrate to promote healthy gut flora. Sea vegetables also offer an excellent source of iodine for patients with low thyroid function. What makes this product especially useful for ME/CFS and Fibro patients is the addition of the mitochondrial blend NT Factor. Developed by prominent researcher Dr. Garth Nicholson, NT Factor is a patented mitochondrial membrane phospholipid, combining antioxidants and lipid transporters to repair damaged mitochondria (4). NT Factor has been studied in some clinical trials to improve fatigue and energy levels. Read more about these studies in a previous blog post. ProGreens NT is gluten free and hypoallergenic. Click here for a FAQ sheet.