The Neuroscience of Behavior Change - StartUp Health. Helping patients change behaviors by understanding the brain I find it fascinating that our brains can change. 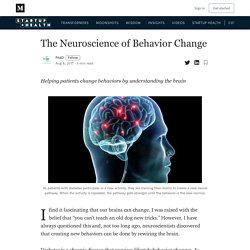 I was raised with the belief that “you can’t teach an old dog new tricks.” However, I have always questioned this and, not too long ago, neuroscientists discovered that creating new behaviors can be done by rewiring the brain. Diabetes is a chronic disease that requires lifestyle behavior changes. As clinicians, it is very useful to provide information and education about diabetes to our patients. I have been able to personally achieve my health goals and professionally empower my patients to reach their health goals by understanding the neuroscience of behavior change. 7 Types Of Experience Your Brain Needs To Function At Its Best. This is the second in a two-part story on how to manage your mental energy to do your best work. 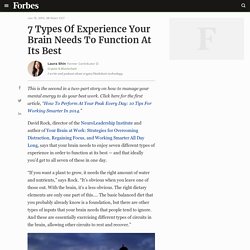 Dynamic Neural Retraining System - Relief from Chronic Illness. New study says this is the only diet that will keep your brain healthy for years to come. Alternative Treatment for Alzheimer’s Disease. This article has been reviewed and fact checked by Dr. 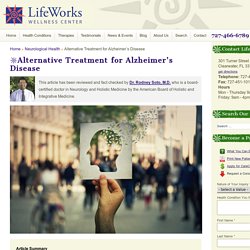 Rodney Soto, M.D. who is a board-certified doctor in Neurology and Holistic Medicine by the American Board of Holistic and Integrative Medicine. Article Summary Alzheimer’s disease is the most common form of dementia and involves the areas of the brain that control memory, thoughts, and language.1 Alzheimer’s disease causes a range of cognitive symptoms depending on disease progression.Changes in the brain can begin many years before symptoms appear therefore early steps to promote brain health are critical.Alzheimer’s is most prevalent in those over the age of 65.1 Conventional treatment includes medication to manage symptoms as well as physical therapy, emotional support, and the development of routines.LifeWorks Wellness Center offers a promising, alternative treatment approach for Alzheimer’s. Music: The part of your brain that will never get lost to Alzheimers.

New drug may REVERSE dementia, study suggests. Scientists have a new theory for what may cause dementia as the brain ages - and a way to reverse it, a new pair of studies suggest. 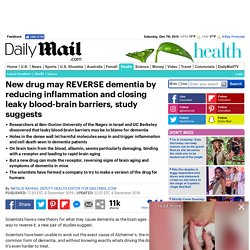 Scientists have been unable to work out the exact cause of Alzheimer's, the most common form of dementia, and without knowing exactly whats driving the disease, it's even harder to treat. Scientists have long known that, with age, the blood-brain barrier - a wall of dense cells and blood vessels that protects the brain from any invaders in the blood that don't belong there and could damage the fragile, crucial neurons. Previously, it was believed that aging itself caused brain cells to die, but University of California, Berkeley researchers found that it may be the leakiness of the blood-brain barrier that allows in harmful substances that then, in turn trigger cell death and 'inflammatory fog.' In the US 5.8 million people have Alzheimer's, and as the population ages, the number of sufferers will only grow. The effects in mice were astounding. Finding the Rhythm of Literacy. Why do you think that rhythm might help with reading acquisition? 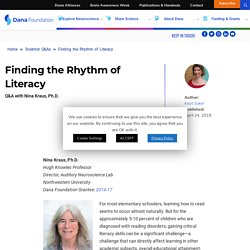 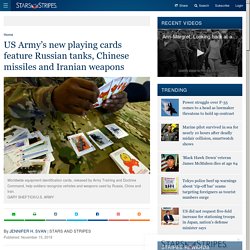 The Army has a new line of playing cards featuring military weapons used by Russia, China and Iran — countries the Pentagon has identified as potential threats. The cards are proving so popular that more than 70,000 decks have been distributed since the first were printed this summer. Army Training and Doctrine Command’s intelligence branch developed “Worldwide Equipment Identification” cards to help soldiers learn about the weapons and vehicles, the Army said in a statement this week. The command distributed an initial print run of 9,800 packs of cards featuring Chinese vehicles and weapons in July. A Mental Sign Of Vitamin B12 Deficiency. Around 12.5 percent of people over 50 have a vitamin B12 deficiency. 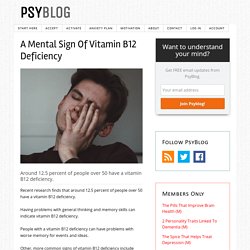 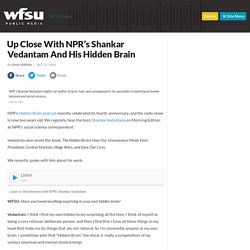