All Creatures Big and Small GOD Made Them All

Untitled. The Horse Mafia. Martha the Incredible Dwarf Horse. Sooooo Cute. Most horses pass from one human to... - Equine Performance Partnership/Doug Jordan. Power of Positivity - This Dog Looks like a Stuffed Toy. Horses Change the Brain Wave Patterns of Humans. Horses bring us into the present moment Our connections and desire to have a relationship with animals dates back tens of thousands of years. 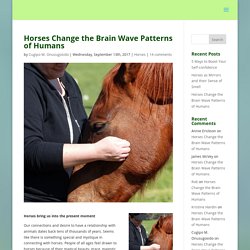 Seems like there is something special and mystique in connecting with horses. People of all ages feel drawn to horses because of their magical beauty, grace, majestic stature and strength. Therefore being in the presence of horses seems to transform people in various ways. Clinical studies have proven that being around horses changes the brain wave patterns of humans.

The Epoch Times - Elona (left) is blind but her eyes Jaco... 10 Most Beautiful Butterflies on Planet Earth. The Dodo - Lonely Pony With Overgrown Hooves Finally Has A Family Who Loves Him. The HighWire with Del Bigtree - VETERINARY MEDICINE EXPOSED. Peter Egan - You've probably seen this already..but if you... GREAT FALLS — Dog owners are advised to stop feeding pig ear treats to dogs in order to end the spread of salmonella to both humans and dogs nationwide, the U.S. 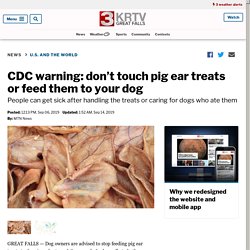 Centers for Disease Control & Prevention said in a news release . The CDC, public health, and regulatory officials in several states, along with the U.S. Food & Drug Administration, are investigating an outbreak of multi-drug-resistant Salmonella infections linked to contact with pig ear dog treats. Cases have been reported in 35 states ; there are no reported cases in Montana at this point. The CDC released an update on Thursday to previous advisories from July indicating that dozens have become sick after their dogs consumed pig ear treats. Cats are naturally inquisitive, and that is not always a safe trait. 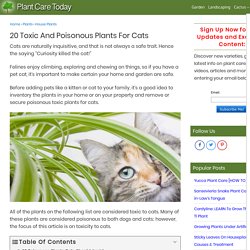 Hence the saying “Curiosity killed the cat!” Felines enjoy climbing, exploring and chewing on things, so if you have a pet cat, it’s important to make certain your home and garden are safe. Before adding pets like a kitten or cat to your family, it’s a good idea to inventory the plants in your home or on your property and remove or secure poisonous toxic plants for cats. All of the plants on the following list are considered toxic to cats. Raamayan - Nature is incredible... Daily Mail - This rescued donkey loves listening to the blues ❤️ Nifty - 15 DIY Projects For Dog Owners. Founder of Applied Zoopharmacognosy. “Lawn chemicals, particularly, ones containing 2,4-D, have been linked to at least two types of canine cancers. 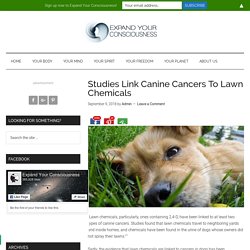 Studies found that lawn chemicals travel to neighboring yards and inside homes, and chemicals have been found in the urine of dogs whose owners did not spray their lawns.”1 Sadly, the evidence that lawn chemicals are linked to cancers in dogs has been accumulating steadily over the past 20 years. Fermented wheat germ extract, pets. illness, animal immune system. WARNINGA small amount of fructose is used as a catalyst to begin the fermentation process. 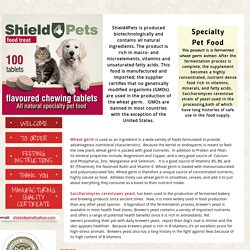 The portion of the wheat germ (endosperm of the seed) used to produce this product, is not linked to wheat allergies or gluten sensitivities. As with all pet foods, keep out of the reach of children. Shield4Pets is produced biotechnologically and contains all natural ingredients. The product is rich in macro- and microelements, vitamins and unsaturated fatty acids. This food is manufactured and imported; the supplier certifies that no genetically modified organisms (GMOs) are used in the production of the wheat germ. Wheat germ is used as an ingredient in a wide variety of foods formulated to provide advantageous nutritional characteristics.

Saccharomyces cerevisiaes yeast, has been used in the production of fermented bakery and brewing products since ancient times. This product is a fermented wheat germ extract. Over 70 horses bound for slaughter now roam free on Willie Nelson’s ranch in Texas Country music icon Willie Nelson has rescued over 75 horses in the last decade. 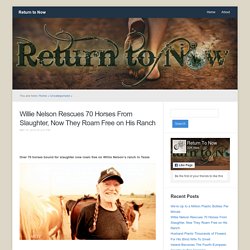 Old race horses, show horses and work horses and even federally protected wild horses are often unwittingly sold to people who sell them to inhumane slaughterhouses for human consumption in other countries. RELATED: Bureau of Land Management Votes to Slaughter 44,000 Wild Horses to Make Room for Beef Cattle All of Nelson’s horses were unwanted for various reasons and probably bound for a similar fate. Cat Food Revealed. I share my life with many four-legged friends, owning 2 dogs and fostering at least 2 others at any given time. 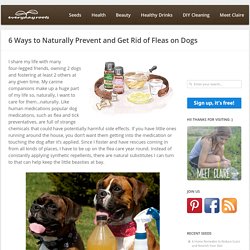 My canine companions make up a huge part of my life so, naturally, I want to care for them…naturally. Like human medications popular dog medications, such as flea and tick preventatives, are full of strange chemicals that could have potentially harmful side effects. If you have little ones running around the house, you don’t want them getting into the medication or touching the dog after it’s applied. A shocked dog lover is calling for owners to check their canines' mouths after finding a swarm of ladybirds infesting her beloved pooch's mouth. 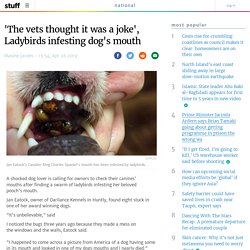 Jan Eatock, owner of Darilance Kennels in Huntly, found eight stuck in one of her award winning dogs. "It's unbelievable," said I noticed the bugs three years ago because they made a mess on the windows and the walls, Eatock said. "I happened to come across a picture from America of a dog having some in its mouth and looked in one of my dogs mouths and I nearly died. " Plagued dog's owner, Jan Eatock, is worried other dogs will become infested by Ladybirds. Try Not to Laugh - Dance, Dance, Dance. A new study found that PTSD scores dropped 87 percent after just six weeks of therapeutic horsemanship sessions. 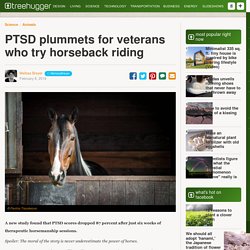 Spoiler: The moral of the story is never underestimate the power of horses. By some estimates, more than 23 million military veterans experience post-traumatic stress disorder (PTSD) each year, described by Rebecca Johnson as “an anxiety disorder that occurs after exposure to life-threatening events or injuries and is marked by flashbacks, avoidance, and changes in beliefs and feelings.” While counseling and behavior therapies are often prescribed to help treat the symptoms of PTSD, complementary therapies like therapeutic horseback riding (THR) have also been put into play. Johnson, a professor in the University Of Missouri-Columbia College of Veterinary Medicine and the Millsap Professor of Gerontological Nursing in the Sinclair School of Nursing, was interested in exploring how useful THR could be in treating PTSD. Ultimate Pet Nutrition™ 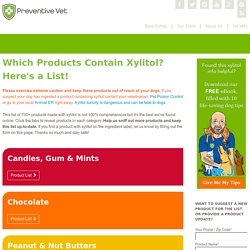 Cutting trainer Kory Pounds finds that managing that energy in a constructive way benefits both rider and horse. Dear Fellow Fair Horse Owner I initially put together this training DVD as a resource for all of my students and clinic participants. But because I've seen so many people have 100% avoidable accidents that ended up costing them a lot of time and a lot of money I decided to make this DVD affordable to anyone who wanted it. Comeback Kids - Puppy Who Wasn't Supposed To Walk Teaches Herself To Run. Comeback Kids - 2-Legged Boxer Steals His Dad’s Heart. The Dodo - Mother Dog Is So Happy To See Her Puppies All Grown Up. Wonderful Earth - Friendship ❤ Carolyn Quinn. Dog's Life - □This product only available for a limited... So tiny, so much attitude - BuzzFeed Animals.

CBD Pure - CBD Oil - Buy Cannabidiol Oil. Nithya Shanti - A friend shared this extraordinary video. 11Alive - We can learn a lot from our animal friends. Animal Spirit - Can't Get Any Cuter Than This! Defending Beef - via The Ethical Butcher on twitter. Amy Havens - Why Me He spent his whole life pleasing &... Cat sees his owner who died years ago and can’t hold it in when he sees the video – Jumbo Life. Pinterest. Jyl Rubin - Jyl Rubin était en direct.