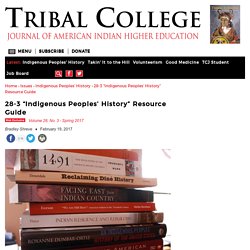 Much of this is due to technological advancements such as PowerPoint, online resources, and web platforms such as Blackboard. But in large part it is also due to our changing perspectives on the past. The one truism to remember when teaching history is that all history is revisionism. Our present-day realities shape the way we think about the past and interpret historical trends and figures. In many ways, tribal colleges and universities (TCUs) are on the cutting edge of such historical revisionism. Below are 10 history books that TCU educators may find useful. Calloway, C.G. (1997). Historian Colin Calloway helped revise American Indian history in the academy with the publication of this award-winning book. 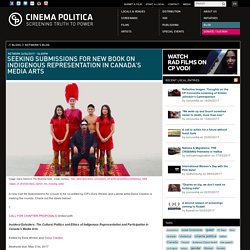 Check out the deets below! CALL FOR CHAPTER PROPOSALS (linked pdf) 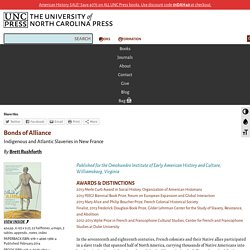 "--American Historical Review “Through his exhaustive research and attention to larger connections, Rushforth provides perhaps the most compelling account yet of the significance of Indian slavery to early American and Atlantic histories. . . . An interactive record of Native American slavery in New France. Between 1660 and 1760, French colonists in New France enslaved as many as 10,000 Native Americans, forcing them to work as farm hands, domestic servants, and construction laborers. 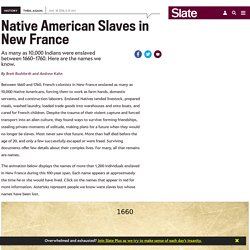 Enslaved Natives tended livestock, prepared meals, washed laundry, loaded trade goods into warehouses and onto boats, and cared for French children. Despite the trauma of their violent capture and forced transport into an alien culture, they found ways to survive: forming friendships, stealing private moments of solitude, making plans for a future when they would no longer be slaves. Most never saw that future. More than half died before the age of 20, and only a few successfully escaped or were freed. Surviving documents offer few details about their complex lives.

Hodinohso:ni Governance & the Great Law of Peace - Conversations in Cultural Fluency #4. L’anarcho-indigénisme. Entrevues avec Gerald Taiaiake Alfred et Gord Hill – Revue POSSIBLES. Learning from the land while preserving culture - Home. We're heading out on the land, looking up at the sky and growing the seeds of culture. 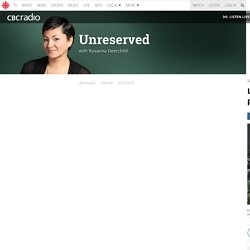 How would like to attend a university course beside a beautiful lake instead of in a classroom? Rather than reading about the land you would learn by being on the land. That's the premise behind land-based education. Educator Tasha Spillett (Facebook) Instead of trying to fit Indigenous knowledge into a classrooom. The Ghost River Rediscovery camp is located on Stoney Nation land, west of Calgary.

The Ghost River Rediscovery camp in Alberta is not your average camp. Back in February Unreserved took a road trip to visit Six Nations of the Grand River Territory. Mohawk seed keeper Terrylynn Brant in her garden, and white corn that she harvested. We met TerryLynn Brant who is a Mohawk seed keeper. Douglas Treaties translated into indigenous languages of Vancouver Island for first time. For the first time since they were signed 170 years ago, the Douglas Treaties have been translated into the indigenous languages of the Sencoten and Lekwungen First Nations of Vancouver Island. 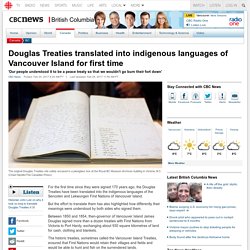 But the effort to translate them has also highlighted how differently their meanings were understood by both sides who signed them. Between 1850 and 1854, then-governor of Vancouver Island James Douglas signed more than a dozen treaties with First Nations from Victoria to Port Hardy, exchanging about 930 square kilometres of land for cash, clothing and blankets. The historic treaties, sometimes called the Vancouver Island Treaties, ensured that First Nations would retain their villages and fields and would be able to hunt and fish on the surrendered lands. "Every time there was another development on our land and in our territories ... there is another loss to the connection to a fishery or a hunting location that's ages old," he said. Subject to interpretation A move towards reconciliation. Understanding Colonizer Status. By Waziyatawin, Unsettling Ourselves “Colonial relations do not stem from individual good will or actions; they exist before his arrival or his birth, and whether he accepts or rejects them matters little.” 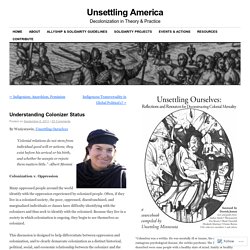 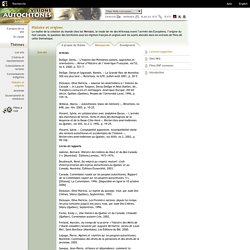 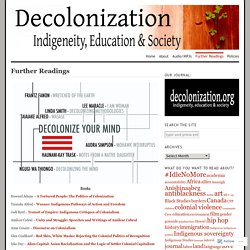