With a focus on teaching and learning 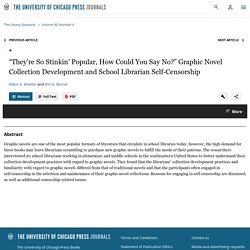 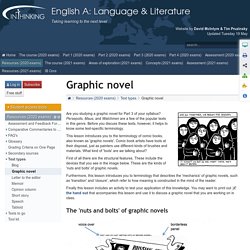 Persepolis, Maus, and Watchmen are a few of the popular texts in this genre. Before you discuss these texts, however, it helps to know some text-specific terminology. This lesson introduces you to the terminology of comic books, also known as 'graphic novels'. Comic book artists have tools at their disposal, just as painters use different kinds of brushes and materials. What kind of 'tools' are we talking about? First of all there are the structural features. Furthermore, this lesson introduces you to terminology that describes the 'mechanics' of graphic novels, such as 'transition' and 'closure', which refer to how meaning is constructed in the mind of the reader. Finally this lesson includes an activity to test your application of this knowledge. Emanata & !#@?$%! – Making Comics. “What is “Emanta”? 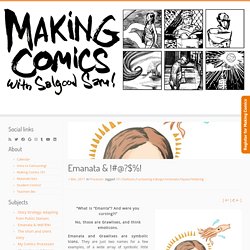 And were you cursing?!” No, those are Grawlixes, and think emoticons. STEM themed graphic novels for young minds. In addition to being fun, studies have shown that the visual language of graphic novels stimulates the brain in ways that complex text can.For some readers, information is easier to process through images than it is through text alone.These graphic novels are great for getting young readers into philosophy, technology, and other scientific narratives. 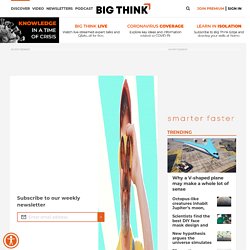 If you're not on the graphic novel train by now, you're missing out. In addition to being a pathway to reading for those who see big groups of text as daunting or inherently boring, studies have shown that the visual language of comics and graphic novels is good for the brain. Humans are 60,000 times faster at processing images than we are at processing text, and combining the two stimulates the brain in meaningful ways. In one study conducted at the University of Oklahoma, 80 percent of students in a senior level business course reported learning more from a graphic novel than from reading a textbook. “Persepolis”: The Process of Self-Approval » Writing Program » Boston University. Youqi Chen Read the instructor’s introductionRead the writer’s comments and bioDownload this essay The Complete Persepolis is a graphic memoir by Marjane Satrapi that describes the author’s childhood experience in Iran during and after the Islamic Revolution of 1979 and her early adulthood after she graduates high school in Austria and returns to Iran. 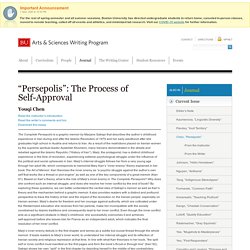 As a result of the restrictions placed on Iranian women by the supreme spiritual leader Ayatollah Khomeini, many Iranians demonstrated in the streets and rebelled against the Islamic Republic (“History of Iran”). Marji, the protagonist, has a distinct childhood experience in the time of revolution, experiencing extreme psychological struggle under the influence of the political and social upheavals in Iran. Why We're Seeing More Adaptations Between the Graphic and Prose Mediums. Even though I came to comics late in life, I was immediately skeptical when Dean and Shannon Hale first released their middle grade novels based upon the Unbeatable Squirrel Girl arc. 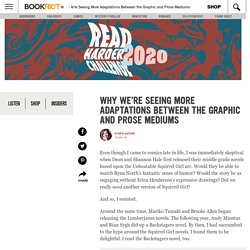 Would they be able to match Ryan North’s fantastic sense of humor? Would the story be as engaging without Erica Henderson’s expressive drawings? Did we really need another version of Squirrel Girl? And so, I resisted. Around the same time, Mariko Tamaki and Brooke Allen began releasing the Lumberjanes novels. Encouraging book talk in the school library - OpenLearn - Open University - TL_LIBRARY. The website of Neil Cohn. Being explicit about the implicit: inference generating techniques in visual narrative* A Friendly Reminder that Comic Books Count as Reading. Researchers marvel at potential of comics for learning. Marshall Digital Scholar - COLA Research and Creativity Conference: Teaching Literary Theory through Annotated Graphic Novels. Presentation Title Teaching Literary Theory through Annotated Graphic Novels Document Type Poster Presentation Keywords graphic novels, literary theory, higher education Biography Kathryn Thompson is a senior majoring in History and English with a Creative Writing emphasis. 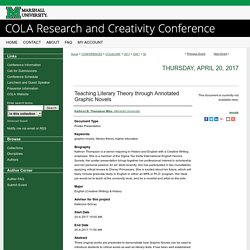 Major English (Creative Writing) & History. How to Create Comic Strips in Google Slides. The Hand of the Comic Artist. Theconversation. Security services and governments around the world remain vigilant to the threat of lone-actor terrorists in our cities. 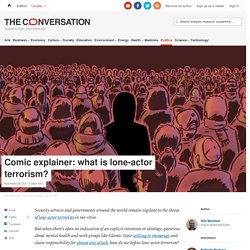 But when there’s often no indication of an explicit intention or ideology, questions about mental health and with groups like Islamic State willing to encourage and claim responsibility for almost any attack, how do we define lone-actor terrorism? In this comic explainer, Raffaello Pantucci, Associate Fellow at the International Centre for the Study of Radicalisation and Director of International Security Studies at RUSI, explains the theory behind lone-actor terrorism and what we know about lone actors’ effectiveness, motives and behaviours that could help us to better understand and disrupt future attacks.

Rachid Kassim is quoted from an interview with Jihadology. Junaid Hussain’s quote is from court documents. The full Countering Lone-Actor Terrorism Series is available at the Royal United Services Institute’s website. Illustrations by Wes Mountain for The Conversation. From Zadie Smith to Ethan Hawke: why we love graphic novels. Zadie Smith, novelist How did you get into graphic novels? 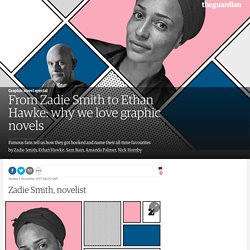 I read a lot of comics as a child, mainly those old Disney ones about Donald Duck and his nephews. Column: How bringing comics into the classroom made me love teaching again. Most teachers would agree that teaching is one of the most exhausting jobs to love. 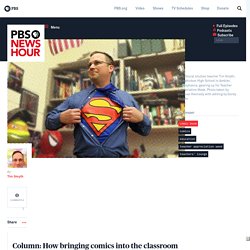 Between meeting the individual needs of our students, keeping up with the latest initiatives and completing the day-to-day tasks required for keeping a classroom productive and positive, the job can be overwhelming and sometimes discouraging. In my 15th year of teaching, these feelings only intensified for me. Facing burnout, I realized that I needed a way to regroup and re-energize.

If I didn’t, I feared that like so many others, I might have to leave the classroom.