Prophet James Goll Urges Believers to Operate in This Desperately Needed Prophetic Gift. "From the sons of Issachar, those having understanding of times and what Israel should do" (1 Chr. 12:32). 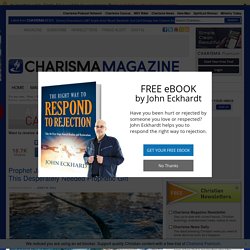 Things are currently moving at a fast speed.

Running for office. Candidate Registration Brochure. Published in March 2005 (updated January 2013) Contents This brochure explains when an individual running for federal office becomes a candidate under the Federal Election Campaign Act (the Act). 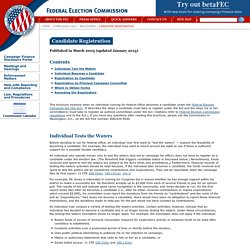 It describes the steps a candidate must take to register under the Act and the steps his or her committee(s) must take to register as political committees under the Act. Citations refer to Federal Election Commission regulations and to the Act.1 If you have any questions after reading this brochure, please call the Commission in Washington, D.C., on the toll-free number, 800/424-9530. Individual Tests the Waters Before deciding to run for federal office, an individual may first want to "test the waters" — explore the feasibility of becoming a candidate.

Backup your data. L Please note that the answer below is a reference for customers, which may change in different software version and device models. 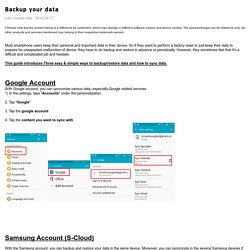 The pictures/images are for reference only. All other products and services mentioned may belong to their respective trademark owners. Most smartphone users keep their personal and important data in their device. So if they want to perform a factory reset or just keep their data to prepare for unexpected malfunction of device, they have to do backup and restore in advance or periodcially. However, they sometimes feel that it's a difficult and complicated job and hesitate. What Do Mormons Believe. What Do Mormons Believe: The Primary Differences Between Mormonism & Christianity What Do Mormons Believe: Divine Authority The Mormon church uses two sources as its primary authorities: the Book of Mormon and the Bible. 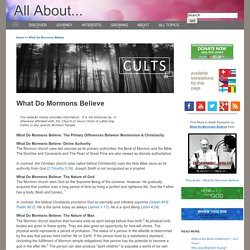 The Doctrine and Covenants and The Pearl of Great Price are also viewed as divinely authoritative. In contrast, the Christian church (also called biblical Christianity) uses the Holy Bible alone as its authority from God (2 Timothy 3:16). Joseph Smith is not recognized as a prophet. What Do Mormons Believe: The Nature of God The Mormon church sees God as the Supreme Being of the universe. Mission to Mormons : Sharing Your Faith : Where To Start. Witnessing to Mormons - what is the key?

Question: "Witnessing to Mormons – what is the key? 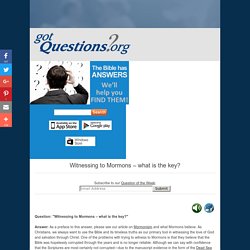 " Answer: As a preface to this answer, please see our article on Mormonism and what Mormons believe. As Christians, we always want to use the Bible and its timeless truths as our primary tool in witnessing the love of God and salvation through Christ. One of the problems with trying to witness to Mormons is that they believe that the Bible was hopelessly corrupted through the years and is no longer reliable. Although we can say with confidence that the Scriptures are most certainly not corrupted—due to the manuscript evidence in the form of the Dead Sea Scrolls, several codices of the various portions of the biblical text, and thousands of other manuscripts—Mormons are most likely not going to agree to that.

Therefore, approaching Mormons from another direction is the more effective. It is important to understand that Mormons use many of the terms that Christians use, such as salvation, justification, heaven, and others. What is Mormonism? What do Mormons believe? Question: "What is Mormonism? 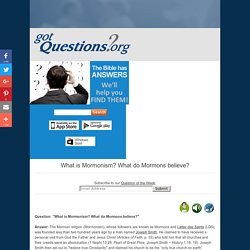 What do Mormons believe? " Answer: The Mormon religion (Mormonism), whose followers are known as Mormons and Latter-day Saints (LDS), was founded less than two hundred years ago by a man named Joseph Smith. He claimed to have received a personal visit from God the Father and Jesus Christ (Articles of Faith, p. 35) who told him that all churches and their creeds were an abomination (1 Nephi 13:28; Pearl of Great Price, Joseph Smith – History 1:18, 19). Joseph Smith then set out to "restore true Christianity" and claimed his church to be the “only true church on earth” (Mormon Doctrine, p. 670; 1 Nephi 14:10). The problem with Mormonism is that it contradicts, modifies, and expands on the Bible. Mormons believe that there are in fact four sources of divinely inspired words, not just one: 1) the Bible “as far as it is translated correctly” (8th Article of Faith). Related Topics: Witnessing to Atheists. I have described my self as having once been an "AynRandianObjectivistLibertarianCarlSaganTypeAtheist". 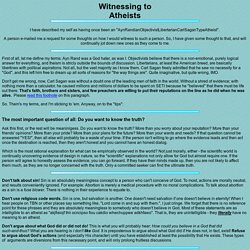 A person e-mailed me a request for some thoughts on how I would witness to such a person. So, I have given some thought to that, and will continually jot down new ones as they come to me. First of all, let me define my terms: Ayn Rand was a God hater, as was I. Objectivists believe that there is a non-emotional, purely logical answer for everything, and theism is stricly outside the bounds of discussion. Libertarians, at least the American breed, are basically libertines with political aspirations. Don't get me wrong, now, Carl Sagan was without a doubt one of the leading men of faith in the world. So. How to Witness to an Atheist at Christianity 101.

Question: I’ve got a friend who is a pretty strong atheist. 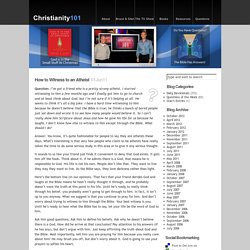 I started witnessing to him a few months ago and I finally got him to go to church and at least think about God, but I’m not sure if it’s helping at all. He seems to think it’s all a big joke. ChristianAnswers.Net/evangelism.

Quotes About Evangelism (351 quotes) “Have you ever wondered what it feels like to have a love for the lost? 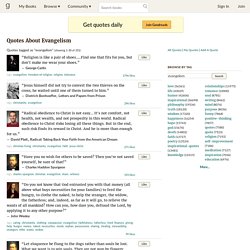 This is a term we use as part of our Christian jargon. Many believers search their hearts in condemnation, looking for the arrival of some feeling of benevolence that will propel them into bold evangelism. 20 Ways to Reach the Lost. How can you demonstrate God’s love in your community? 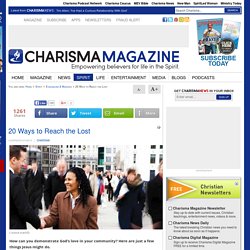 Here are just a few things Jesus might do. 1. Pray fervently. If your church has an intercessory prayer group, participate in it.

Blog thoughts 2. Bullet journaling. All 40 Florida Senate seats up for election this fall. Florida's ongoing efforts at redistricting has led to an unprecedented result: Starting this fall, all 40 Florida Senate seats will be up for election. State Senate President Andy Gardiner asked the state auditor general to randomly assign numbers to all 40 Senate districts, based on Circuit Judge George Reynolds' idea during his Dec. 30 redistricting decision.

That decision stemmed from a lawsuit alleging state lawmakers did not follow the 2010 Fair District amendments that voters had approved, requiring the state to create equal and compact districts for the Florida Legislature and the U.S. Congress. The Supreme Court chose a new Congressional map in December. A computer Excel program spit out randomly assigned numbers to the 40 state districts on Tuesday morning in Tallahassee. Twenty districts were assigned odd numbers and 20 received even numbers.

HR Handbook policies. Books to read. Konmarie. Etsy. Health. Blog thoughts. Decorating and crafts for home. Study on "Rest" or Resting in the Lord. Gardening. Keeping Track of Your Colors for the Mystery Afghan KAL/CAL - Yarnspirations Blog. Mystery Afghan 2015. Five tips for cleaning and speeding up your Mac.

Boost your Mac's performance and reclaim hard-drive space with this handful of tips. My wife and I recently cleaned out our attic and basement, throwing out and donating six years' worth of accumulated clutter. Book Profile: Salvation in Full Color. Loaded Spaghetti Squash Casserole (THM S) Who doesn’t like ooey, gooey cheese, butter and bacon? I don’t want to beat around the bush…this is so good! Single-Serve Cinnamon Streusel Coffee Cake {Low-carb, Sugar-free, THM:S} Like, seriously guys…on a scale of 1-10, how cute would you rate this thing? And it’s all for you!

This single-serve, streusel-topped beauty makes a great breakfast, dessert, or snack. It’s very filling. I’ve included both a microwave and an oven version for this coffee cake, and I definitely like the oven version better. However, the microwave version is a good alternative for when you’re crunched for time or just weren’t thinking ahead.