A diverse collection of book lists for teenagers, not necessarily books we have in our school library

Book List: Queer kids need books too… 10 of the Best LGBTQ+ Middle Grade Books That Celebrate Pride. 9 of the Best Queer YA Comics Just in Time for Pride. We’re here, we’re queer, get used to it. 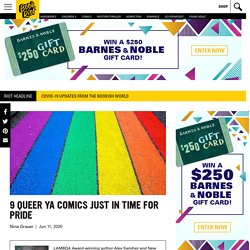 This is especially true of YA, which has become a haven for queer representation in literature. And now major cartoons are getting in on the queer fun, with Harley Quinn and Poison Ivy having their first on-screen kiss and Catradora becoming unapologetically canon. Blackmail. We hate to admit it, but books with blackmail are at the top of our TBRs. 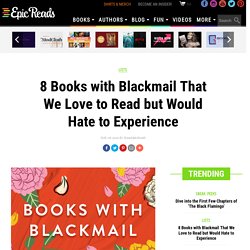 Blackmail is something that we love to read and watch even though it’s, you know, a pretty terrible thing to do. That’s probably why we’ve all binged Pretty Little Liars and Gossip Girl over and over again—we’re entirely addicted to the drama and suspense, and trying to figure out who’s behind it all! We’ve rounded up a few of our favorite books and series with blackmail that you should add to your TBR… or else… 1. Dystopian. With a new Suzanne Collins book exploring Panem before Katniss set to hit the market in May, you might have a fresh appetite for books like The Hunger Games and its sequels (pun absolutely intended). 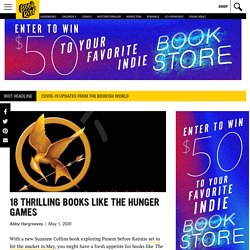 Whether you enjoyed the dystopian setting, the reality television spin, the average-girl-takes-on-the-government plot, or the survival aspect of the series, there are lots of young adult books like The Hunger Games out there for you to enjoy. #MurderTrending by Gretchen McNeil The latest iteration of America takes reality television to a new level when convicted felons spend their final days on Alcatraz 2.0, trying to survive their inevitable execution. With a host of costumed characters gleefully slaughtering their way across the island, Dee is certain she’s not leaving alive as one of the latest prisoners, even though she knows she’s innocent.

Comics. YA graphic novels are huge right now, and if you’ve not had the chance to dive into the format, then you’re definitely missing out on some amazing storytelling and beautiful artwork. 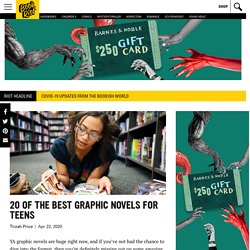 Not sure where to start? Cultural. Ah, spring break. 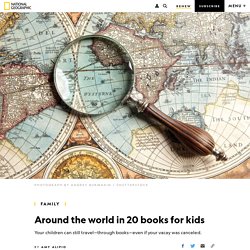 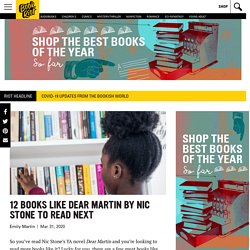 Lucky for you, there are a few great books like Dear Martin out there in the world. Dear Martin is author Nic Stone’s debut novel, one that she’s said was inspired in part by the fact that she is a mother raising two Black sons in America. When a police officer puts young Justyce McAllister in handcuffs, it doesn’t matter that Justyce is a good student that is set for the Ivy League. It doesn’t matter at all what kind of person Justyce is. Depression. Talking about mental health doesn’t come easily. 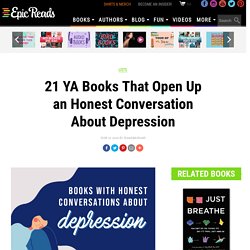 It’s a topic that’s been stigmatized for a long time now—enough that some cultures even turn a blind eye to it. But mental health is as important, if not more important, than physical health. And one of the most common issues affecting our generation in particular is depression. Cultural. Welcome to your trip around the world through young adult books. 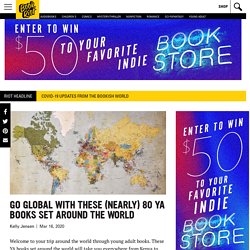 These YA books set around the world will take you everywhere from Kenya to Korea, New Zealand to Brazil, and everywhere in between. The exciting travel itinerary not withstanding, finding YA books set around the world is a challenge, which explains why there aren’t quite 80. Part of that is wanting to limit this list to one book per country—except in the cases of extremely huge countries like India, Australia, and China—as well as one book per author—again, there are cases of exception. The other reason behind the challenge of finding a wide array of internationally-set YA books is that there are so few YA books in translation. If the three-percent challenge is the reality of translated literature broadly, imagine the three-percent problem on the scale of YA.

Zombie. Do zombies give you life? 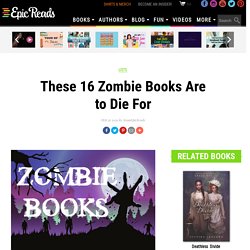 Have you binged The Walking Dead over and over? Dragged your friends and family to the theaters any time a zombie movie comes out, even if they’re cringeworthy? Have over 200 hours of gameplay on Left 4 Dead? Dystopian. In 2012, we were fighting for survival. 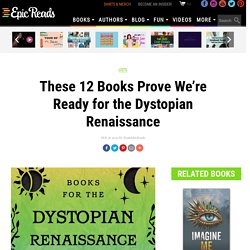 Now, we’re breaking the patriarchy to pieces. In We Unleash the Merciless Storm, Tehlor Kay Mejia’s Latinx-inspired sequel to We Set the Dark on Fire, we find ourselves thrown into a dangerous revolution. Carmen must protect the girl she loves while seeing the rebellion she’s devoted her life to through to the end, putting her life on the line to help the suffering and disenfranchised. After 'P.S. I Still Love You' In case you’ve somehow been living under a rock, Netflix came for the rom-com crown when they released To All the Boys I’ve Loved Before. Now, they’re back at it. Laugh Out Loud Funny Picture Books. Reading aloud is one of the best ways parents and educators can help children build their literacy skills.

Hearing stories aloud can help children learn the different sounds of language, understand the relationship between letters and sounds, learn new vocabulary words, and demonstrate how to read and speak expressively. While all children’s books are designed to be examined, discussed, and shared, not every book makes for a great read aloud experience. Whether your audience is a large classroom or your own child, snuggled in your lap, read on to discover 13 funny picture books that are rooted in comedy and heart—and perfect for reading aloud. Environment. It’s never too early to teach your kids about the planet. This can be a difficult, scary subject, but now more than ever it’s critical to inform them about the impact of pollution on the climate and the environment. 25 Best Comics. Fantasy. 2019 has been a year rich with unique young adult releases. When the cover previews and summaries started flooding in months ago, I was in awe: were all these gorgeous, golden stories really coming to pages soon?

Middle Grade Comics. Graphic novels are experiencing a bit of a boom in the middle grade category, creating a bridge for reluctant readers and introducing kids to a different style of storytelling. Though casually derided by some who want kids to read “real” books, the middle grade graphic novels appearing across the category are tackling stories as exciting, heartwarming, and important as standard novels, and kids are eating them up.

Below are 50 graphic novels for middle school students from this rapidly growing genre. Music. Mental Health. LGBTQ+ Looking for LGBTQ books for tweens / young teens? 19 Unsettling Books That Will Shake You to Your Core. Readbrightly. Muslim Voices. On Friday, in the wake of the New Zealand Muslim terror attack, I couldn’t stop thinking about the impact this hatred had on my students and what steps I could take to make sure they felt safe, loved, and valued. Muslim Authors. Since the terrorist attacks on September 11, 2001, many Muslims in the United States and elsewhere have been the victims of prejudice and stereotypes. Recently in the young adult book world, a novel written by a non-Muslim writer received backlash in some reviews regarding the portrayal of Muslims and the Kosovan Genocide in 1996.

African Comics. When African comics are mentioned, the first thing that comes to mind of a lot of people is Black Panther. Yes, Black Panther is one of the most well-known comics set in Africa with an African superhero, but it was created by white men (although black creators worked on it later on). Nerds in Love. Feminism. Feminism. 2019 Reluctant Readers. Fantasy Comics. 2018 Best Comics. Dystopian. Teens with Magical Abilities. Refugee Experience in Comics. Magical Realism. Sports. Top Fantasy. Books Like The Hate U Give. Canadians teens picks. Manga. Books like The Hate U Give. Mental Illness. Fantasy. Social Anxiety. Middle School Mystery. Horror. Anxiety. Magical Abilities. Mental Illness. Mysteries. Dystopian. Fairytale Retellings. Middle Grade Comics. Dystopian. Refugees. Novels in Verse. Grief. More like Love, Simon. Novels in Verse.