Mexican farmers revolt over sending water to US during drought. Mexican farmers in the drought-stricken state of Chihuahua are pitted against riot squads from the national guard in an increasingly violent standoff over their government’s decision to ship scarce water supplies to the United States. 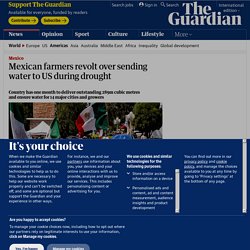 The confrontation has already led to bloodshed: earlier this month, a woman was shot dead and her husband was wounded after guardsmen opened fire on farmers wielding sticks and stones. It’s important to say this is not a step towards a paywall We need more readers to register with us to help sustain our independent, quality journalism. Without you taking this simple step, we miss out on revenues from personalised advertising - a critical source of funding for our future. Through doing so, you'll help ensure that our reporting remains freely available to everyone, and if we recognise you when you come back, we can improve your news experience too. Have a subscription? Sign In “They went illegally to the United States – and never returned,” he recalled. The Neoliberal 'New' Deal: The Rich Drink for Free While the Poor Pay More. 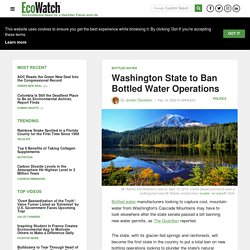 The state, with its glacier-fed springs and rainforests, will become the first state in the country to put a total ban on new bottling operations looking to plunder the state's natural resources. The proposal is one of several in the works in Washington to protect local groundwater and to fend off the growing bottled-water industry, as the Tribune News Service reported. Where the water wars of the future will be fought. A study finds that serious conflicts over water are going to arise around the globe.The 5 hotspots identified by the paper include areas of the Nile, Ganges-Brahmaputra, Indus, Tigris-Euphrates, and Colorado rivers.It's still possible to change course if we are prepared to address the effects of climate change. 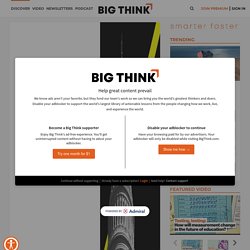 A new paper paints a disturbing picture of a nearby future where people are fighting over access to water. These post-apocalyptic-sounding "water wars" could rise as a result of climate change and population growth and could become real soon enough if we don't take steps to prevent them. The study, which comes from the European Commission's Joint Research Centre (JRC), says that the effects of climate change will be combined with an ever-increasing number of people to trigger intense competition for increasingly scarce resources. This can lead to regional instability and social unrest. Fig. 2. Credit: JRC. Wellspring of Resilience: How Do We Provide Water Security in an Uncertain World?

Across the southwestern United States, for example, the rising demand for water has coincided with prolonged periods of drought. 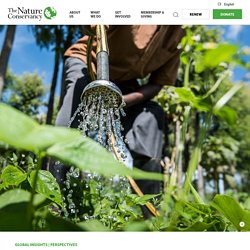 Here, the increasing likelihood of the once-mighty Colorado River drying to a trickle illustrates the dangers of outdated infrastructure planning around watersheds. In order to provide for societies contending with greater agricultural needs and expanding cities, we must rethink our approach to long-term water security – we need resilient infrastructure that prioritizes ecological sustainability. The quality and quantity of water flowing into thousands of growing cities around the world is directly dependent on the landscapes through which that water travels. How Nestle Nigeria contaminates water supply of its host community in Abuja. ON April 14, 2016, Nestle Nigeria assembled a team of geological experts, businessmen and politicians to witness the commissioning of a N5.6 billion water factory in Manderegi, an agrarian community in Abaji local government area of the Federal Capital Territory (FCT). 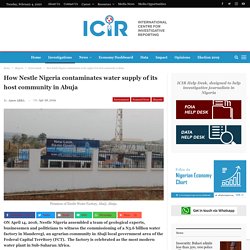 The factory is celebrated as the most modern water plant in Sub-Saharan Africa. Australien: Dürre und Feuer fabriziert - von wegen "Klimawandel" Blue Planet Project. Wall Street Mega-Banks Are Buying Up The World's Water. A disturbing trend in the water sector is accelerating worldwide. 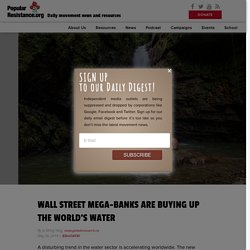 Billionaire T. It’s a strange New World Order in which multibillionaires and elitist banks can own aquifers and lakes, but ordinary citizens cannot even collect rainwater and snow runoff in their own backyards and private lands. “Water is the oil of the 21st century.” The Council of Canadians. European Water Movement · Protecting Water as a Commons. World Water Day: one in four children will live with water scarcity by 2040. One in four of the world’s children will be living in areas with extremely limited water resources by 2040 as a result of climate change, the UN has warned. 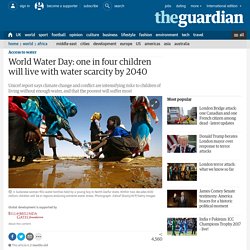 Within two decades, 600 million children will be in regions enduring extreme water stress, with a great deal of competition for the available supply. The poorest and most disadvantaged will suffer most, according to research published by the children’s agency, Unicef, to mark World Water Day on Wednesday. Drought conditions and conflict are driving deadly water scarcity in parts of Ethiopia, Nigeria, Somalia, South Sudan and Yemen. Unicef anticipates that more than 9 million people will be without safe drinking water this year in Ethiopia alone. Nearly 1.4 million children face imminent risk of death from acute malnutrition in South Sudan, Nigeria, Somalia and Yemen.

“Iran is facing a water crisis that is unparallelled in its modern history. “We want to reduce child deaths. French Court Rules It Unconstitutional To Cut Anybody Off From Water! It is now illegal for companies to shut off residents' water even if they cannot afford to pay their bill. 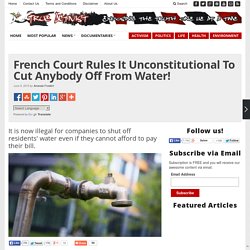 France is on a roll. First it passed legislation banning stores from wasting food, then news surfaced of the instigator behind that movement aspiring to take it global, and now the county’s court has just ruled that it is unconstitutional to cut anybody off from water even if they are unable to pay for it. Fighting for Water - Video. Water and sanitation are a human right! RTW 5yrs CofCBPP2. Water Liberty: How Innovation Trumps Privatization. Rady AnandaActivist Post. 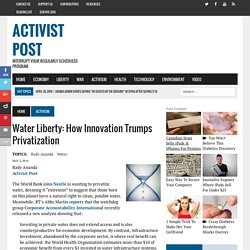