Ranging from Midway and Hawaii in the north to New Zealand in the south, the triangular area called Polynesia also includes Tahiti, Samoa, Tonga, Tuamotu, the Cook Islands, and the Pitcairn Islands. Although the mythology of Polynesia took different forms on various islands, many of the basic stories, themes, and deities were surprisingly similar throughout the region.

Foundations of Religion and Myth. Scholars believe that humans first migrated to Polynesia from Southeast Asia about 2,000 years ago. These people carried with them their mythological traditions about events, deities, and heroes. Polynesian religion and mythology placed great emphasis on nature, particularly the ocean environment. Because mana was sacred, Polynesians invented complicated rules to protect it. Origin of Yams deity god or goddess Major Gods and Characters. Maya Legends (Folklore, Myths, and Traditional Mayan Indian Stories) Indian languages Indian culture American Indian arts This is our collection of links to Maya myths and traditional stories that can be read online. 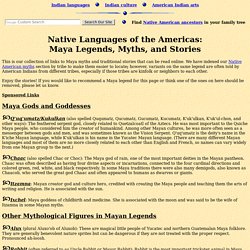 We have indexed our Native American myths section by tribe to make them easier to locate; however, variants on the same legend are often told by American Indians from different tribes, especially if those tribes are kinfolk or neighbors to each other. Enjoy the stories! Amaterasu – Mythopedia. Amaterasu is the great and glorious goddess of the sun. 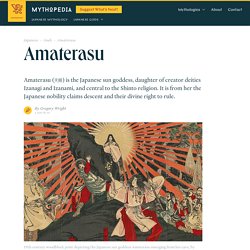 An embodiment of the rising sun and Japan itself, she is the queen of the kami and ruler of the universe. The Japanese Imperial Family claims to have descended from her, and this is what gives them the divine right to rul Japan. Japan Demographics 2020 (Population, Age, Sex, Trends) - Worldometer. Population of Japan (2020) View live population, charts & trends: Population of Japan Japan Population Fertility in Japan A Total Fertility Rate (TFR) of 2.1 represents the Replacement-Level Fertility: the average number of children per woman needed for each generation to exactly replace itself without needing international immigration. 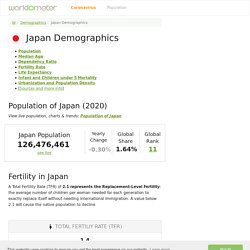 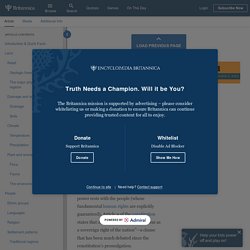 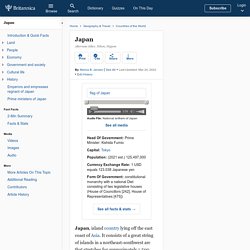 It consists of a great string of islands in a northeast-southwest arc that stretches for approximately 1,500 miles (2,400 km) through the western North Pacific Ocean. Nearly the entire land area is taken up by the country’s four main islands; from north to south these are Hokkaido (Hokkaidō), Honshu (Honshū), Shikoku, and Kyushu (Kyūshū). Mayans: Civilization, Culture & Empire. Native Hawaiian/Other Pacific Islander - The Office of Minority Health. Hawaii - Government and society. Constitutional framework Hawaii is governed by a constitution that was originally adopted in 1950; it was amended in 1959, at the time of admission to statehood, and further amended at the constitutional convention of 1968. 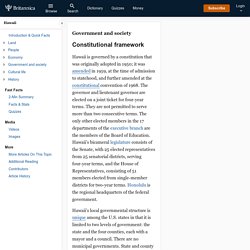 The governor and lieutenant governor are elected on a joint ticket for four-year terms. They are not permitted to serve more than two consecutive terms. Polynesian culture - Religion. Polynesian belief systems emphasized animism, a perspective in which all things, animate and inanimate, were believed to be endowed to a greater or lesser degree with sacred supernatural power. 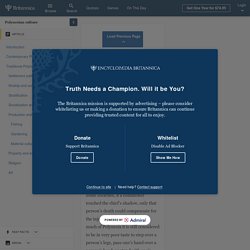 That power, known among Polynesians as mana, could be nullified by various human actions, and many of the region’s tapu (“prohibitions” or “taboos”) were intended to prevent such behaviours. As is typical of animist cultures, religious concerns permeated all aspects of life. Polynesian chiefs had great mana—so great, in fact, that in some societies, if a commoner touched the chief’s shadow, only that person’s death could compensate for the injury to the chief’s mana. In much of Polynesia it is still considered to be in very poor taste to step over a person’s legs, pass one’s hand over a person’s head, or stand with one’s head higher than that of a person of high rank, because these actions are believed to sap a person’s mana.

Robert Carl Suggs Robert C. Origin, Belief, & Place of Worship. For Tylor, the concept of animism was an answer to the question, “What is the most rudimentary form of religion which may yet bear that name?” 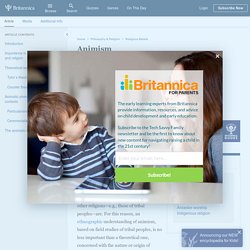 He had learned to doubt scattered reports of peoples “so low in culture as to have no religious conceptions whatever.” He thought religion was present in all cultures, properly observed, and might turn out to be present everywhere. Far from supposing religion of some kind to be a cornerstone of all culture, however, he entertained the idea of a pre-religious stage in the evolution of cultures and believed that a tribe in that stage might be found. To proceed in a systematic study of the problem, he required a “minimum definition of religion” and found it in “the Belief in Spiritual Beings.”

If it could be shown that no people was devoid of such minimal belief, then it would be known that all of humanity already had passed the threshold into “the religious state of culture.” Polynesian languages. History, Religion, Traditions, & Facts. Polynesian culture, the beliefs and practices of the indigenous peoples of the ethnogeographic group of Pacific islands known as Polynesia (from Greek poly ‘many’ and nēsoi ‘islands’). Polynesia encompasses a huge triangular area of the east-central Pacific Ocean.

The triangle has its apex at the Hawaiian Islands in the north and its base angles at New Zealand (Aotearoa) in the west and Easter Island (Rapa Nui) in the east.