How to Handle the Naysayer on Your Team. Just over a year ago, I talked with the executive vice president of HR for a Fortune 100 company about Joe,* a member of the senior leadership team: “Joe has good ideas, but he’s really negative, and he always plays the devil’s advocate. 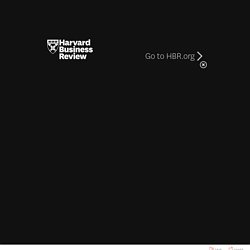 The CEO doesn’t really listen to Joe in meetings anymore because he’s tired of hearing the challenges and opposition. I think the CEO is finally done trying to make it work.” Two months later, Joe was fired. Despite Joe being brilliant, driven, insightful, and knowledgeable about the industry, and having a long and successful career in the organization, his pattern of critiquing and disagreeing led to his termination. How to Help an Underperformer - Amy Gallo. How to Be a Better Listener. When you mention the qualities you look for in great salespeople, it’s nearly a given that the gift of gab is near the top of the list. 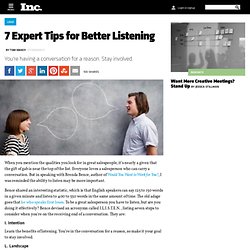 Everyone loves a salesperson who can carry a conversation. But in speaking with Brenda Bence, author of Would You Want to Work for You? , I was reminded the ability to listen may be more important. Bence shared an interesting statistic, which is that English speakers can say 125 to 150 words in a given minute and listen to 400 to 550 words in the same amount of time. Performance management: How to give feedback │ BDC.ca. February 15, 2014 As an entrepreneur, it's part of your job to give feedback—both positive and negative—to your employees as part of a good performance management system. 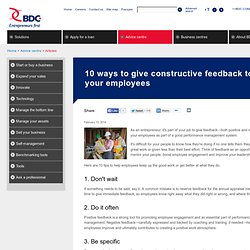 How to Give Your Team Feedback - Rebecca Knight. Business books, magazines, and blogs are chock full of advice about how to give feedback to individuals, but how do you do the same for your entire team? 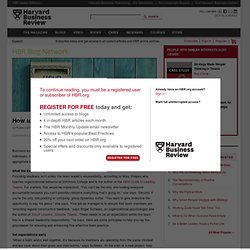 What type of constructive criticism is appropriate in a group setting? How much is too much? And how should your colleagues help? What the Experts Say Providing feedback isn’t solely the team leader’s responsibility, according to Mary Shapiro who teaches organizational behavior at Simmons College and is the author of the HBR Guide to Leading Teams. How Conflicts go Viral. Lindred Greer is an assistant professor of organizational behavior at Stanford Graduate School of Business. 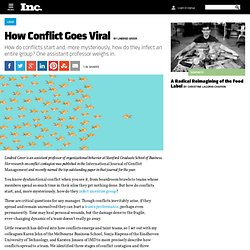 Her research on conflict contagion was published in the International Journal of Conflict Management and recently named the top outstanding paper in that journal for the year. Help Your Team Make Smarter Decisions. Every day, your employees are making decisions. 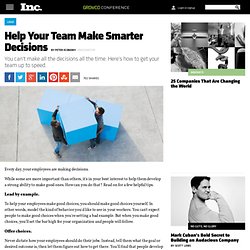 While some are more important than others, it's in your best interest to help them develop a strong ability to make good ones. How can you do that? Read on for a few helpful tips. Employee Motivation: A Powerful New Model. Getting people to do their best work, even in trying circumstances, is one of managers’ most enduring and slippery challenges. 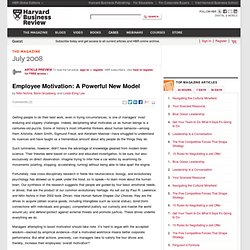 Indeed, deciphering what motivates us as human beings is a centuries-old puzzle. Some of history’s most influential thinkers about human behavior—among them Aristotle, Adam Smith, Sigmund Freud, and Abraham Maslow—have struggled to understand its nuances and have taught us a tremendous amount about why people do the things they do. Such luminaries, however, didn’t have the advantage of knowledge gleaned from modern brain science. Why I Cheer When My Employees Leave. Smart Rules: Six Ways to Get People to Solve Problems Without You. The Idea in Brief To deal with an ever more complex environment, many companies increase their complicatedness, adding new coordination procedures and structures. 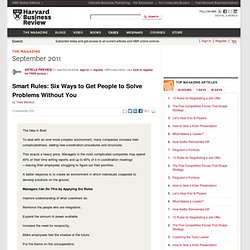 This exacts a heavy price. Managers in the most complicated companies may spend 40% of their time writing reports and up to 60% of it in coordination meetings—leaving their employees struggling to figure out their priorities. A better response is to create an environment in which individuals cooperate to develop solutions on the ground. Managers Can Do This by Applying Six Rules Improve understanding of what coworkers do. Four Areas Where Senior Leaders Should Focus Their Attention « Peter Bregman. It was getting close to lunch time and the people seated around the table — the CEO and seven of his direct reports — were clearly getting antsy. 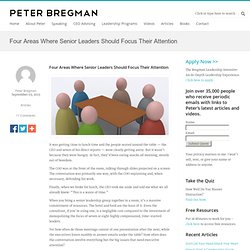 But it wasn’t because they were hungry. In fact, they’d been eating snacks all morning, mostly out of boredom. The COO was at the front of the room, talking through slides projected on a screen. The conversation was primarily one way, with the COO explaining and, when necessary, defending his work. Finally, when we broke for lunch, the CEO took me aside and told me what we all already knew: “This is a waste of time.” When you bring a senior leadership group together in a room, it’s a massive commitment of resources. Nine Rules for Stifling Innovation - Rosabeth Moss Kanter. By Rosabeth Moss Kanter | 9:00 AM January 15, 2013 Innovation has become the holy grail. 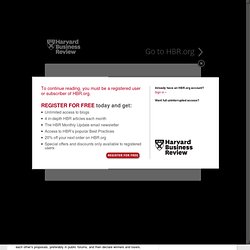 What motivates employees? It’s not just the money. Many managers believe they can motivate most of their employees with money. Others counter that appreciation and recognition is the driving force. But Ilona Jerabek, a Montreal-based psychological researcher, says it’s much more complicated. She has tested 23 tangible and intangible incentives, and says motivating employees is multidimensional. 8 Truths for Great Teams. How to Disarm a Nasty Co-Worker: Use a Smile. Turning the Tables on Success. In the old world of work, good guys finished last. “Takers” (those in organizations who put their own interests first) were able to climb to the top of hierarchies and achieve success on the shoulders of “givers” (those who prefer to contribute more than they receive). Throughout much of the 20th century, many organizations were made up of independent silos, where takers could exploit givers without suffering substantial consequences.

But the nature of work has shifted dramatically. Today, more than half of U.S. and European companies organize employees into teams. The rise of matrix structures has required employees to coordinate with a wider range of managers and direct reports. The Ideal Praise-to-Criticism Ratio - Jack Zenger and Joseph Folkman. By Jack Zenger and Joseph Folkman | 8:00 AM March 15, 2013 Which is more effective in improving team performance: using positive feedback to let people know when they’re doing well, or offering constructive comments to help them when they’re off track?

New research suggests that this is a trick question. The answer, as one might intuitively expect, is that both are important. Great Employees Are Not Replaceable. Five Ways to Become a Better Team Player.