Panke.gallery. Joachim Blank, 1963 born in Aachen (DE), is an artist based in Berlin working with different materials, media and formats. 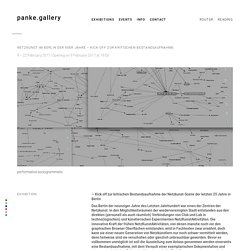 In the early 90ies he became a cofounder of early „Net Art“ projects. From 1996 – 2005 he collaborated with Karl Heinz Jeron as Blank & Jeron. Since 2003 he is a Professor of Media Art at the Academy of Fine Arts (HGB) in Leipzig. The confrontation with the digital world has become a main aspect of his own artistic practice. TI Design - This LED table does an incredible rendition of... TI Design - These walls change their display as you walk... TI Design - This levitating indoor cloud actually has its... Is this the first Instagram masterpiece? Coding and Choreography Combine in This Dynamic Dance Performance. Dance x Multimedia Series has dancers interacting with technology. 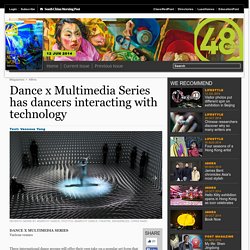 This month, Taiwan's Anarchy Dance Theatre, Britain's Motionhouse, and MIDASpaces from Ireland will stage their multisensory shows in the city at the invitation of the Leisure and Cultural Services Department. The beauty of these cross-genre productions lies in the boundless possibilities, says MIDASpaces, which stands for "mapped, interactive and digitally augmented spaces". Watch: This 3-D Software Is Adobe Illustrator on Acid.

This is Adrien Mondot during a performance of Cinamatique. 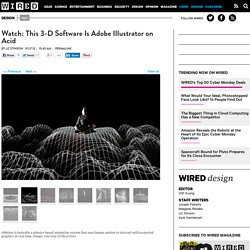 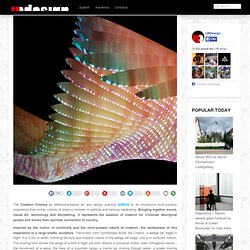 Bringing together sound, visual art, technology and storytelling, it represents the essence of creation for Victorian Aboriginal people and shows their spiritual connection to country. Ole kristensen. Tango. "Thirty-six characters from different stages of life - representations of different times - interact in one room, moving in loops, observed by a static camera. 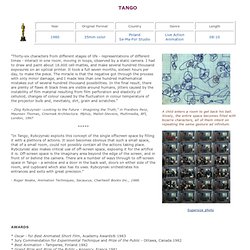 I had to draw and paint about 16.000 cell-mattes, and make several hundred thousand exposures on an optical printer. It took a full seven months, sixteen hours per day, to make the piece. Adrien M / Claire B. Martinpeniak.com. New iPad Act - Stockholm with Charlie Caper and Erik Rosales - from MIPIM in Cannes v 3. Artist Manipulates 48 Pools Of Water With Her Mind.

Synchronous Objects. A context for moving ideas. Telenoika AV Community. Pantomation (1977-1979) Res, a matter. Following our previous study on biophysical and spatial sensing, we narrowed down the focus of our research, and constrained a new study to MMI with 2 biosignals only. 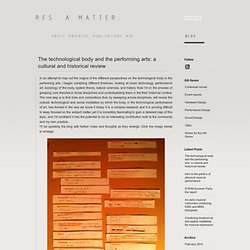 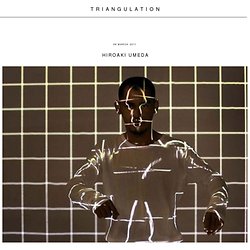 Hiroakiumeda.com. CreativeApplications.Net. Amon Tobin. Mr.doob. LPM 2013 Live Performers Meeting. Technology and the Brightest Young Minds in Music, Art, Film, and Design. The New Aesthetic. A GLIMPSE into the future of retailing is available in a smallish office in Hamburg. 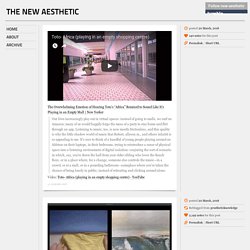 From there, Otto, a German e-commerce merchant, is using artificial intelligence (AI) to improve its activities. The firm is already deploying the technology to make decisions at a scale, speed and accuracy that surpass the capabilities of its human employees.Big data and “machine learning” have been used in retailing for years, notably by Amazon, an e-commerce giant. The idea is to collect and analyse quantities of information to understand consumer tastes, recommend products to people and personalise websites for customers. 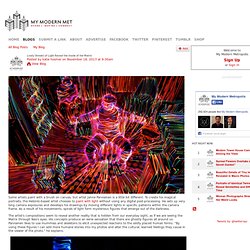 To create his magical portraits, the Helsinki-based artist chooses to paint with light without using any digital post-processing. He sets up very long camera exposures and develops his drawings by moving different lights in specific patterns within the camera frame. As a result of his movements, spirals of light form mysterious figures that emerge out of the darkness. Universal Everything. Me and my shadow. Me and my shadow is an installation project combining telepresence and motion capture. 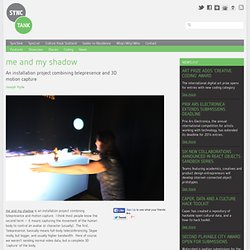 I think most people know the second term – it means capturing the movement of the human body to control an avatar or character (usually). The first, ‘telepresence’, basically means full-body teleconferencing. Skype really, but bigger, and usually higher bandwidth. להדליק רמקולים!!