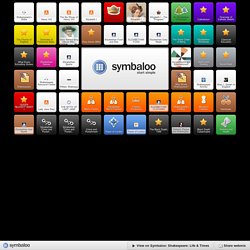 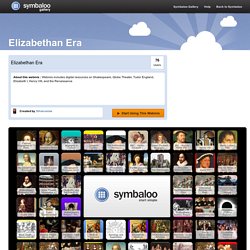 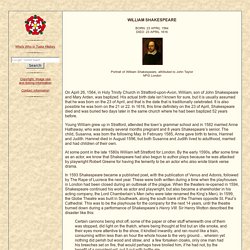 His actual birth date isn’t known for sure, but it is usually assumed that he was born on the 23 of April, and that is the date that is traditionally celebrated. It is also possible he was born on the 21 or 22. In 1616, this time definitely on the 23 of April, Shakespeare died and was buried two days later in the same church where he had been baptized 52 years before. Young William grew up in Stratford, attended the town’s grammar school and in 1582 married Anne Hathaway, who was already several months pregnant and 8 years Shakespeare’s senior.

The child, Susanna, was born the following May. At some point in the late 1580s William left Stratford for London. In 1593 Shakespeare became a published poet, with the publication of Venus and Adonis, followed by The Rape of Lucrece the next year. Within a year, the Globe was rebuilt, this time with a tiled roof. Shakespeare's Life-Folger Shakespeare Library. William Shakespeare was born in April 1564 in the town of Stratford-upon-Avon, on England’s Avon River. 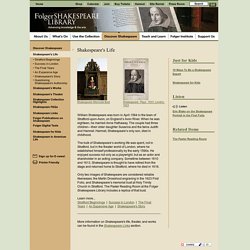 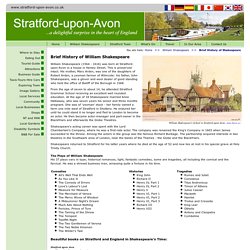