Kafka. All of my 2020 LinkedIn posts, plus a few favorites. ErgoDox EZ Original Standalone. Understanding Firewalls Through the Lens of Stateful Protocol Inspection. Concepts - Kubernetes basics for Azure Kubernetes Services (AKS) - Azure Kubernetes Service. 3 Hours Of Free Training Videos On Active Directory Deep Dive How To Manage Devices. Microsoft’s Active Directory offers a central way for IT systems administrators to manage user accounts and devices within an IT infrastructure network. 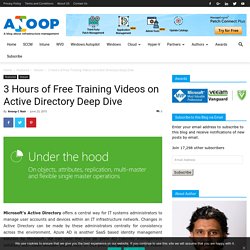 Changes in Active Directory can be made by these administrators centrally for consistency across the environment. Azure AD is another SaaS based identity management solution by Microsoft. We can sync the you on prem AD (identity management solution) with cloud solution (Azure AD). Get started - Active Directory 101. PICOL - Pictorial Communication Language - Icons & Pictorgrams. eBooks. 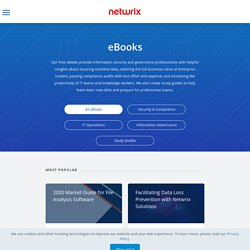 Read the 2020 Market guide to learn more. How to hide native tabs in Firefox 57 + Tree Style Tabs? : firefox. Disable elements of the firefox 57 UI for TreeStyleTab. How to enable the root user on your Mac or change your root password. Mac administrators can use the root user account to perform tasks that require access to more areas of the system. 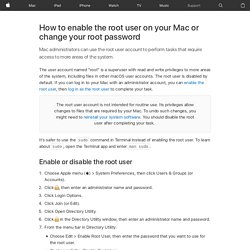 The user account named ”root” is a superuser with read and write privileges to more areas of the system, including files in other macOS user accounts. The root user is disabled by default. If you can log in to your Mac with an administrator account, you can enable the root user, then log in as the root user to complete your task. The root user account is not intended for routine use. Its privileges allow changes to files that are required by your Mac. It's safer to use the sudo command in Terminal instead of enabling the root user. Enable or disable the root user Log in as the root user. “Fixing” kernel_task CPU Problems in MacOS 10.7/10.8. Migration tutorial > Backing up > Deleting old panel > Migrating to new panel - Tutorials - 000webhost forum. Free Hosting Errors Are Being Worked On There is an issue with the shared free hosting servers which is causing 403 Forbidden, 404, 500 Operation Not Permitted, and 502 Bad Gateway errors on the sites. 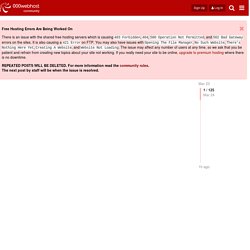 It is also causing a 421 Error on FTP. You may also have issues with Opening The File Manager, No Such Website, There's Nothing Here Yet, Creating A Website, and Website Not Loading. The 100 Websites That Rule the Internet. For the full-size version of this giant infographic click here. 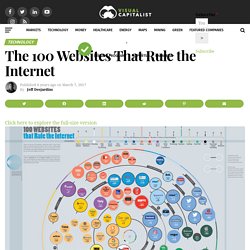 There are over 1.1 billion websites on the internet, but the vast majority of all traffic actually goes to a very select list of them. Google.com, for example, has an astounding 28 billion visits per month. The next closest is also a Google-owned property, Youtube.com, which brings in 20.5 billion visits. Today’s infographic comes to us from Vodien, and it lists the 100 highest ranking websites in the U.S. by traffic, according to website analytics company Alexa.

Use non-ASCII characters in your password - Infosecurity Magazine. To paraphrase Mark Twain, the reports of the death of the password are greatly exaggerated. 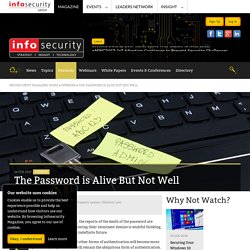 Proclaiming their imminent demise is wishful thinking, for they are with us for the indefinite future. Biometric, multifactor and other forms of authentication will become more prevalent, but passwords will remain the ubiquitous form of authentication. We should focus on making them better, not replacing them. The problems with passwords. Manage Office 365 Group Creation.

This article describes how Office 365 admins can control their users's ability to create Office 365 groups in their environment. 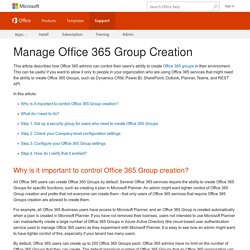 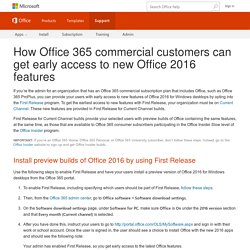 To get the earliest access to new features with First Release, your organization must be on Current Channel. These new features are provided in First Release for Current Channel builds. The Best Project Management Software: 50 Tools for Team Task Management. To-do lists alone aren't enough to send a man to the moon, build a pyramid, and create the device you're reading on right now. 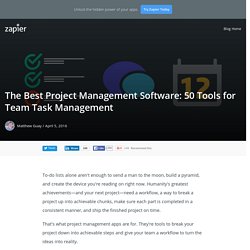 Humanity's greatest achievements—and your next project—need a workflow, a way to break a project up into achievable chunks, make sure each part is completed in a consistent manner, and ship the finished project on time. That's what project management apps are for. They're tools to break your project down into achievable steps and give your team a workflow to turn the ideas into reality. Over the past four months, we've tested more than 75 project management tools. These systems come in every shape and size, from simple team task management apps to advanced collaboration software that combine hundreds of tools into one. After an exhaustive look at the top project management software, we've pared down the field to 50 apps across four categories, from core project management to customizable project tools. 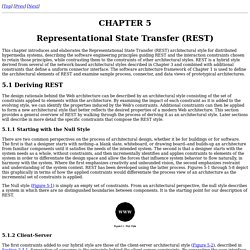 REST is a hybrid style derived from several of the network-based architectural styles described in Chapter 3 and combined with additional constraints that define a uniform connector interface. Replacing MyOpenID. In September Janrain announced that they were shutting down MyOpenID. Paul Ford: What is Code? Microsoft drops unlimited OneDrive storage after people use it for unlimited storage. A little over a year ago, Microsoft announced that paid Office 365 Home and Personal subscribers would get, as part of their subscription, unlimited cloud storage on its OneDrive service. Yesterday, the company announced that it wasn't going to do that after all. It turns out that if you offer unlimited storage to people, a few of them actually take you at your word and trust that you are truly offering unlimited storage, and then they start using it.

Explaining the backtracking, the new blog post complains that a small number of paying customers were using OneDrive to store backups of multiple PCs and large collections of movies and TV shows. Some of these outliers used more than 75TB of space, which Microsoft says is 14,000 times the average (putting the average OneDrive user at about 5.5GB). GIT vs SVN. Revision control, also known as version control, source control or software configuration management (SCM), is the management of changes to documents, programs, and other information stored as computer files. Version control systems provide the ability to track (and potentially revert) incremental changes to files, reporting them to a mailing list as they are made, and can be used concurrently by many developers. Distributed vs Centralized To better understand the comparison of this two Version Control tools, first we must understand what is the difference between Centralized and Distributed (Decentralized) version control systems.